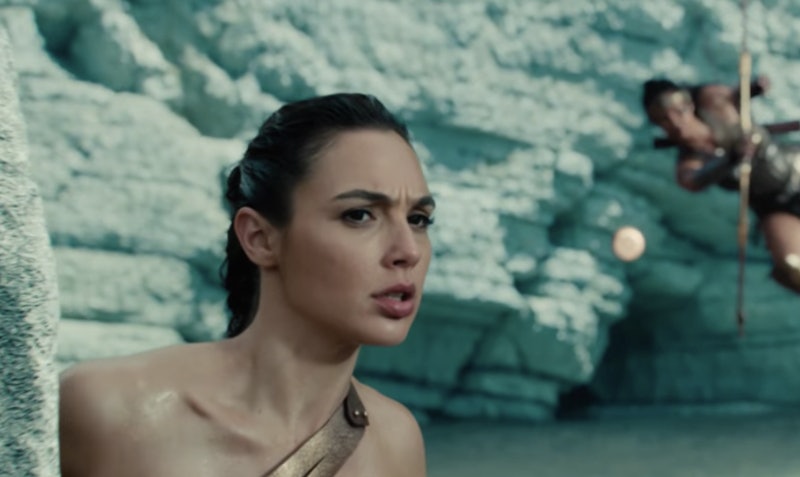 I'm not here to load you up with a big list of everything to see next year, because we all deserve a breather before award season properly begins. Instead, I'm here with a single recommendation of the one movie to get excited about in 2017: Wonder Woman. No long checklist, no instructions about film festivals to follow up on; just one movie to get psyched up about for the next 12 months, starring Gal Gadot as the Amazonian, indestructible bracelet-wearing, Lasso of Truth-slinging Diana Prince.

Because of course that's my pick. How was it ever going to be any other movie than Wonder Woman? Not only have I been waiting for a female-helmed superhero movie for literally my entire life, since Iron Man practically breathed life back into the genre, but I've been waiting for this particular female-helmed superhero movie for almost as long. The promise of a Wonder Woman movie has been knocking around the comic book industry since 1996. I'll put that another way: By the time it comes out on June 2, the the germ of an idea that is Wonder Woman will be old enough to drink.

Back then, it was attached to director and producer Ivan Reitman, but I have even better news about this 2017 project: It's directed by a woman. That's real-life superhero Patty Jenkins, who has refused to treat this film any differently simply because it starts a woman in the central superhero role that we've become so accustomed to being filled by men:

We’ve spent years treating male heroes in certain ways. I just applied those same tropes to her, and all these incredible radical moments suddenly appear to an audience.

What she's promising is that this will be a superhero film in the mold of all other superhero films, with slow-motion battle and our heroine protecting her love interest and rejecting the often-ill-advised advice of others who assume they know better. It's the kind of feminist choice that simultaneously changes the conversation about female directors, and sets audiences up for what sounds like a totally bad-ass, ballsy film.

And that's before I even talk about who's starring in it. There's Gal Gadot, of course, in the title role, but Wonder Woman also stars such big names as Robin Wright and Chris Penn, as well as a diverse cast of up-and-comers that I'm excited to get to know.

I guess what I'm getting at here is that this entire project seems impeccably thought out, and there isn't a single element of the movie that I'm not completely amped for. So, if you gear yourself up for one movie in 2017, please let it be Wonder Woman — if only so that I have people obsess over it with.