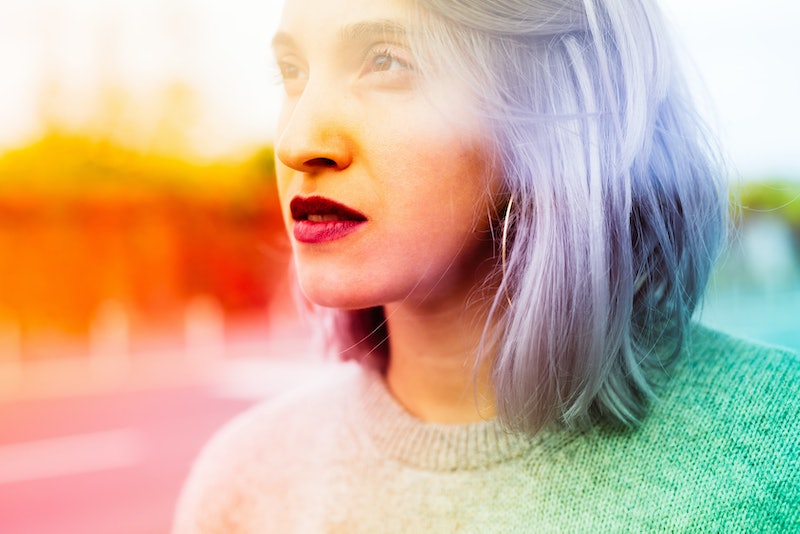 While it's common to have all kinds of self-doubt after being cheated on, asking yourself this one question can do you a lot more harm than good: What did I do wrong? The truth is, nothing at all. But at the time, it seems like nothing can kill your self-confidence more than finding out that you've been betrayed by someone you truly love. As a recent study found, placing the blame on yourself can even make the physical and mental effects of infidelity so much worse.

"Being cheated on plunges our bodies into a primitive stress response," licensed marriage and family therapist, Dr. Paul Hokemeyer tells Bustle. "It tells our brains to produce a host of hormones including adrenaline and cortisol. While these hormones can in the short run get us out of harm's way, in the medium to long term, they can have a destructive toll on our lives by causing us to act in compulsive and self-destructive ways."

Those immediate self-destructive ways could include substance abuse, risky sexual behavior, and overeating or not eating at all. Furthermore, the anger, obsessive thoughts, depression, and self-doubt that you may experience after someone cheats on you can stay with you.

"Don't ask what you did wrong. That question assumes you had some culpability and makes you out as the villain or a shady character who deserves to be punished."

But placing blame on yourself is never the answer. Instead, the best thing to do in the wake of a romantic betrayal is to bounce back stronger than ever. "Focus on resilience rather than regret," Hokemeyer says. "Don't ask what you did wrong. That question assumes you had some culpability and makes you out as the villain or a shady character who deserves to be punished."

Instead, Hokemeyer suggests, you should be asking yourself what warning signs you missed. What traits in your partner did you fail to see or ignore? "These are the traits that made them shady and ultimately untrustworthy," he says. "By shifting the analysis away from you to them, you'll put the blame squarely where its due and help yourself avoid similar [partners] in the future."

So instead of asking yourself what you did wrong, ask yourself these questions instead: