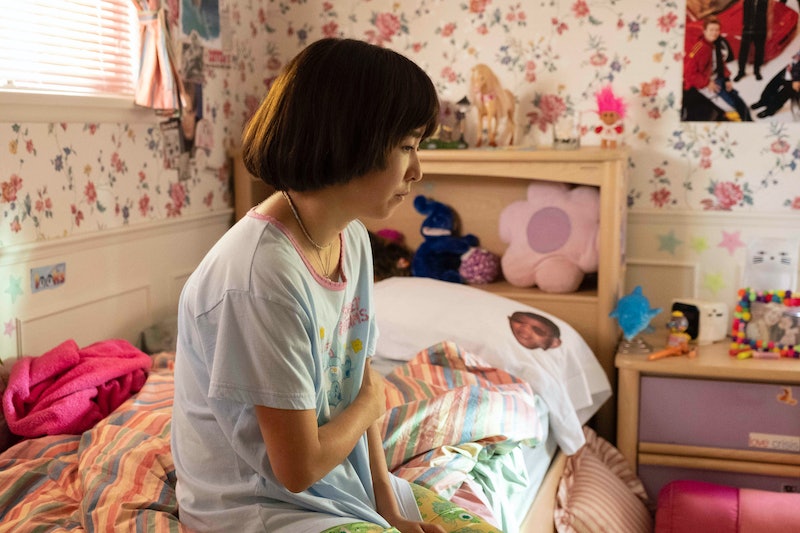 It's a tale as old as time: while making her My Little Ponies kiss, Maya feels her crotch pulsate and realizes that touching it feels good. Suddenly, everything turns her on — sand dunes, eyebrows, ears, knees, they all remind her of sex. Anna, meanwhile, is having problems at home, and doesn't understand why Maya keeps blowing her off. As viewers know, that's because she quite literally can't stop touching herself. It's a whole new frontier, and the seventh grader spends hours in her bed, in her closet, and even in the bathroom at school stimulating herself.

When Maya finally comes clean to Anna about what she's been up to, it's through nervous tears. "I'm like Sam, only I'm grosser because I'm a girl," she explains, referring to a male classmate. "And I'm a pervert, and I really shouldn't be doing what I'm doing. I've been putting my hands down my pants — my area — down there to feel good."

She expects her friend to confirm her worst fears, but Anna instead offers, "When I'm in bed, sometimes I put my hands between my legs to feel good." Maya then asks if she feels gross, to which Anna responds, "How gross can I feel if you do it, too?" (A later scene reveals that Anna is actually just placing her folded hands between her legs in a completely non-sexual way, but the little white lie helps to assuage Maya's guilt).

Missy eventually rejects any stigma associated with horniness, as does Maya with Ojichan — her own personal Shame Wizard. That Maya's self-gratification is portrayed by a real person, not a cartoon, makes it that much more realistic and impactful, while the fact that actor Maya Erskine is actually 31 keeps the scenes from feeling invasive or exploitative. It's a no-nonsense look at female self-pleasure that ultimately reveals how normal and common it really is, and while it may be happening on a show called PEN15, that means everything for women.