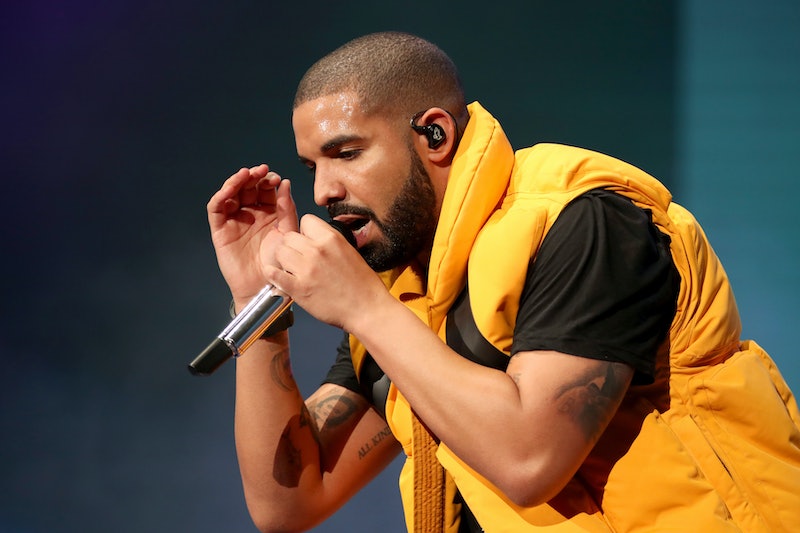 In case you feel a bit out of the loop, the #InMyFeelingsChallenge is the biggest dance craze today. The dance pairs with the lyrics of Drake's track "In My Feelings" off of his 2018 release Scorpion and it was first introduced into the fold by Instagram funnyman Shiggy over the Fourth of July weekend. Since then, the dance has taken the world by storm. Accompanied by the hashtag #DoTheShiggy everyone, whether child, parent, or business professional, has posted their version of Shiggy's popularized dance to the internet.

Shiggy's 1.5 million Instagram followers can attest to the fact that the entertainer is known for bringing light to their social feeds, through his hilarious dancing videos or his beautiful poetry. And so, it was only a matter of time before one of his 60-second clips would have this type of impact on the culture. With the help of Shiggy, what wasn't even supposed to be one of Scorpion's singles — as Drake's "God's Plan," "Nice for What" and "Upset" were seemingly pushed massively — is now dominating radio stations. It's only right that Drake show his appreciation, right?

Well, on Tuesday, July 18, both Shiggy and Drake posted Instagrams of the two posing for the camera, and according to the "In My Feelings" rapper, the occasion was oh, so special. Drake captioned his picture, "met the legend on the night we went number one," letting the world know just how he felt about finally linking up with the social media sensation.

In all fairness, Drake hasn't been turning a blind eye to "In My Feelings" success, because seriously... how could he? Everyone has been participating in the challenge, including some of the biggest stars in the world, like Stranger Things' Millie Bobby Brown and Noah Schnapp, This Is Us's Sterling K. Brown and Susan Kelechi Watson, legendary actor Will Smith, oh, and yes... Drake himself.

While chatting it up with The Breakfast Club in a Wednesday, July 11, published interview, Shiggy also confirmed that the Toronto native commented underneath challenge videos fairly often. And though, at the time of the interview, he and Drake had only connected via the social site, it was only a matter of time before the two celebrate, both, the hip hop track and the dance challenge's success.

During the interview Shiggy was asked whether or not he was compensated financially for seemingly helping the Drake track dominate the industry. But according to Shiggy, he wasn't seeking out any of the sort. Through the challenge's success, Shiggy has gained a slew of new followers, and has even recieved a verified symbol on the platform. And although these accomplishments may not result in a bank-breaking check right now, when thinking about his goals of having his own television sitcom and becoming a household name — per the interview — they are definitely steps in the right direction.

As previously noted, Shiggy posted the same picture as Drake on July 18, and under his, wrote the caption "Life Is Amazing It Is What It Should Be." If he hasn't already, the social media influencer is well on his way to becoming a household name. And Drake seemingly being the generous human that he is (have you not seen the video for "God's Plan"?), who knows what opportunities he may have had up his sleeve for the young comedian who helped, in some way, his latest success.

More like this
Lauv Is No Stranger To Taylor Swift, Drake, Ed Sheeran, & Fame
By Alyssa Lapid
Kathy Hilton Tried To Explain Why She Misidentified Lizzo As Precious On Live TV
By Jake Viswanath
Sophie Turner & Joe Jonas’ Fave Taylor Swift Album Is Full Of “Bangers”
By Sam Ramsden
The Sean Bean Intimacy Coordinator Controversy, Explained
By Sam Ramsden
Get Even More From Bustle — Sign Up For The Newsletter