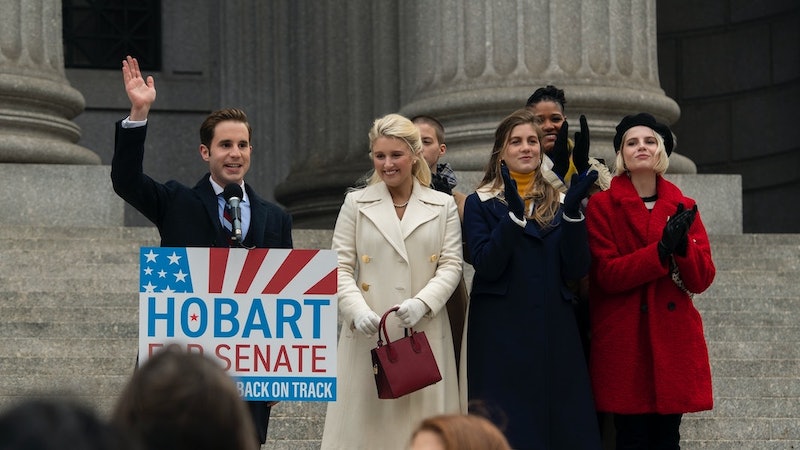 The political warfare continues: The Politician Season 2 will still premiere this summer, according to creator Ryan Murphy. The showrunner confirmed that the fervid adventures of Payton Hobart (Ben Platt) and co. running for a seat on the New York State Senate will, in fact, return to Netflix in mid-June despite the coronavirus. It turns out, production finished prior to the COVID-19 shutdown across Hollywood; however, the same cannot be said for Season 3.

“Season 2, we were lucky enough that we finished filming and editing right before the coronavirus thing happened,” Murphy said in an interview with Collider on April 29. “We have a great second season and I think we’re trying to figure out how [to] mix them now in the social distancing age. I think we’ve figured it out.” Murphy added, “I’m really proud of it. I love what we came up with, Brad Falchuk and Ian Brennan and I.”

Murphy also teased that he’d like to limit the series to a three-season arc, taking a few years off after Season 2 so Platt could “get a little bit older for his final race.” He told Collider, “That would obviously be a presidential race, right? That’s always what we had designed, and I think that’s what our plan is.” He added, “Ben is young, so I want to wait a couple of years to figure out how we age him up a little bit. But that’s always been my plan.”

The first season concluded with a time jump: Payton, now an NYU college student, is adrift and drowns his sorrows with alcohol and piano performances at a local bar after a contentious high school senior year that included the death of his friend, River (David Corenswet). Ultimately, he reunites with his old pals to run for Senate against Politician newcomers Dede Standish (Judith Light) and her domineering chief of staff, Hadassah Gold (Bette Midler).

While viewers will have to wait until June to see how these dynamics play out, another Murphy project will soon arrive on Netflix. Hollywood, a drama series about aspiring actors and filmmakers in post-World War II Hollywood, will premiere on May 1 to tide Politician fans over. Given Murphy’s affinity to cast the same actors in his various projects (à la John Hughes and Wes Anderson), fans will recognize Politician alums Corenswet and Dylan McDermott in the series.

Two Murphy projects in May and June? Sounds like a quarantine queue dream.