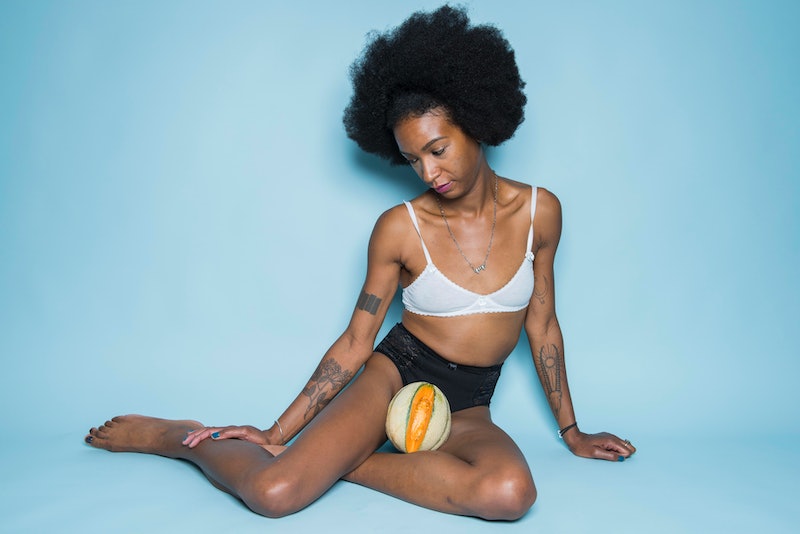 When I was little, my mom always referred to my “vagina” when talking about my genitals. They were never my hoo-hoo or foo-foo or minnie or girly bits.vSometimes she might have said “private parts” but that was more about teaching tiny little exhibitionist me that it wasn’t OK to lift up my skirt in public. And while I’ll be forever grateful to my feminist mama for never making me think that genitals were something that needed to be talked about in code, I do have to point out one thing. Mom? You were using the wrong word. Most of the time, you were talking about my vulva — not my vagina.

I know, I know — it seems pedantic. It seems a little like nitpicking. It’s total feminist killjoy territory. It’s like, who cares what we call our genitals? But the thing is, the words we use matter. And when we say vulva instead of vagina, we’re saying a lot more than we realize.

First of all, let’s define the difference between the two, which can be summed up in two words: inside and outside. The vagina is the canal that connects the uterus with the outside world. It’s the area that menstrual blood flows through or babies come out of or where penises/toys/fingers go during penetrative sex. The vulva, on the other hand, is all of the stuff that you can more or less see when you take your pants off: the mons pubis, inner and outer labia, clitoral head, urethral opening, vaginal opening, perineum, and anus. (Or, in less clinical terms, the fleshy part that’s usually covered by a “v” shape of pubes, the inner and outer lips, the clit, the hole where urine comes out, the vaginal hole, the skin between the vaginal hole and the butthole, and the butthole.)

"The vulva is not synonymous with the vagina and vice versa," sex-positive pelvic health physical therapist, sex educator and counselor Dr. Uchenna Ossai tells Bustle. "It's like saying that you have 'neck pain' when it's really your shoulder that bothers you."

So when should you use "vagina" versus "vulva? "So usually when we’re referring to our or someone else’s genitals, we’re talking about the vulva, right? Pretty much unless you’re discussing putting something (like a tampon or a toy or a finger or penis) in or taking something (like a tampon or toy or penis or baby) out, you don’t interact with the vagina much," Dr. Ossai says. "But the vulva? The vulva has so much fun stuff! I mean, the head of the clit alone is the favorite body part of so many humans and labia are potentially the softest part of the body, not to mention fascinating. So why call it all “vagina?”

When you reduce the genitals to the vagina, you’re forgetting all of those other really important parts. Dr. Madeleine M. Castellenos, MD, writes on her site TheSexMD that by referring to genitals as the “vagina,” we’re putting focus on the body part that plays the primary role in giving men pleasure — at least in heterosexual sex. Considering the fact that most people with vaginas need stimulation on their vulva (and on their clitoris in particular), using vagina as a blanket term is effectively erasing a huge part of our sexuality.

“That we call the female genitals ‘the vagina’ speaks volumes about the politics of sex,” Mary Katharine Tramontana writes in VICE. ”’Vagina’ keeps the focus on straight male pleasure.”

Dr. Ossai points out the fact that using the wrong terms could also result in some embarrassing bedroom moments. "When it comes to [sex] logistics, being as specific as possible with your partner is crucial for a pleasurable sexual experience," Dr. Ossai says. "Using the right terminology is going to make a world of difference for you and your [partner]; as well as avoid a potentially embarrassing moment."

Look, women and other people with vaginas have enough trouble when it comes to sex — the orgasm gap is real, y’all and the full shape of the clitoris wasn’t even “discovered” until 1998. There’s a long history of literally erasing the parts of our bodies that bring us pleasure: Check out the removal of the clit from anatomy textbooks, female genital mutilation that includes labiaplasty, and the many, many people who still don’t believe the G-spot is real. Let’s not contribute to that erasure by using the wrong words.