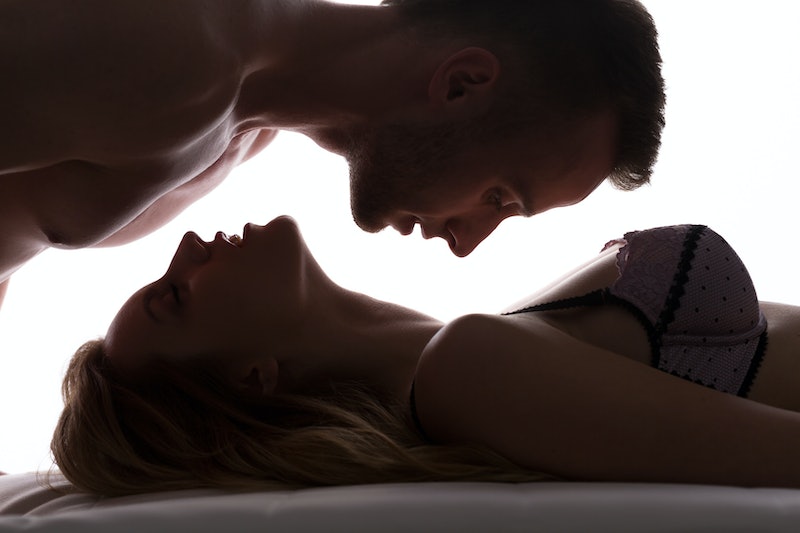 I first heard about the G-spot when a group of boys in math class bragged about how they "hit it" every time. As a 15-year-old with a strong interest in having an orgasm (that usually meant doing weird things with the shower head), I was intrigued by this foreign "spot" that seemed to be the key to an easy and intense climax. The boy's weren't wrong , but they weren't exactly right either.

I would say that even after extensive research, the G-spot remains a mystery to many, but the truth is, there isn't extensive research and quite frankly, the G-spot isn't even a mystery. It's just that few people are doing the work correctly. Look up "G-spot" in your search engine and you're most likely to find several articles debating its very existence. Those same articles, while debating the G-spot's validity, rarely acknowledge the actual anatomy of the vagina, which can pretty much solve all of our problems here.

And probably elsewhere too.

To put it simply, the G-spot is very real for a lot of people. And there's a reason it feels so good.

1. The "G" in G-Spot Doesn't Stand for Grand or Great or Galore or Gigantic

Like most things, the G-spot was named after a man. His name was Dr. Ernst Gräfenberg, a German gynecologist who was one of the first kind people to research female genetalia in relation to pleasure rather than, well, shame or childbirth. He was specifically intrigued by a sensitive spot on the inside, where the urethra passes the vaginal wall. Turns out, a lot of women totally knew what he was talking about. It wasn't until three decades later that researchers Alice Ladas, John Perry and Beverly Whipple coined the term in their highly controversial book, The G-Spot and Other Recent Discoveries About Human Sexuality . Published in 1982, it was the first text to expose the G-spot as a real component of the female orgasm and sent the public into panic. *rubs hands together and cackles into the night*

It's just your internal clitoris, which sounds exactly like what it is. Right now you're probably thinking "Whaaaaaat, you mean I got MORE clitoris than just this little thing?" and the answer is yes. The clitoris you're probably most familiar with is quite literally just the tip of the iceberg. The internal clitoris extends several inches back into the vulva, essentially hugging your bladder on either side. Picture a set of prongs around a potato. Is that weird? That might be weird. Anyway, the prongs are your internal clitoris—when the G-spot is stimulated, that usually means pressure is being applied to the vaginal wall with a finger, tongue or toy and is, in turn, being applied to the internal clitoris. That feeling you get when someone "cum hither's" your vagina? Yep, it's just your clit doing it's little (or bigger than we thought) clit job.

3. And It's Not Just Clitoral Stimulation

There are these fun things called the skene's glands which are wrapped around and drain into the urethral tube. Doesn't sound fun so far, but bear with me. When stimulated, these glands can feel pretty good, but the number of glands varies in all women, which can drastically change whether or not you experience the G-spot.

Remember when I made that weird analogy about the prongs and the potato? Picture this: when you're putting pressure on the G-spot, you're also putting pressure on the bladder. So while everything might feel fun and groovy, you also might feel like you need to pee. Some women like this feeling and say it's a tell-tale sign that they're on their way to an orgasm, others might find it distracting and that it limits their ability to climax. If this is the case for you, consider emptying your bladder before sex. It'll be worth it.

5. The Prostate Is Basically The G-Spot, Except It's In Your Butt

6. Not Everyone Digs The G-Spot, So Don't Focus All Of Your Attention On It

Some women feel no pleasure when the G-spot area is stimulated with pressure or rubbing. If you're trying to give someone an for-sure orgasm, it's a safer bet to focus on the external part of the clitoris, where orgasms are most successfully achieved for 75 percent of women. If you're interested in finding the G-spot, place pressure against the your vaginal wall closest to your belly button with your or your partner's first two fingers and make a "come here" motion. You can also visit your local sex store for a toy that specializes in G-spot stimulation.

7. The G-Spot Isn't An Organ Or A Gland Or A Tangible Thing, Which is Why So Many People Think It's Not Real

You're an expert in vaginal anatomy by now, so you probably already know this. I can't point to the G-spot on a vaginal map because it's a rough location, not an actual thing. It's more of an area. For some scientists and researchers, that discredits its existence completely. For many others, that just means experiences will vary.

Researchers from 2014 study out of Vergata university in Rome say it's really multifaceted area called the clitourethrovaginal (CUV- clitoris, urethra, vagina) complex. Many women stand by the G-spot like it's a worshipping center and perhaps that's because it is. The G-spot is responsible for some intense orgasms, just not for everybody. Try it out. You've got nothing to lose.

Want more of Bustle's Sex and Relationships coverage? Check out our video on the best G-spot sex positions: