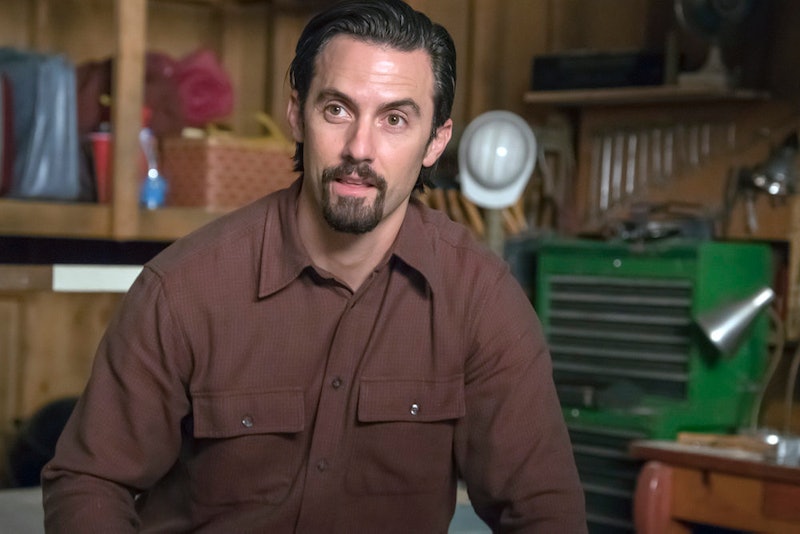 It’s been a slow burn (pun intended) for This Is Us viewers to finally see how Jack dies. Well, dear viewers, it must be coming soon, because in “Clooney,” the Jan. 16 episode of This Is Us (supervising producer: Vera Herbert), one piece of the “how did Jack die” puzzle is revealed. Yes, it’s a minor detail, but one that could have changed the Pearsons’ lives forever — did the smoke detector cause Jack’s death on This Is Us? An infuriatingly simple mistake could cost him his life.

Viewers have known since the beginning of Season 2 that Jack Pearson perishes in a fire or something to do with a fire. We have the foundation and framing of this Big Three construction house, and we’re putting up sheetrock and filling in the exact details of his demise. And it’s hard, y’all, mostly because the Pearsons are currently on the precipice of something great — Jack wants to start Big Three Construction again, and his dear, loving wife, Rebecca, is behind him finding his passion. Anything, probably, to keep him on the wagon. But after a hectic day at the mall, the Pearson family, who has been dealing with Kate finding a dress and Miguel mourning his marriage and Kevin being a sour puss, forgets to buy batteries for the smoke detector. The smoke detector that maybe, possibly, potentially could have notified the family earlier that the house was on fire and saved Jack’s life.

It’s important to note that viewers don’t know exactly that Jack died in the fire — in the Season 2 premiere, Rebecca is driving Jack’s belongings back in their car, and his personal artifacts aren’t burnt. He is seemingly dead, because her grief fills the screen, and the house is in flames, but correlation does not necessarily mean causation in this case. In a recent interview with Us Weekly, Milo Ventimiglia, who plays Jack, hinted more at what’s to come. “I think people have seen what’s contributed to his death, possibly. But… no one’s guessed it yet.” So… Jack doesn’t go up in smoke? And when asked if Jack’s substance abuse issues had anything to do with his demise, Ventimiglia said, “Maybe. Sure. Maybe not. Sure.” Oh, he’s playing coy! But Ventimiglia did say that answers will come soon. “I am happy to know that the audiences are thinking about it and wondering, but I just keep telling everyone ‘just wait.’ The answers will be here very, very, very, very, very, very soon.”

After the fire (assuming both scenes take place on the same night) Kevin, cast still on, is with Sophie. Randall and Kate are at Miguel’s house with Randall’s redheaded girlfriend, Allison, and Kate’s dog, Louie. Kate has always blamed herself for her father’s death, and some theories have suggested that Louie could have been the reason Jack died — he ran into a burning house to get that dog for Kate. This is a feasible theory, especially because if the smoke detector had done its job and gone off, there should have been enough time to gather up family members — four-legged and not — without Jack having to run back in to save Louie.

But, this smoke detector snafu shifts the blame, pushing it further back, to Jack and Rebecca. If Jack and Rebecca had remembered to put batteries in that detector, they could have had more time to get out of the house and Jack wouldn’t have had to run in, presumably for Louie. Well, technically it would be Jack's fault entirely, since Rebecca asked him to remind her about the batteries and he... didn't. Devastating. Still, the smoke detector could absolve Kate of any perceived guilt, all while reminding us that sometimes a mistake is a mistake. Some just have deadly consequences. (Check your smoke detectors, y'all.)

If all of this speculation is driving you, dear viewer and reader, up the wall, you’re not alone. Everyone wants to know, and the cast is OK with it. In an interview with Vulture, Ventimiglia said, “I know it’s not a gross fascination where people just want to see a man die. They have an itch to scratch, and they want to know what happened to this man and how that moment in time can change and affect the people he loves the most and that love him the most.” That’s all well and good, but he’s not giving any details up (even on the smoke detector). “It would be bad-form storytelling on our end if we were to just give it away right at the beginning,” he said.

So I guess now we wait even longer for answers on This Is Us, but keep your eye on that smoke detector. It could unlock the whole mystery.