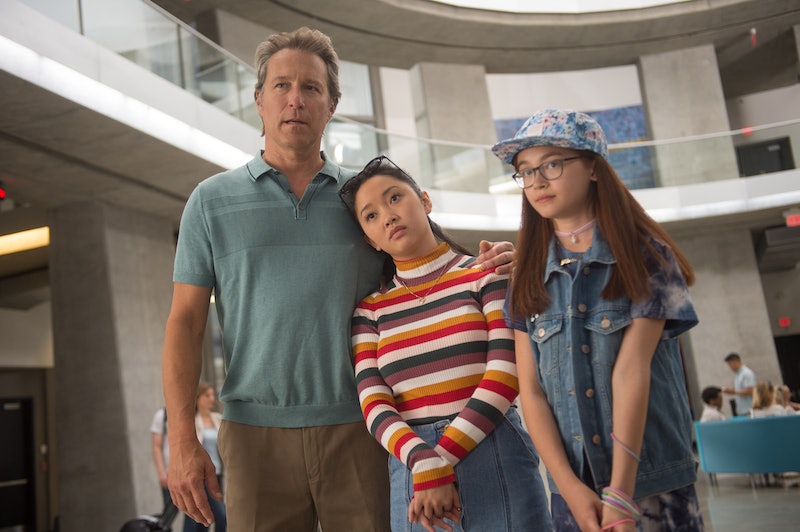 Jenny Han, author of the original book series behind the films, revealed on Twitter that Taylor will portray Stormy, who is an elderly woman that lives at the retirement center where Lara Jean Covey volunteers in the second book in the series, P.S. I Still Love You. But as avid readers of Han's series know, Stormy is much more than just a patient Lara Jean befriends.

Along with the news of the legendary Taylor joining the cast, it has also been confirmed that Madeleine Arthur will return for the sequel as Lara Jean's best friend Christine, and that Blockers star Sarayu Blue will also be featured in the sequel. Blue will portray Trina, a woman who lives across the street from the Song-Covey household that Kitty wants to set her dad up with.

Blue responded to the news on Twitter, expressing her excitement for the project and stating that she was "obsessed" with Han and everything about the To All The Boys universe.

Lucky for us, most of the beloved cast from the first film will return for the sequel, including Lana Condor and Noah Centineo as the Internet’s favorite rom-com couple, Lara Jean and Peter Kavinsky. Anna Cathcart and Janel Parrish are also reprising their roles as Lara Jean’s sisters, Kitty and Margot, with John Corbett coming back to play her father Dr. Covey.

Fisher is joining the cast to portray John Ambrose McClaren, one of the five recipients of Lara Jean's love letters in the first film, replacing Jordan Burtchett in the role. As all viewers know (spoiler alert), Peter wins over Lara Jean's heart in the first film, but John Ambrose shows up at her door in a hilarious mid-credits scene, with a bouquet of flowers in tow. And in the sequel, it looks like he'll be challenging Peter for Lara Jean's love and giving him a good run for his money.

Thankfully, it seems that Butler's character won't be a huge threat to our beloved Peter Kavinsky. The 13 Reasons Why and Riverdale actor will portray Trevor Pike, a new best friend and confidant to Peter. It's an amazing casting decision, considering the fact that Butler and Centineo have a thriving bromance in real life.

The To All The Boys sequel is currently in production, with Michael Fimognari in the director's chair in place of Susan Johnson, who could not helm the sequel due to a scheduling conflict despite her original intention to do so. The film does not have an official release date on Netflix as of yet, but with the onslaught of casting news to arrive in the last week, we can hardly wait any longer.