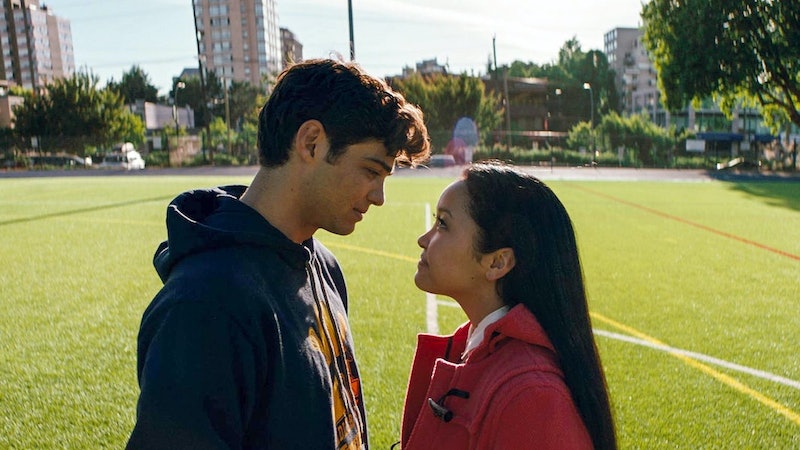 Lara Jean Covey and Peter Kavinsky are tackling racial justice: Lana Condor and Noah Centineo will reunite for a To All the Boys I’ve Loved Before virtual table read on June 30 to raise funds for the Black Lives Matter movement. In partnership with Centineo’s philanthropic lifestyle brand Favored Nations, the two stars will host a virtual event titled “Keeping Our Feet on the Gas" that will feature conversations with special guests and — drum roll, please — a table read of select scenes from To All the Boys, To All the Boys: P.S. I Still Love You, and the upcoming To All the Boys: Always and Forever, Lara Jean. That’s right: Condor and Centineo will read a scene from the third and final film, giving fans a sneak peek at the upcoming movie.

The virtual event will broadcast on Condor’s official YouTube channel starting at 3 p.m. EST. And the duo are asking fans to donate to the Black Lives Matter movement, either by purchasing some Favored Nations merch or contributing cash to any of the six organizations featured on Favored Nations' website — Black Lives Matter, Policing Equity, Know Your Rights Camp, The Bail Project, Color of Change, or FRRC. Special guests at the virtual event will include Black Lives Matter co-founder Patrisse Cullors, spoken word artist Paine the Poet, and activist Nupol Kiazolu. To RSVP, text “IDK” to the RSVP line at (310) 561-1891.

Condor first announced the virtual event on June 15 with a video that featured her and Centineo. “We need help understanding racial injustice and racism in general,” Condor said in the clip. “The last couple weeks have opened so many of our eyes to continued horrific and blatant oppression of the Black community in the United States of America,” Centineo added. “We definitely don’t know the best way forward, but we do know some experts that might, so we want to give them our platform.” The video also pledged that 100% of proceeds donated during the event will go directly to the organizations outlined above, “So you get to decide how you want to help.”

The virtual event comes after Condor shared various Mukbang videos on YouTube to highlight Black-owned restaurants on June 14. Entitled “Our First Mukbang for Black Owned Businesses,” Condor and her boyfriend Anthony De La Torre record themselves eating take out from The Jerk Shack, a Carribean restaurant in Seattle, Washington that specializes in jerk chicken and cocktails. She similarly called on viewers to donate to Black Lives Matter organizations.

Tune into Condor and Centineo's virtual event at 3 p.m. EST on YouTube. Or, until then, watch Condor munch on some jerk chicken in her Mukbang video.