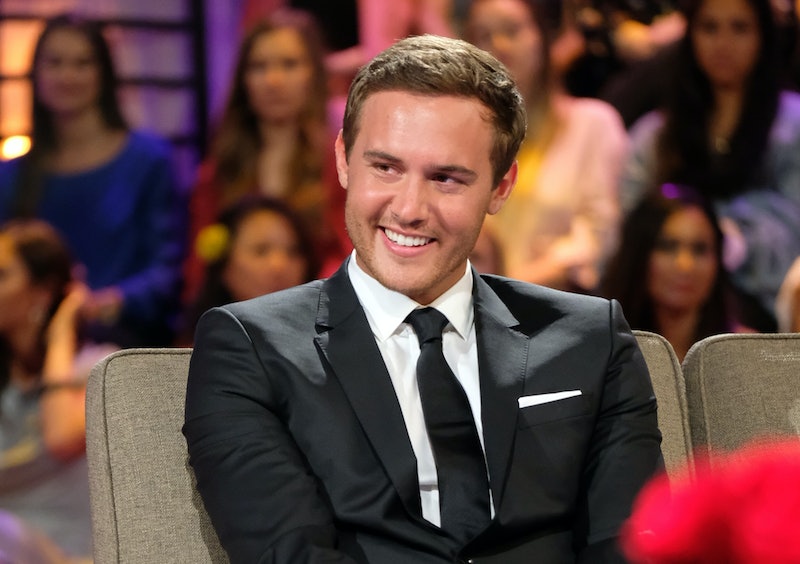 Members of Bachelor Nation have passionate opinions on who they think should be the next Bachelor. But ABC has pretty much narrowed down their search to three men — and Bach Nation will be happy to hear that the top Bachelor picks for next season include 3 fan-favorites.

ABC's Senior Vice President of Alternative Series, Specials, and Late-Night Programming Robert Mills revealed the news while speaking to E! News after filming Hanna's After the Final Rose episode, confirming that Tyler Cameron, Mike Johnson, and Peter Weber are there top choices for the role. That said, the process to pick the next Bachelor is far from over, especially now that Bachelor in Paradise is airing.

Although it doesn't always feel like it, Mills claimed, "We listen to what people want to see," when it comes to choosing the franchise's leads. So, according to Mills, one thing is almost certain — "I don't think it will be Jed," he said. And while that might be a "well, duh" comment, it's still good to know Jed is off the table after it was revealed he was dating another woman up until he left for The Bachelorette. That leaves those three other fan-favorite men from Hannah Brown's season as the frontrunners for the Bachelor installment. Yet, even that's not for certain as Mills later adjusted this list to E! and clarified that Tyler is "a wild card" now that he's potentially seeing model Gigi Hadid after he also went on a date with Hannah.

Like with Tyler's alleged new relationship, a lot can change in Bachelor Nation over the course of a couple days. And that's all the more true now that Bachelor in Paradise is airing. E! noted how host Chris Harrison recently told the outlet how influential the Bachelor spinoff has become in selecting the next lead. "It's a needle-mover. Before it wasn't such a huge deal," Harrison said. "But now, Paradise is such a huge franchise, we kinda need to see what effect that has on the audience and on some of the guys that are there."

Bachelors Nick Viall and Colton Underwood benefited from their time in Paradise and the extra time onscreen seemed to help each of them become the Bachelor. So while an unnamed source told E! that Peter has been the number one choice behind-the-scenes, they also noted that Mike's upcoming appearance could give Mike an edge over Peter. "I think they're going to let Paradise play out and see what the reaction to him is," the source says.

At the end of the day, it's all about who is a star, "It's a combination of not who everybody wants in the moment and thinking this is it, but also seeing OK, who can really carry 20-22 hours on their back," Mills said. Whether that star is Peter, Mike, or even Tyler, isn't clear yet. But Bachelor Nation should know that they don't have to wait and sit idly by while the powers that be make a decision. After all, reactions to Bachelor in Paradise could just make or break who is the next Bachelor.