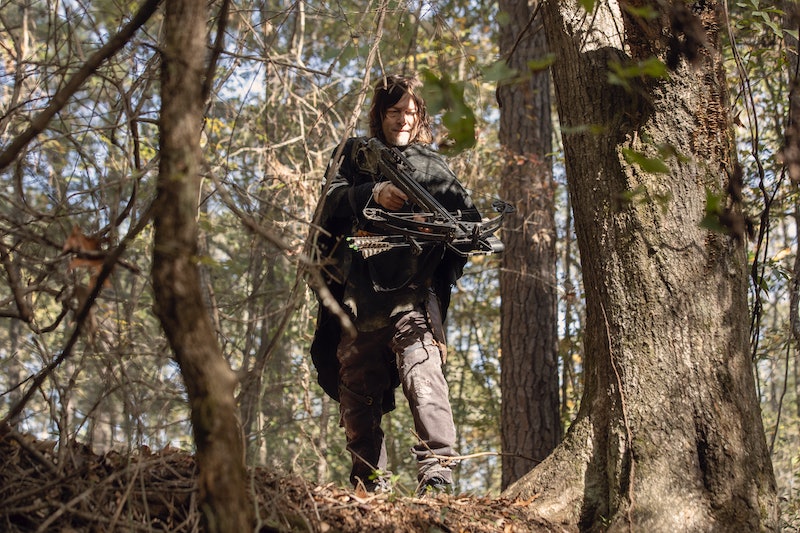 Who would've thought that zombies would become the least of everyone's worries on The Walking Dead? Amid the global coronavirus pandemic, post-production for the show's final episode has been delayed. As a result, the network announced that The Walking Dead Season 10 will end with its 15th episode, airing on April 5. Fans will eventually get to see the planned finale...but right now, no one knows when.

"Current events have unfortunately made it impossible to complete post-production of The Walking Dead Season 10 finale, so the current season will end with its 15th episode on April 5," AMC said in an official statement on Twitter. "The planned finale will appear as a special episode later in the year."

The lack of clarity about when the finale will air likely depends on how long the U.S.'s social distancing measures will be in place. President Trump recently announced that they would last until April 30, but that date could get pushed back even further if the virus continues to spread. So until the Walking Dead's crew can get back to work, the true end of Season 10 will remain a mystery.

Other shows within The Walking Dead franchise have also been impacted by COVID-19. The spinoff series Fear the Walking Dead shut down production for its sixth season in March, with the hope of returning sometime in mid-April. On Friday, March 27, AMC decided to postpone the launch of The Walking Dead: Beyond World, which was originally slated to premiere on April 12 but is now expected to debut "later this year," according to a tweet from The Walking Dead's official Twitter account. Meanwhile, pre-production on The Walking Dead Season 11 has also been postponed indefinitely.

Still, there is one bright side. As a way to help lessen the blow of all this news, AMC announced that the first eight episodes of Season 10 will be available to fans for free on AMC.com and the AMC app after the April 5 episode, where they'll remain through May 1. Until production can get back up and running, that will have to be enough for now.