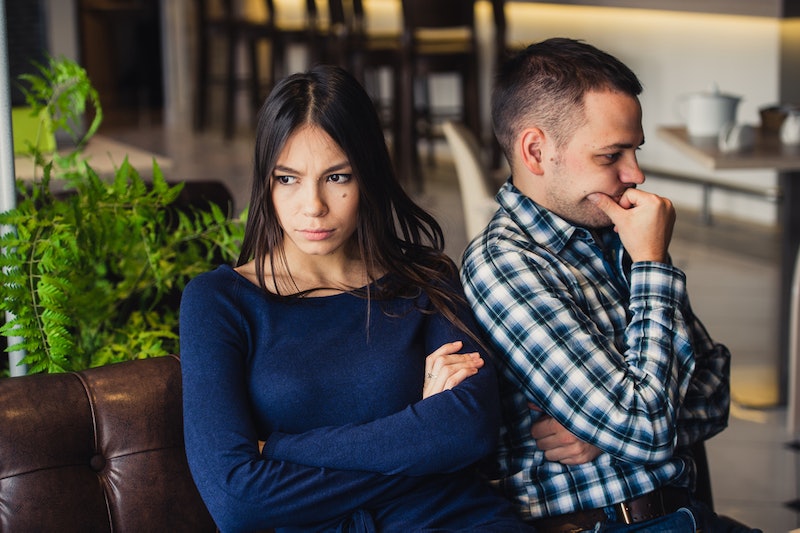 Why is it that we get along well with some people, and others, well, not-so-much? Well, it could be anything from chemistry to personal interests. But knowing the zodiac signs who have the worst fights might really be the ticket to understanding why you draw swords with that one friend so much, or have always had a real passive-aggressive go of it with your coworker in accounts payable.

The explanation for why you have blowouts with some signs and not others could simply be written in the stars. As astrologer Patricia Clark Hippolyte tells Bustle, there are reasons certain signs create more resistance between them than others.

"Your chart is shaped in a circle," she says. "Planets move. When they make different angles to the planets in your personal chart, there are certain energies involved. When the planets make a 90 degree or 180 degree angle to another planet, there’s friction."

She also says that there are three "types" of star signs: cardinal, fixed, and mutable. Fixed having the hardest time with change, and mutable are the most adaptable.

"Keeping with these generalizations and using astro math, I’d say fixed signs making a hard angle to another fixed sign, would generally be the ones likely fight, argue, bicker or debate," she says. That's Taurus, Leo, Scorpio and Aquarius.

Below, take a look at which star sign with whom your star sign is most likely to butt heads, and, most importantly, how you two can get along.