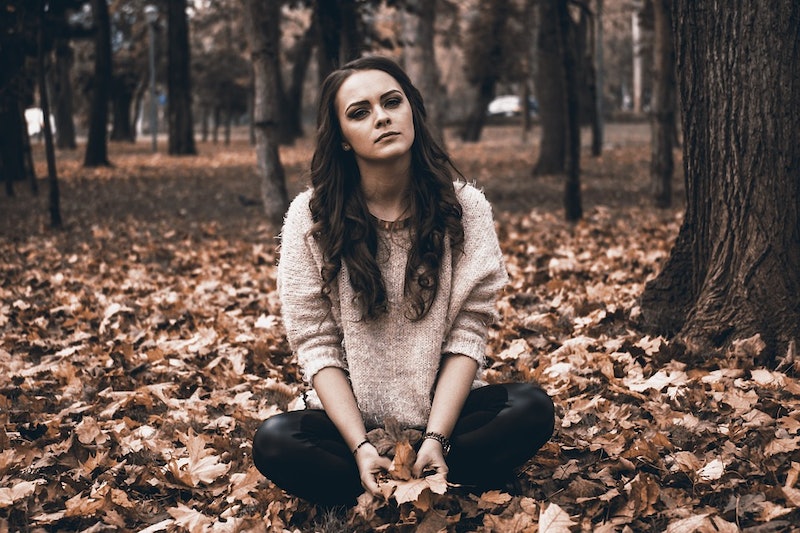 Depression has often been used as this blanket term to describe any person who is really sad, but clinical depression is entirely different from being sad. What's more, every individual experience of depression can be totally unique — and science is finally backing that up. Recent research reveals that there are four different types of depression. Furthermore, scientists might now be able to determine who could benefit from certain kinds of therapies. It's a discovery that could be life-changing for those suffering who have yet to find a solution that works for them.

The key is in brain imaging, which helps reveal patterns of brain activity that classify depression, anxiety, and other mental disorders. In a new study on depression published in Nature, Cornell neuroscientist Conor Liston and his colleagues examined the brain scans of over 1,000 people, with 40 percent of them already having depression diagnoses. 258 different brain areas were measured, and they also tracked the connectivity between these areas.

What they found were four distinct "biotypes" of depression. These types of "biomarkers" have already changed the way we diagnose, treat, and manage other illnesses like cancer, diabetes, and heart disease. This study could very well pave the way for a similar application to mental diseases, which are all unique in their own ways.

Patients of Subtypes 1 and 2, for example, reported more fatigue. Compared to Subtypes 2 and 4, Subtype 1 participants were three times likelier to benefit from transcranial magnetic stimulation — or TMS — which is a therapy that uses a magnet to produce small currents in specific brain areas affected by depression. This type of therapy is typically used on people who don't respond to more traditional antidepressants — a number that some estimates put as high as 16 million.

Patients of Subtypes 3 and 4 experienced anhedonia, or a difficulty in feeling pleasure. The study also specified that the people who were dealing with anhedonia also demonstrated a hyperconnectivity in the parts of the brain associated with reward processing and motor control. On the other hand, reduced connectivity in brain networks was associated with depressive anxiety, fear, and understanding negative emotional stimuli.

Current methods of diagnosing depression could certainly use a little help. While doctors make a distinction between major depression, chronic depression, seasonal affective disorder, and other types of clinical depression, even within these, there are further variations. Yes, one of the symptoms of depression is sleep abnormality; but some people can't sleep at all, while others want to do nothing but sleep.

Changes in appetite and weight are another common symptom; but some people eat more than they normally would. Some, less. Some gain a bunch of weight really fast. Some shed pounds without even trying. Are all of these people to be diagnosed and treated the same?

This is one of the broader implications of Liston's new study: It means, for example, that we might be able to look at depressed people who are abnormally tired, and classify them as a different kind of depressed. And because of this, we might be able to prescribe a specific kind of treatment. Not everyone will respond to the same drugs. Some people won't respond to drugs at all. Sometimes, doctors recommend psychotherapy, or even time, to heal those suffering. Depression treatment is not a one-size-fits-all approach. If we can identify specific symptoms, and thus the subtype of depression a person is experiencing, with might be able to more affectively treat them.