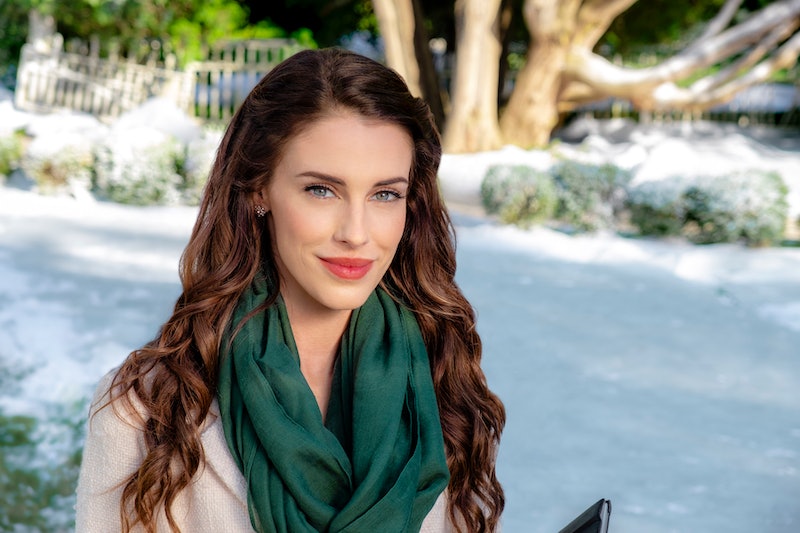 The official press release for Christmas at Pemberley reveals that Lowndes will play Elizabeth, an event planner from New York, who is hired by a small town to organize the holiday festival. Rady stars as Darcy, the billionaire who is busy trying to sell the estate where Elizabeth is hoping to host the big event. As you may have guessed, Darcy isn't exactly full of the Christmas spirit — at least not until Elizabeth shows him the magic of the season, and gives him a reason to open his home up to a bit of holiday cheer.

Despite the lack of Colin Firth or Keira Knightley, this sounds like a fun, but loose, adaptation of a literary classic. It seems as if the part of the plot involving the Bennett matriarch trying to marry off her daughters has been banished in favor for more of the clashing personalities and chemistry that exists between Elizabeth and Darcy. And that's definitely not a bad thing. That particular part of the plot doesn't naturally translate to a modern setting, whereas the playful flirting and bickering between the joyful Elizabeth and stuffy Darcy never gets old.

Interestingly, Christmas at Pemberley isn't the only Hallmark Christmas movie that's taking inspiration from Pride and Prejudice this year. Pride, Prejudice, and Mistletoe premieres Friday, Nov. 23, and the film is a genderflipped modern take on the classic story. This time Darcy is played by Lacey Chabert, while Brendan Penny takes on the Elizabeth-like role of Luke, a kindhearted man who helps Darcy realize she needs to make some changes in her life.

Who can blame the Hallmark Channel for drawing inspiration from the novel for not one, but two Pride and Prejudice-inspired holiday movies this year? Jane Austen's classic has been delighting readers for generations now, and it has a timeless romance at its heart that few people can resist. The only thing missing from the book is a big, magical holiday moment. Now fans can have the best of both worlds — Darcy and Elizabeth and Christmas fun.

Hallmark is set to premiere a whopping 22 new holiday movies this season, and anyone who builds their viewing schedule around the Countdown to Christmas lineup will no doubt plan to watch them all. If you can only squeeze in a couple of holiday movies this year though, these two Pride and Prejudice-themed originals sound like they're ready to deliver all of the fluffy, festive goodness you could possibly ask for. And, you're getting two new versions of Darcy and Elizabeth, making these movies actual Christmas miracles too.