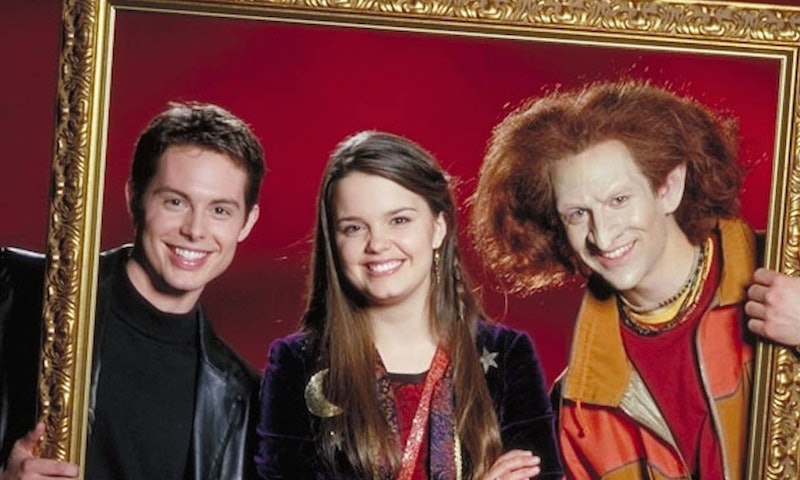 Got any plans leading up to All Hallow's Eve? '90s kids in the mood for some family-friendly spooks from the good ol' days might want to clear their schedules. Why? Well, Disney Channel is live streaming a Halloweentown movie marathon from its YouTube page on a loop this week. Which means — drumroll, please — fans can marathon every Halloweentown installment ever, all day, every day, from now until November. Still planning to attend that friend-of-a-friend's Halloween party you haphazardly RSVP'd to over the weekend? Didn't think so.

Most Halloween fanatics worth their salt know exactly which magically-inclined tweens we're talking about here. But for those who don't, the widely beloved Halloweentown franchise (which first began in 1998 and proceeded to roll out sequels every few years until its fourth installment's release eight years later, in 2006) chronicled Marnie Piper's witchy coming-of-age via a wonderfully bizarre, and increasingly spellbinding, series of trials and tribulations.

Since Disney's livestream video first graced YouTube last Wednesday, Oct. 24, the platform has seen a continuous 24-hour rollout of each and every Halloweentown movie to date. Yes, you heard right: That means the hallowed film franchise — comprised of 1998's Halloweentown, Halloweentown II: Kalabar's Revenge, 2004's Halloweentown High, and 2006's Return to Halloweentown, in that order — has been playing from start to finish, over and over again. And they will continue to play until Halloween is over.

Suffice to say, those who've been dying for a one-way ticket back to Halloweentown since at least the mid-2000s now have an opportunity to freely indulge in the full-fledged "blast from the past" they've been waiting for. Really, though. If at any point from now until Nov. 1 (like, literally any point) you find yourself wondering, "Hm, how can I amp up my pre-Halloween spirit right now?" — feel free to head over to Disney Channel's Halloweentown livestream at your earliest convenience.

Seriously, who's ready to jump in on this? In addition to promising some serious Halloween movie-marathoning possibilities, Disney's epic Halloweentown marathon also poses an exciting opportunity for longstanding fans of the franchise to see its cast together again. After all, it's been more than 20 years since the Piper family first reconnected with their witchy Cromwell roots. Seems about time for a reunion, no?

Funnily enough, the last time the Halloweentown cast reunited in real life actually wasn't too long ago. Celebrating the first film's 20th anniversary, almost every beloved Halloweentown cast member (excluding Debbie Reynolds, who passed away in 2016) gathered in St. Helens, Oregon, where the movies were filmed, for a little reunion IRL on Oct. 13. "The Cromwell's and Kalabar are making nice today to meet some fans. This is the first time we've all been together since we filmed #halloweentown 20 yrs ago!" wrote Kimberly J. Brown (AKA Marnie Piper), captioning an IG photo that shows the grown-up cast smiling and standing side-by-side.

But, again, those Halloween aficionados in the market for some quality throwback material should really check out Disney's extraordinarily steadfast Halloweentown marathon. Don't have time for that right now? No worries. Come tomorrow, the Halloweentown crew will still be doing their thing over on Disney's YouTube stream. (And the day after that, too.)