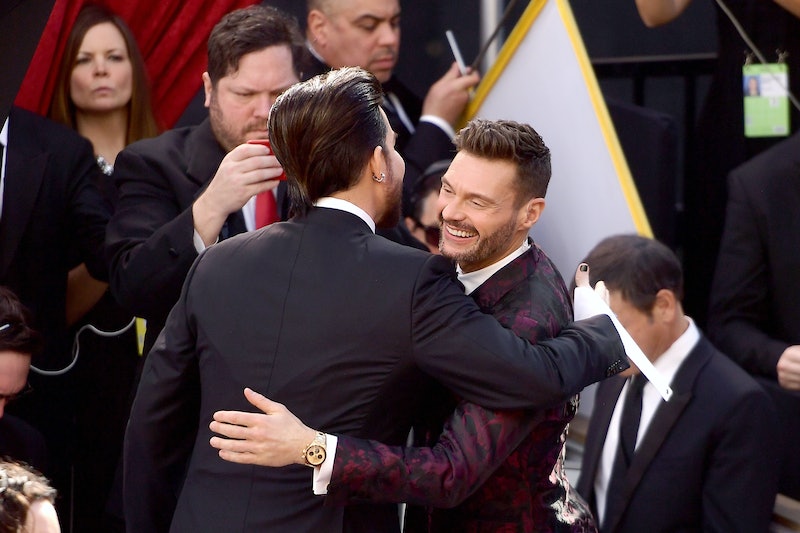 Unlike all the films up for awards on Sunday night, the 2019 Oscars are live, which means they're susceptible to line flubs, uncomfortable silences, and other production snafus that can sometimes make Hollywood's biggest night seem more like a high school talent show. The 2019 Oscars' most awkward moments may not reach the heights of 2017's ceremony-ending Best Picture mishap, but that doesn't mean the evening was free of celebrities stumbling over their words on the red carpet and on the stage.

While the ceremony is a relatively straightforward affair, able to swerve past awkward moments thanks to the magic of editing, the pre-show red carpet is where things can get truly cringey. With dozens of film's biggest names being shepherded into the event — all of whom are being reeled in by various red carpet reporters asking unpredictable questions — it's inevitable that someone is going to give an uncomfortable answer. And even though what happens onstage is usually planned out to a T, there's always someone who goes off-script or veers into a rambling speech. But while moments like these may be embarrassing for the stars involved, they're a nice reminder to us at home that celebs have their awkward moments, too.

Celebrities may have to step onto Ryan Seacrest's interview platform when they walk the red carpet, but Regina King's mother sparked an awkward back-and-forth when she turned down an invitation to talk to him.

Continuing his awkward streak, Seacrest offered to send Spike Lee his acting reel for consideration for his next film mid-interview. Lee responded, "What would that be?" Oof.

Seacrest can't seem to catch a break when it comes to avoiding awkward red carpet moments. Supporting Actor nominee Richard E. Grant cracked a joke about how close he's gotten with Can You Ever Forgive Me? co-star Melissa McCarthy, saying "my wife is having my twins in August." And Seacrest, either consciously or unconsciously, then derailed the energy of the conversation by asking Grant to tell him what he meant by that. Nothing ruins a joke like being asked to explain it. 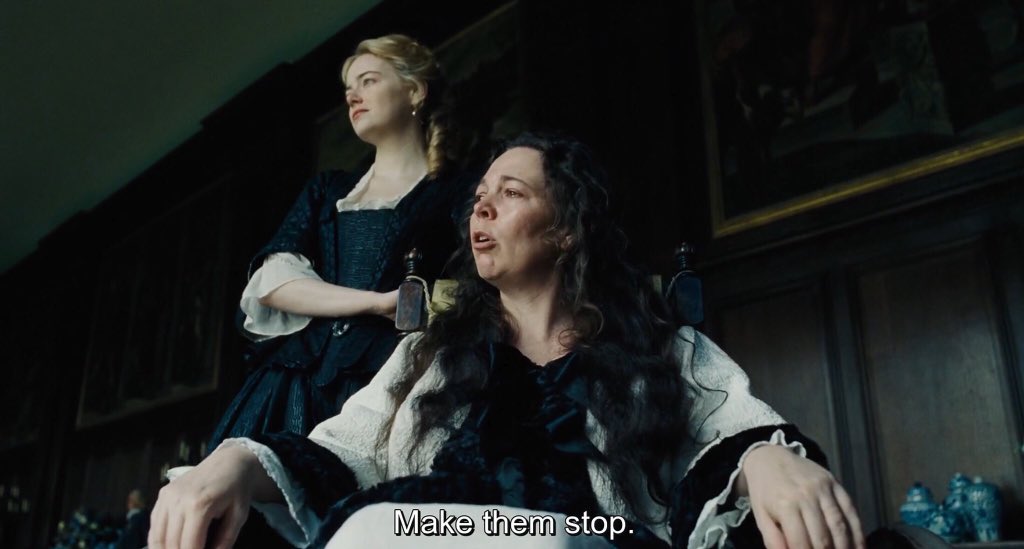 There's no denying that Bradley Cooper is an inspiration to many, but the director/co-writer/star of A Star Is Born didn't know how to handle hearing E! correspondent Giuliana Rancic rave and stammer about how the film helped her fall more in love with her husband. Film inspires people, but Cooper's reaction makes it clear that directors don't always know how to react when people tell them just how inspired they are.

Great At Makeup, Not So Much Speeches

The first hour of the Oscars was filled with inspiring speeches from winners from If Beale Street Could Talk, Free Solo, and multiple speeches from winners for Black Panther. The trio of artists who won for Vice, however, didn't have the same flair for speech-giving as some of the evening's other winners and Twitter let their distaste be known.

Cut Out Of The Spider-Verse

Olivia Being The True Favorite

Olivia Colman's win for The Favourite was well-earned, but the fact that everyone was expecting Glenn Close to finally clinch a win after seven acting nominations left an awkward energy in the room.

Olivia Colman's Oscar-winning acting abilities didn't quite translate to her acceptance speech, which was full of some stammers and stumbles that were endearing to some but grating to others.

Green Book may have had a successful night with wins for Best Picture, Best Original Screenplay, and Best Supporting Actor, but the night ended with a Green Book producer's mic getting cut off to the room — but not to the audience at home, who could hear him openly complaining.

Because of a lack of host, Julia Roberts was left to close out the ceremonies. While the ceremony as a whole ran smoother than ever thanks to the decision to go host-less, the closing really could've used a better sign-off than Julia Roberts having to announce that the show had ended.

All things considered, the 2019 Oscars were some of the least awkward in recent history, thanks to the show's willingness to cut down on bits and skits that would usually be delegated to a host and instead placing the focus of the evening where it belongs — on the people making the films that are being honored.