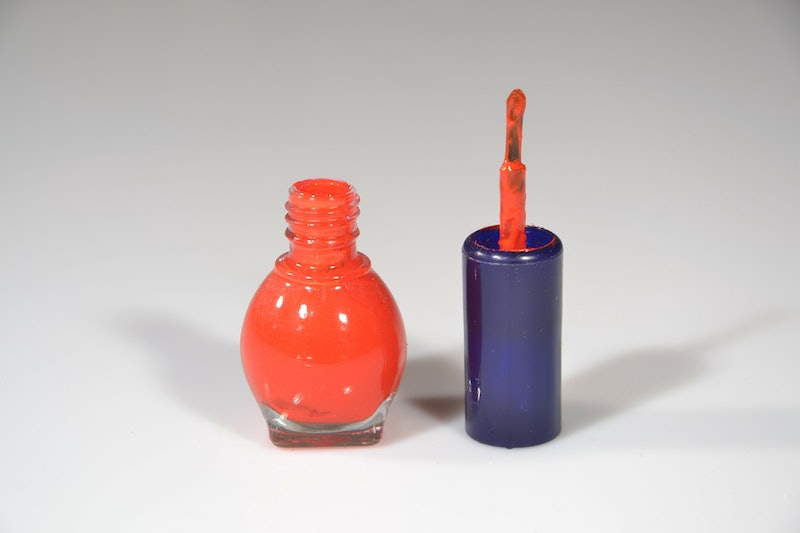 Social media users have been complaining for years about Instagram’s double standard when it comes to nipples: Men can show theirs, but images of women’s nipples are too much for sensitive human eyes. A New York nail artist has found a creative solution to the problem: Nipple nail art. Yep, it’s exactly what it sounds like: Nipples on your fingernails. So far, Instagram hasn’t removed images of the nipple nails, so it appears that a woman can show her nipples on the social media platform… as long as they’re not on her chest.

We’ve seen a lot of creative — and maybe a little crazy— nail art in the last couple of years. There’s been the wire manicure, sweater nails, pizza nails, coffin nails, and bubble nails, not to mention furry nails and succulent nails (which are nails featuring actual live succulents because why not?). But “Nipple Nails” are going a step further to make a social statement: #FreeTheNipple.

These nippy nails were created by Mei Kawajiri, also known as Nails by Mei, for New York musician Erose Aziza. Photos of the nails show that each one features a slightly different nip, with a variety of skin tones. Some of the 3-D nails also get a bit of added zing with nipple rings and bars.

Comments on Kawajiri and Aziza’s Instagram photos of the nail art offer mixed reactions. Some people seem weirded out by the surprisingly realistic nipple nails, while others are all for it. One commenter wrote, “Most def wearing this to work. Boobs go with everything!!!” Nipple nails definitely won't be for everyone, but the right wearer could rock them. If you can’t have fun with temporary nail art, when can you?