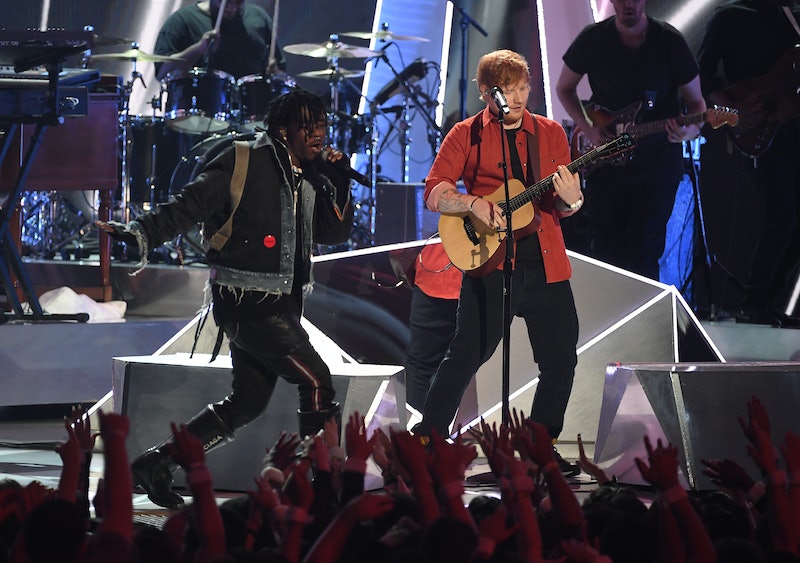 Even before the MTV VMAs got started, fans were unamused due to the fact that half of it would be taking place during the Game of Thrones Season 7 finale. But, after the ceremony got started, there were a ton of unamused celebrities at the 2017 VMAs that didn't seem very excited to be there. Were they also Game of Thrones fans? Were they Katy Perry antis? Did they just have low blood sugar? Who even knows, but it made for a pretty hilarious night, even if you weren't a fan of whatever was happening on the stage.

To say that Katy Perry was a polarizing figure is an understatement, and, despite starting strong with a Kendrick Lamar performance, there were several VMAs moments through the night that didn't quiet land with the viewers. But, apparently, several moments didn't quite land with the celebrities either — and that's what makes this so hilarious.

Gone are the days when Taylor Swift was dancing in the audience, and here are the days when everyone looks like they're getting ready to boot up the HBO app on their phone at 9 p.m. ET. If you think I'm exaggerating, browse this list of celebrity deadpan faces and just try not to crack up.

DeGeneres' face was honestly one of the biggest highlights of the night.

Me, to be honest. But Lena Dunham said it best when she tweeted, "My boyfriend just casually eating a banana at the VMAs is a good reminder of why we've been at it half a decade."

When Ed Sheeran started singing Lil Uzi's "XO TOUR Llif3," Cardi B made the face that would go down in infamy.

Leto's beard seems to be having more fun watching this performance at the VMAs than he is.

I can't get over how over it he looks.

Honestly, this my face on most Sunday nights.

I don't even have a comment about this. I'm just going to leave this picture here.

Ready to go home or just distracted? You decide.

Portia de Rossi was me every single time Katy Perry was on stage, TBH.

Essentially, this ceremony is full of awkward moments, and you're not the only one who has noticed. Celebrities, they're just like us.