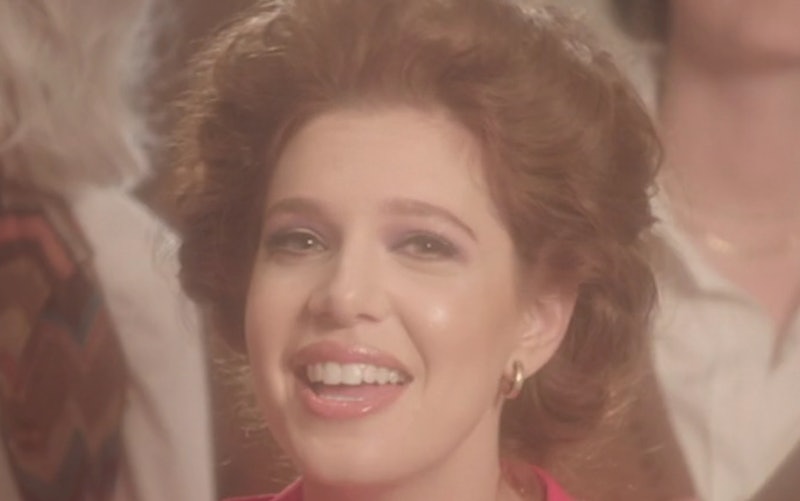 For supporters of a woman's right to a safe and legal abortion, it can be difficult to have the same conversation about reproductive rights again and again, often in instances when it feels like no one is listening. But Missy Modell, musician, entrepreneur, and activist, is introducing a new way to keep the dialogue moving forward. Her latest "9 to 5" parody video on abortion rights involves some humor you might not have expected — and she hopes it'll inspire you to start a conversation and get involved.

The parody, titled "99," is a tongue-in-cheek assessment of the current state of abortion rights in 2019, written and produced by Modell, with the goal of encouraging people to donate to Planned Parenthood and the Yellowhammer Fund. The Yellowhammer Fund provides funding for low-income women in Alabama who want abortions, and also helps them to plan any additional logistics, including traveling out of state and finding a place to stay. On May 15, the governor of Alabama signed an abortion ban that outlaws almost all abortions and criminalizes the procedure in the state; Planned Parenthood has since vowed to battle the law in the court system.

"99" is set to the tune of the original "9 to 5," Dolly Parton's milestone single that touched on women's frustrations in the workforce during the '80s. Modell's updated lyrics showcase the challenges that many women now face in 2019 — namely, the challenges of living in a state with virtually no access to safe and legal abortion care.

You can watch the full video here:

The parody's title, "99," is a reference to Alabama's abortion ban, which declares that doctors who perform abortions could be charged with a felony and face up to 99 years in prison. The lyrics to the chorus illustrate the struggle that both doctors and patients now face, as a result of that law:

They'll get 99 / docs that want to keep you living/ jailed and locked for life/ for laws that ain't forgiving / rapists? never mind! / they'll just get a small demerit/ are you even pro-life? / or do you just wanna control it?

As for how she came up with the song, Modell is no stranger to inventing catchy tunes that stick in your head. She ran a production company that helped create jingles for apps prior to founding "Yes Mam," the self-described "conscious brand consultancy" and creative agency she now runs. The parody videos she makes are a passion project, she explains to Bustle, one that she hopes to turn into a full-time effort.

"99" is her second parody video; her first video, "How Lovely to Be a Woman," was released in 2016 in response to a number of legal, cultural, and reproductive hurdles women faced that year. You can watch it below.

Modell said she was inspired to write and produce her latest single after a friend called her a few months ago and asked, "What are you going to do about all this sh*t in Alabama?"

"For me, the concept of the song came about with this whole Alabama [abortion rights] conversation," Modell says. "And since [the Yellowhammer Fund] is directly linked to Alabama, and helps women get abortions in other states, that just really resonated."

As for why she chose such a unique form of creative expression to get her message across, Modell explains, "My favorite kind of humor is when you say something extremely dark with a smile."

She continues, "We know the facts, we know how f*cked up it is... but I want to provide information in a light, informative way." The goal, for Modell, is to encourage people to keep having the "hard" conversations, she says. She also wants to give them the tools to understand what's going on, as well as to know what to do next.

"Ideally, the video will get seen by a lot of people and provide me the ability to keep doing them," Modell explains. "And maybe people learn something they haven't learned, or it hits a nerve, and they feel inclined to donate."

If Modell's message does strike a nerve for you, you can consider donating to Planned Parenthood or the Yellowhammer Fund (or both), the two organizations the song promotes. You can also contact your lawmaker and tell them you support legislation that gives women access to safe and legal abortions in every state. Lastly, you can check out these six ways to follow the news on abortion laws and reproductive rights, so that you stay up to date on what's happening.