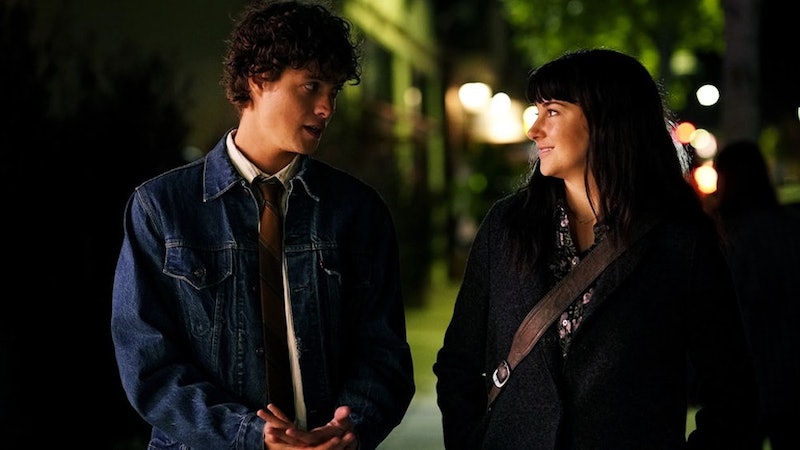 Spoilers ahead for Season 2, Episode 6 of Big Little Lies. Um, is Jane’s beau somehow connected to her violent rapist? This Big Little Lies theory about Corey connects him to Perry in an unexpected way. At the end of last week's episode, Bonnie is shocked to discover Corey leaving the police station. In turn, the penultimate episode picks up shortly after the dubious event as Jane confronts Corey in his apartment. In perhaps the most anticlimactic plot ever, Corey explains that he was simply brought in by Detective Quinlan for questioning due to his relationship with Jane. However, a fan theory on Reddit has emerged that could lead to an explosive finale. Could Corey actually be related to Perry in some capacity? The introduction of a new love interest for Jane in a season where Perry’s past is front and center is suspicious, indeed.

Let's back up and address the most glaring discrepancy, though. In episode two, titled "Tell-Tale Hearts," Mary Louise reveals that her youngest son, Raymond, died at a young age due to an accident. The formidable matriarch tells Celeste, "Right after the accident, right after we lost Raymond, I was sure I would not be able to go on. I was never sure about anything in my whole life, that I wouldn't go on, but I did. Because of Perry. And so will you, because of the boys."

From there, fan theories have contended that Perry may be responsible for his brother's death. Still, Reddit user @emmyeggo has theorized the possibility that 1. Corey is, in fact, Raymond, and his death was faked by Mary Louise to protect him from his dangerous brother, or 2. Corey is Perry's half-brother (Mary Louise told Celeste that her husband remarried after the traumatic events, so it's possible that he had other children). Perhaps it all sounds far-fetched, but this is Big Little Lies, after all, and fans should always expect the unexpected.

So, could Corey's connection to Perry be brought to light in the courtroom when Celeste questions Mary Louise in the finale? The possibility is likely for a number of reasons. As @emmyeggo has pointed out, the plot of Perry and Jane's violent connection was effective in Season 1 "because Jane and Perry were never introduced to each other in present time, so the audience struggled to put the two and two together."

This parallels the fact that Mary Louise and Corey, two significant figures in Jane's life, have yet to share screen time throughout Season 2. More so, there's a brief scene in episode four, titled "She Knows," that could indicate a connection that will simply blow your minds: During Amabella's disco birthday party, Jane experiences a painful flashback of her assault while she's dancing with Corey. Before this flashback, however, there's a moment when Celeste stares directly at the two on the dance floor with a very strange expression on her face, seen at the beginning of the 22-minute mark in the episode.

Is it possible that Celeste recognized a familiar face from her deceased husband's past? Could Corey be related to Perry in some capacity? Is he, in fact, in cahoots with the Detective Quinlan to find out what happened to Perry? This theory would provide a less lackluster explanation as to why he was at the police station that night. Is it possible that his relationship with Jane has ulterior motives?

Alternatively, Corey could very well be a good guy "who doesn't have the same violent tendencies" as his possible kin, according to the Reddit theorist. In an interview with The Hollywood Reporter in June, Shailene Woodley teased a hopeful ending for Jane that could discount the possibility of a betrayal. "I will say that the way Jane's storyline ends just filled me with a lot of warmth and a lot of hope for the world," she told THR. "And for women and for men who are of any age who are trying to move past trauma in a way that fuels their future with a sense of comfort."

So, what is Corey's connection to Perry, if any? For now, we'll just have to wait and see how this theory plays out in the finale.