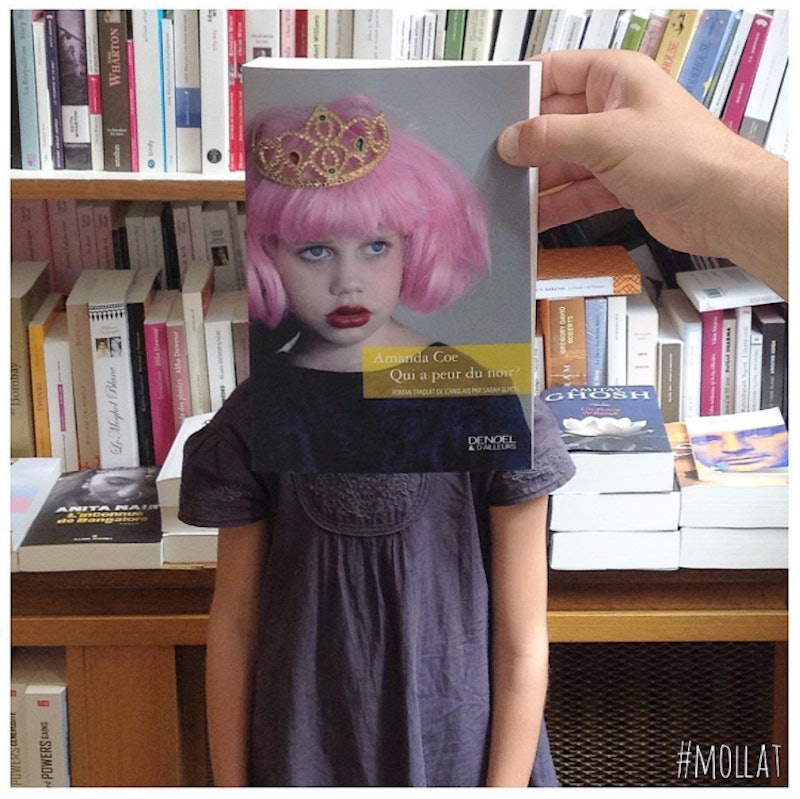 France's first independent bookstore, Librairie Mollat, has come up with an awesome way to engage employees and customers in the bookselling business. The French bookstore's book advertisements on Instagram are super creative, pairing bodies with the faces on book covers. It's like that scene from Pitch Perfect, but so, so much better.

Founded in 1896 in the Bordeaux region of southwestern France, Librairie Mollat is more than a century younger than the oldest bookstores of the U.S. — Bethlehem, Pennsylvania's Moravian Bookshop — and the world — Lisbon's Bertrand Bookstore — but after more than 120 years in service to the region, this indie is clearly an institution. The bookstore publishes numerous podcasts and blogs, and even sells eBooks.

Of course, Librairie Mollat's #bookface technique stands on its own. Check out Instagram posts from France's oldest independent bookstore below, and share your favorites with me on Twitter!