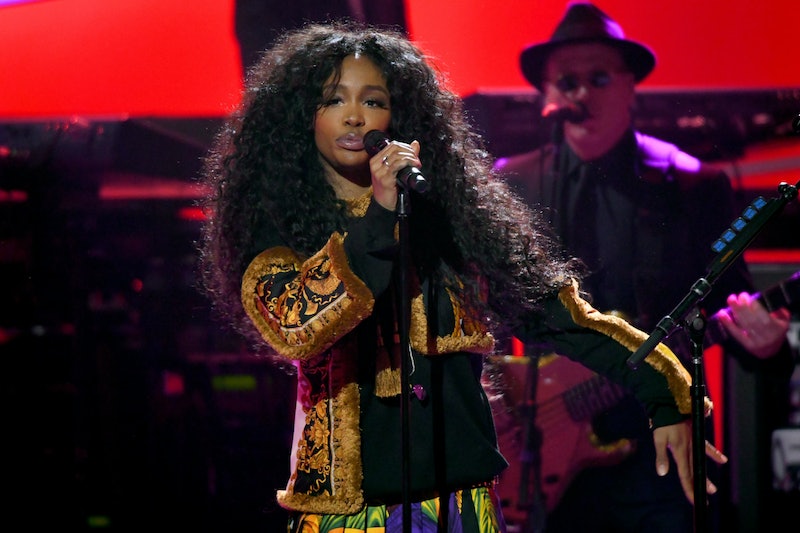 Following the controversial comments made by Recording Academy President and CEO Neil Portnow at the 2018 Awards ceremony earlier this year, Pitchfork reports that the Grammys have increased the number of nomination spots in order to create a more inclusive group of candidates in some of its categories. The change will see the number of nods in the record, song, and album of the year categories, along with best new artist, increase from five to eight. The increased number of slots will begin with the 61st Annual Grammy Awards in 2019 and will, hopefully, lead to a more inclusive pool of candidates within the night's most important award sections, according to Billboard.

The move to expand comes at a time when women were underrepresented at this year's January 28 ceremony, taking home a mere 11 of the 84 possible trophies for their contributions in recording, according to Complex. Only one woman was presented with an award during the show's live broadcast when Alessia Cara snagged the trophy for Best New Artist, while Lorde, the only woman to received an Album of the Year nomination for her album Melodrama, lost out to Bruno Mars' 24K Magic. The Best Pop Solo Performance category notably included four women: Kelly Clarkson, Kesha, Lady Gaga, and Pink. However, they lost the award to the category's only male nominee Ed Sheeran. Meanwhile, the Grammys' most nominated female artist of the year, SZA, who earned five nods, also walked home empty-handed at the night's end.

While the issue of gender inclusion at the Grammys has been recently highlighted due to this year's noticeable lack of female nominees and winners, the call to action has seemingly been long overdue. A January 2018 study from University of Southern California entitled, "Inclusion in the Recording Studio? Gender and Race/Ethnicity of Artists, Songwriters & Producers Across 600 Popular Songs from 2012‐2017," reveals that from 2013 to 2018, only 9.3 percent of Grammy nominees were women, while 90.7 percent were male performers, producers, songwriters, and engineers, according to the LA Times.

Portnow, who recently announced that he would be leaving his position with the Academy when his contract expires in July 2019, received push back after he suggested that women needed to "step up" in order to garner more Grammy nominations. It now seems that he's had a change of heart. According to Pitchfork, Portnow commented on the decision to widen the categories, saying:

"This creates more opportunities for a wider-range of recognition in these important categories and gives more flexibility to our voters when having to make the often challenging decisions about representing excellence and the best in music for the year."

The academy CEO previously received major backlash for his comments made to Variety about the low number of women acknowledged during this year's ceremony. Following the 2018 celebration, Portnow told the outlet:

The remarks ignited a media firestorm, which included criticism and a call for Portnow's resignation from many powerhouses in the music industry including Kelly Clarkson, Pink, Halsey, and Sheryl Crow. Portnow later explained to the New York Times that his comments had been "taken out of context," and he apologized for his words. He also vowed to make the "music community a better, safer, and more representative place for everyone.”

In a separate statement shared on the Grammy website, Portnow wrote:

"After hearing from many friends and colleagues, I understand the hurt that my poor choice of words following last Sunday's GRAMMY telecast has caused. I also now realize that it's about more than just my words. Because those words, while not reflective of my beliefs, echo the real experience of too many women. I'd like to help make that right."

During that time, it was also revealed that the academy would be launching an investigation into the issue of Grammys gender bias by employing an independent special task force to probe into the matter, according to the Los Angeles Times. In March, rapper Common, singer Sheryl Crow, producer Jimmy Jam, singer Andra Day, and BET CEO Debra Lee were among the 16 members announced as the Recording Academy's new task force for diversity and female inclusion, according to Rolling Stone.

While it goes without saying that the Grammys and other award ceremonies of its kind have a long way to go in terms of change, this recent expansion seems to be a great step in the right direction.