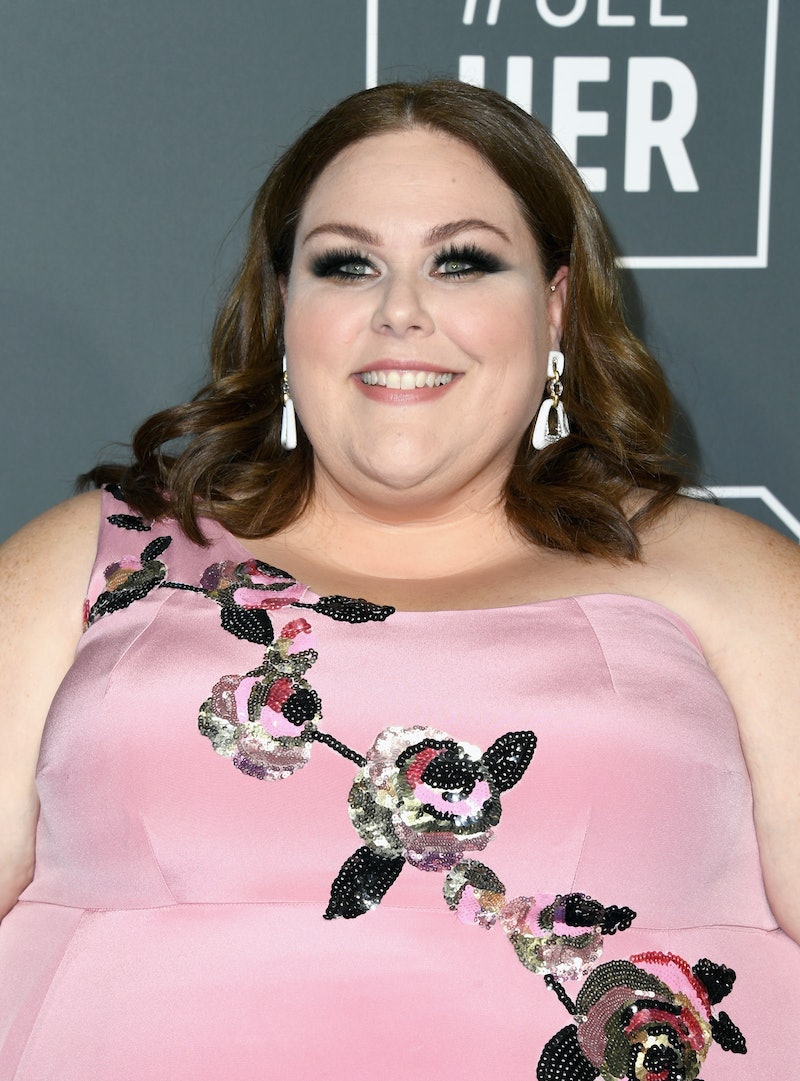 The employees at Cloud 9 are getting a new HR person, and she just happens to be one of the Big Three. This Is Us favorite Chrissy Metz will guest star on Superstore, and it sounds like her character will be a funny addition to the team. According to TVLine, Metz will star as Luanne, an "all-business" human resources rep who shows up to investigate embarrassing tweets made by one of the store's employees. There aren't any further details about the plot just yet, like who is behind the tweets in question, but it seems likely that a serious corporate rep is going to clash with the oddball team. Metz's episode is scheduled to air in May, so fans will have to wait a bit to find out how the team is going to handle her character's no-nonsense ways.

Metz is best known for her role as Kate Pearson, a member of the Big Three on This Is Us. The drama also airs on NBC, and it's about to wrap up Season 3 with the finale airing on April 2. This season, Kate and Toby are expecting a son, and fans anxiously waiting to see the couple welcome their baby to the world.

Since Kate's been through a lot of heartache, fans are always bracing for more, but fingers crossed she gets a happy storyline this time. And, hey, if she doesn't, then at least everyone can look forward to her hanging with the Cloud 9 crew in May. Her guest role on Superstore will be a well-earned chance for the talented Metz to take a break from all the family drama and dabble in comedy.

Superstore is currently on winter hiatus, but Season 4 will return to NBC on March 7. The first half of the season was full of the usual shenanigans — Jonah and Amy finally resolved their will-they-or-won't-they romance, Glenn and Jerusha had their baby, and the rest of the team caused the usual chaos in the store. According to TV Insider, the Superstore mid-season premiere is titled "Cloud 9 Academy". The episode will see Amy and Cheyenne taking steps to advance their careers, Garrett and Dina being roped into babysitting by Glenn, and Jonah and Mateo becoming politically active.

The comedy's mix of social awareness, laughs, and heart makes it a natural fit for Metz, who knows how to navigate those same waters thanks to This Is Us. Her guest spot on Superstore is yet another exciting role for the star, who has had a busy couple of years. Her role on the hit NBC drama was a breakout moment, and since then she's appeared in films like Breakthrough and Sierra Burgess Is A Loser.

This Is Us fans are likely nervous about what's ahead for the Big Three, but there's good news for the actors outside of the show. Metz's appearance on Superstore will be a moment of comic relief, and it will be exciting to watch the star's character get to know the wacky Cloud 9 team while having a total This Is Us and Superstore crossover moment.

More like this
A New 'And Just Like That' Table Read Pic Confirms A Key Character's Return
By Jack Irvin and Grace Wehniainen
You’ll Definitely Recognise Both Of Ty Tennant’s Parents
By Maxine Harrison
'Love Island's Ekin-Su Has Signed Up For 'Dancing On Ice'
By Darshita Goyal
‘RHOSLC’ Star Jen Shah’s Arrest & Legal Drama, Explained
By Brad Witter and Jake Viswanath
Get Even More From Bustle — Sign Up For The Newsletter