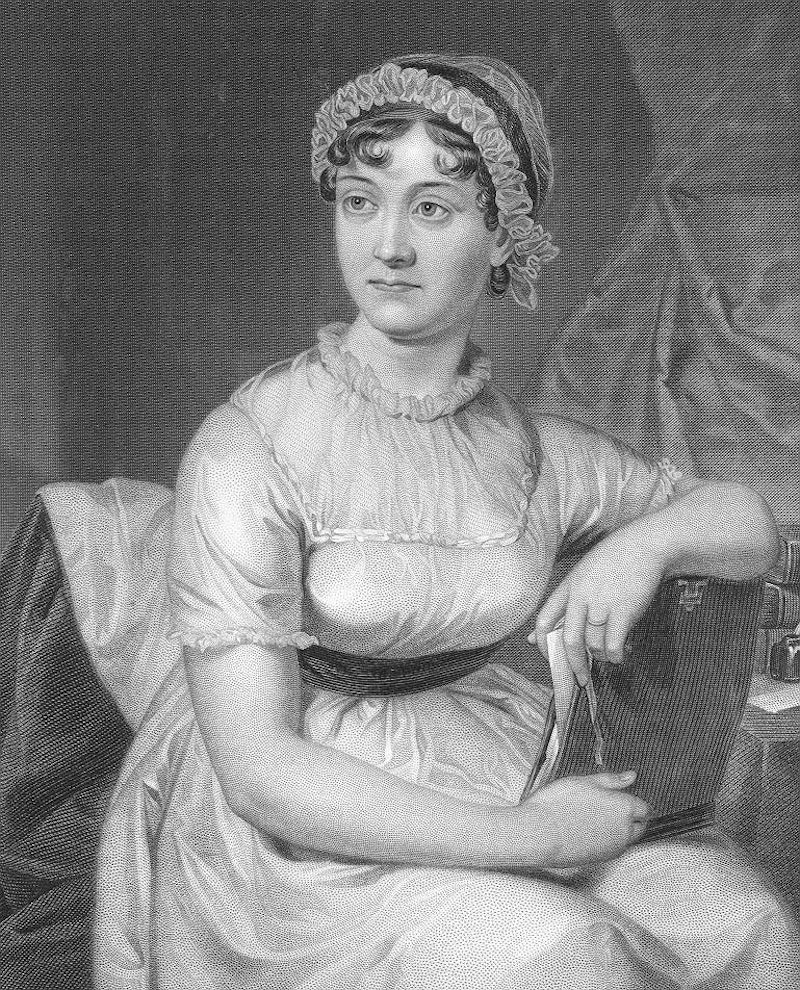 Harry Potter fans shouldn't take long to recognize Austen's code, which uses the same tactic as the inscription above the Mirror of Erised — that is, writing words backwards. In fact, Jane Austen's letter to her niece is easier to decipher than the mirror's message, simply because she keeps each word whole, instead of breaking a sentence up in random places as the Mirror of Erised's inscription — Erised stra ehru oyt ube cafru oyt on wohsi — does.

Can we all just take a moment to appreciate how sweet it is of Jane, who was a 41-year-old woman in 1817 — which, incidentally, was the year she died from what doctors today suspect was cancer — to write an eight-year-old? My nieces and nephews count themselves lucky if I remember when their birthdays are, much less take the time to write them coded letters. Stop making the rest of us look bad, Jane.

Jane Austen's letter to Cassandra Esten Austen has been in the Morgan Library's collection since 1975, when Janeite and collector Alberta Burke donated it from her personal trove of Austenania. It is currently part of the Treasures from the Vault exhibition, which opened on Nov. 14 and includes "a newly acquired letter by W.B. Yeats, the spectacular Book of Hours that once belonged to Cecilia Gonzaga, and Franz Schubert's manuscript of Der Winterabend," among other relics.

Treasures from the Vault also includes a special collection of papers that will be of interest to fans of a certain hit Broadway production. The Gilder Lehrman Institute of American History has contributed a collection of "letters written by and addressed to Alexander Hamilton and his family," according to the Morgan Library's website, so be sure to read what Hamilton wrote like he was running out of time while you're checking out the Austen letter.

You can find Jane Austen's letter to her eight-year-old niece, along with all of the other historical artifacts mentioned above, at the Morgan Library and Museum's Treasures from the Vault exhibit, where they will be on display in Mr. Pierpont Morgan's Library until Mar. 11.