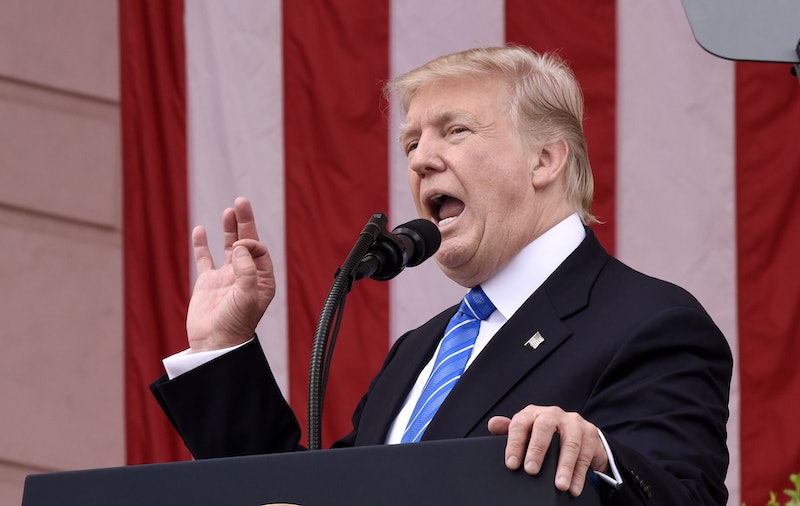 If you woke up this morning, checked Twitter, and wondered, “Is ‘covfefe’ a word?” You were far, far from alone. Early Wednesday morning, 12:06 a.m. ET to be exact, Donald J. Trump wrote in a now-deleted tweet on his personal Twitter account, “Despite the constant negative press covfefe.” That’s it. That was the whole tweet. A tweet that he, the President of the United States of America, posted in the middle of the night when everyone does their best, most intelligible tweeting.

For understandable reason, covfefe memes have taken over the internet. It’s hard to tell where covfefe stops and where the rest of the internet begins. It has kind of all blended into one at this point. However, the initial question still remains, “Is ‘covfefe’ a word?” Who better to answer that question than the brilliant, word gods that run the Merriam-Webster dictionary Twitter account.

Guys, @MerriamWebster is too pure and good for this world. We do not deserve it, but the Merriam-Webster Twitter account still gives us exactly what we need, right when we need it. Just two minutes after Trump’s initial tweet, the official Merriam-Webster account tweeted out what will henceforth be known as the covfefe tweet to end all covfefe tweets. It answers one question while posing another: When you get burned by a dictionary, should it actually be called a paper cut?

However, don’t mistake their tweets for straight-up trolling. In a previous interview with Bustle, Peter Sokolowski, Merriam-Webster's editor at large, has said, “We don't cover the Trump administration. We cover language. It just so happens that the language that people are looking up these days or the big stories of the moment happens to be politics.”

Whether you want to categorize it as a clapback or our culture reaching the satirical singularity, Merriam-Webster is simply tweeting out facts. Albeit facts delivered with notable comedic timing. But still just facts.