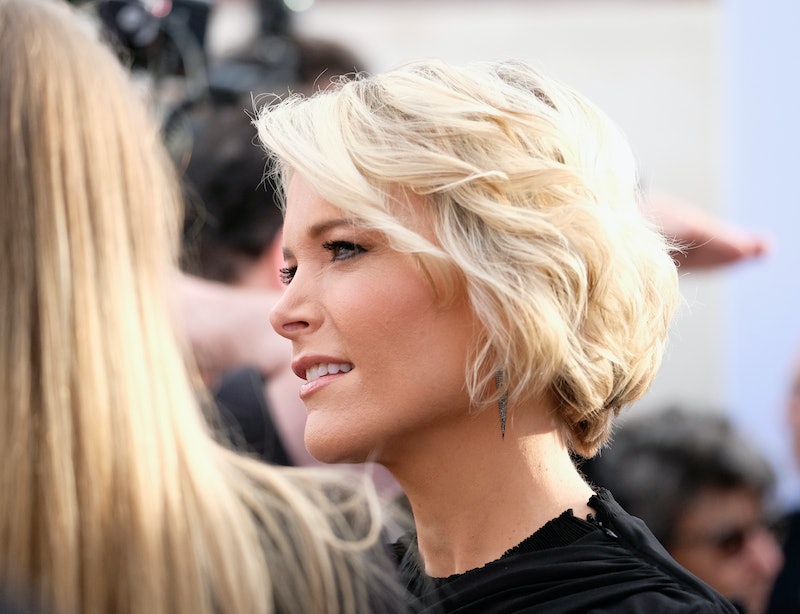 Megyn Kelly's decision to air an interview with Infowars operator and known conspiracy theorist Alex Jones on an upcoming episode of Sunday Night with Megyn Kelly has been facing serious backlash. And on Monday, a selfie of Kelly and Jones smiling in a car further frustrated those who think it's irresponsible to give a mainstream platform to a conspiracy-pedaling figure.

Though questions concerning Kelly's journalistic integrity arose after the announcement of the interview, Kelly defended the decision. She went on to cite President Donald Trump's praise of Jones and his decision to grant another Infowars reporter (and known conspiracy theorist) temporary White House press credentials in May.

But that light (and any legitimacy offered to Infowars and its ilk) is exactly what concerns critics. Those who disagree with Kelly's decision, for instance, include parents and families of victims of the Sandy Hook elementary shooting in 2012. Jones frequently publishes theories doubting its legitimacy or calling the horrifying tragedy a hoax — now, the sunglass-wearing duo's buddy-buddy vibes add insult to injury. The photo was posted prior to the interview, which will air on Father's Day.

While certainly no one can tell Kelly what to do with her coverage or where (or with whom) she can put her face in photos, there's something wholly off-putting about all of this.

For one, it supports the concerns that news judgement and common sense are being tossed aside. Perhaps giving attention to the frothing-at-the-mouth radio hosts who fuel the fires of deniers who threaten or harass parents of murdered children comes out of some misplaced desire to chase the ghost of "hear both sides" objectivity. However, discounting Jones' career full of "fake news" all because the president said a few positive words about him, creates a deeply uncomfortable fun house mirror of "fair and balanced."

On perhaps a more insidious level, it proves that Kelly is still giving back to the right-wing fringe that helped her gain popularity in the first place, even if she's moved over to a more mainstream network. It's impossible to continue pretending that Kelly might've evolved from the Fox News anchor who frantically insisted that the fictional Santa Claus was white or likened critics of the Vietnam war to Osama Bin Laden.

All that paired with the Top Gun-wannabe screenshot (complete with the Infowars logo in the bottom of the frame) makes it clear that the "light" Kelly plans to shine on Jones is awfully sunny and warm.