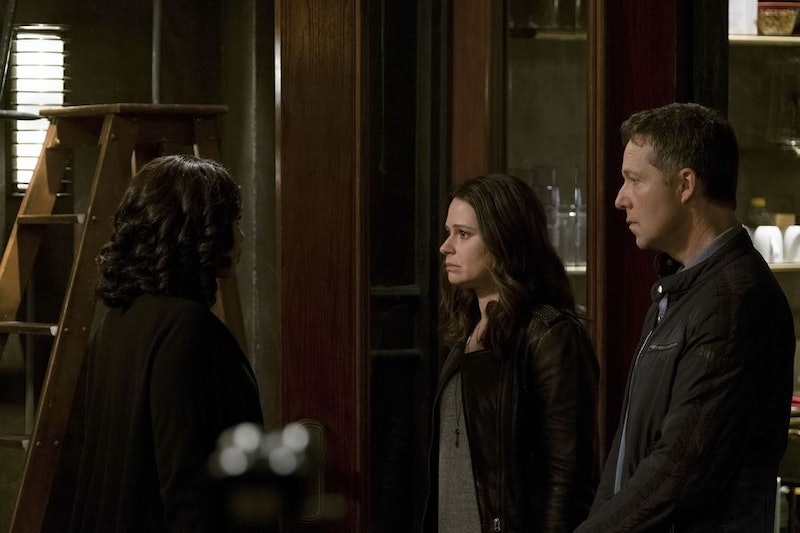 Attention, Gladiators: Time could be running out for Huck. In an exclusive clip from Thursday's Scandal episode "Dead in the Water," Quinn and Charlie make a shocking discovery when they visit Huck's motel room, only to find the ex-spy missing and evidence of serious blood loss. Poor Huck was shot by his double agent girlfriend at the end of the previous episode, and his only hope for survival is if Olivia and her team can figure out where Meg has taken him.

Series creator Shonda Rhimes is not shy about killing off characters on her hit shows, so the time to start worrying about Huck is now. Hopefully, Quinn and Charlie will be able to work with Olivia to find their missing friend before it's too late because the show wouldn't be the same without the lovable Huck on the team. Plus, if he was dead, would Meg have bothered moving the body? Here's hoping she simply has him stashed away somewhere, so Quinn and Charlie at least have a chance to find him.

In a recent interview with Entertainment Weekly, actor Guillermo Diaz remained hopeful his character would make it through his latest trauma. Diaz said,

"There's hope for Huck. He's a former trained killer spy who lived in a hole for three months. He's been through a whole hell of a lot, so I'm hoping that he will have that inner strength to make it through this, but we'll have to wait and see."

While it looks like Quinn and Charlie definitely find a concerning amount of blood in Huck's room, the character is nothing if not a survivor. One thing is certain, you should prepare yourself for an intense episode, no matter what happens to Huck. Not only is the fan-favorite character in grave danger, Olivia may also have to face the truth that someone she trusts is responsible for her teammate being shot when she realizes Abby may have ordered the hit.

Between the show delving deeper into the season long conspiracy and the team struggling to locate Huck before he bleeds out, "Dead in the Water" is going to be a can't-miss episode of Scandal — and you may want to have tissues at the ready, just in case things don't turn out well for the resilient spy.

To find out what happens, you can watch this Scandal episode at 9:01 p.m. EST on Thursday, April 6 on ABC.