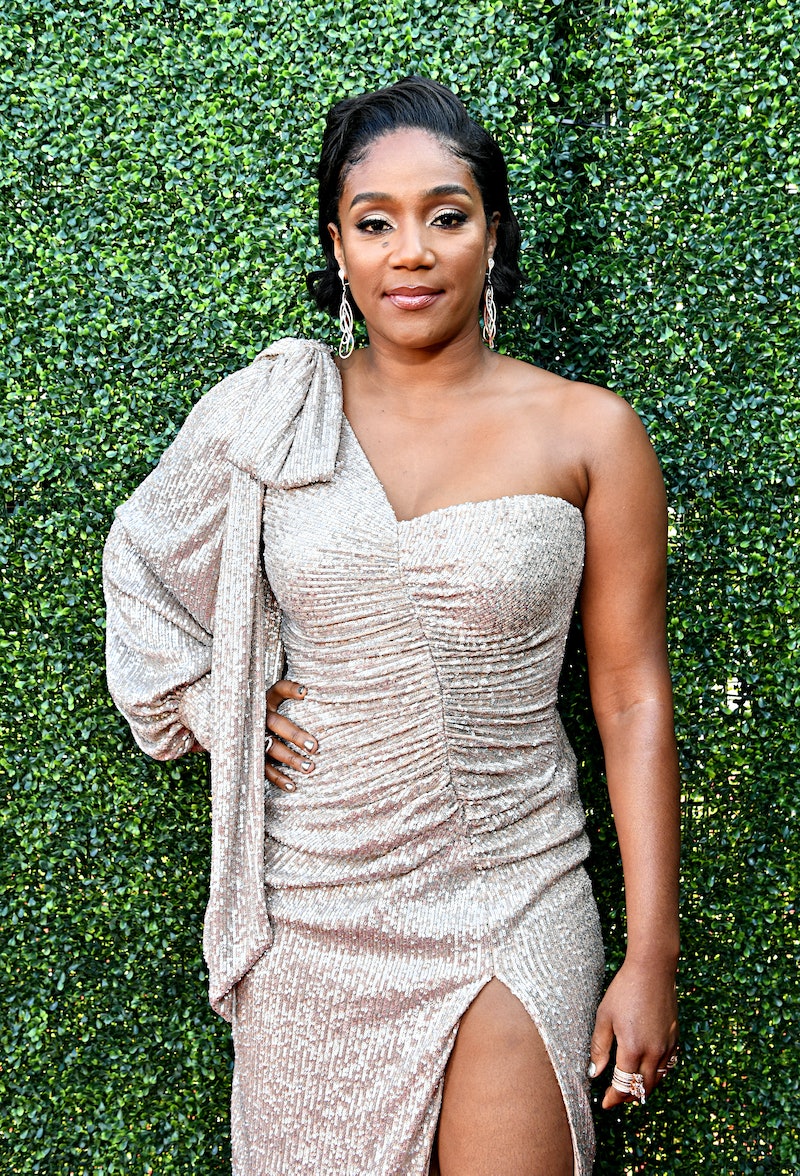 This comedian is standing up for women's rights. Tiffany Haddish canceled her Georgia show, which was scheduled for June 22 at Atlanta's Fox Theatre, after the state's governor signed a controversial abortion law. In a June 18 interview with People, the actor explained her decision.

“I read that bill and I think everyone should take the time to read it,” she told the magazine. “And if you really read the whole thing, you realize that it’s not just about abortion, and I get it with the abortion thing, but I don’t think anyone should determine how you control your body.” (You can read the full HB 481 bill here.)

According to Time, Georgia's abortion law, which is expected to take effect in January 2020, would ban physicians from performing an abortion if a fetus's heartbeat is detected — something that can happen as early as six weeks. Critics of the law, which Governor Brian Kemp signed on May 7, have taken issue with the term "heartbeat," claiming that a fetus does not have a fully formed heart at that stage of development, as the Huffington Post reported. What's more: They further contend that most women don't even known they're pregnant at six weeks but could still face criminal charges, including jail time, regardless.

Haddish further elaborated on her stance in the People interview. “That’s just like me saying, ‘you’re not allowed to be gay.’ If you do that, we’re going to cut your thang thang off, or we gonna lock you up. Like it’s not fair. It’s not right,” she added, citing some countries’ harsh rules on homosexuality. “You can’t tell somebody what to do with their body.”

In a statement sent to Atlanta ticketholders on June 15, per The Daily Beast, she wrote: “I love the state of Georgia, but I need to stand with women and until they withdraw Measure HB481, I cannot in good faith perform there.” (A Fox Theatre rep confirmed to CNN that they will issue refunds to those who purchased tickets to the comedy show.)

Haddish, of course, is not the only one in Hollywood calling for boycotts in light of Georgia's new law. In April, actor Alyssa Milano announced a petition signed by more than 100 actors and producers who said insisted would not shoot or produce in Georgia if the bill was signed into law. The open letter to Governor Kemp read, in part:

"As actors, our work often brings us to Georgia. We've always found your state to be populated with friendly and caring people. We've found the hotels in which we stay and the restaurants in which we dine while filming there to be comfortable and of a high quality. We've been glad to bring billions of dollars in revenue to support Georgia's schools, parks and communities. But we cannot in good conscience continue to recommend our industry remains in Georgia if H.B. 481 becomes law."

For his part, Kemp fired back during a Georgia Republican convention speech. "We are the party of freedom and opportunity. We value and protect innocent life — even though that makes C-list celebrities squawk," he said, per the Atlanta Journal-Constitution.

Milano, who stars in the Netflix show, Insatiable, further told BuzzFeed News that she would not return for a third season, should producers choose to continue filming there.

“You can be sure I will fight tooth and nail to move Insatiable to a state that will protect our rights," she explained in an e-mail to the website. "And if it doesn't move to another state, I will not be able to return to the show if we are blessed with a third season. This is my leverage. I will use it for the betterment of society and our great country."

She may not have to make that decision, however, as Netflix is the first major studio to oppose Georgia's abortion ban. In a May 28 statement to Variety, Netflix’s chief content officer, Ted Sarandos, wrote: “We have many women working on productions in Georgia, whose rights, along with millions of others, will be severely restricted by this law. It’s why we will work with the ACLU and others to fight it in court."

It's clear that Hollywood continues to fervently believe in the concept of art as activism.