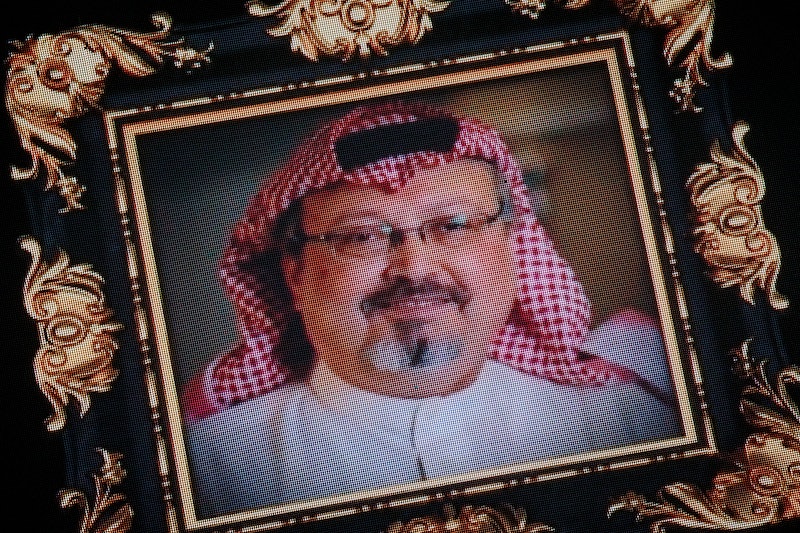 This year, TIME hasn't chosen just one person of the year. Instead, TIME's 2018 Person of the Year is "The Guardians" — by which, they mean journalists who have been locked up or killed for the work they do to inform their audiences.

TIME's editor-in-chief, Edward Felsenthal, announced the magazine's pick for most influential person of the on NBC's Today Show on Tuesday morning.

“As we looked at the choices, it became clear that the manipulation and abuse of truth is really the common thread in so many of this year’s major stories," Felsenthal told Today. The Person of the Year selection counters that pattern, in a way, by recognizing the influence of those fighting to make the truth known.

“Like all human gifts, courage comes to us at varying levels and at varying moments," Felsenthal wrote in explanation of the magazine's choice, according to Today. “This year we are recognizing four journalists and one news organization who have paid a terrible price to seize the challenge of this moment."

The first journalist who Felsenthal mentioned is no surprise: Jamal Khashoggi, the Saudi journalist and Washington Post contributor who was killed at his own country's embassy in Istanbul in October.

“This is the first time we’ve chosen someone no longer alive as Person of the Year, but it’s also very rare that a person’s influence grows so immensely in death," Felsenthal told Today, referring to the choice of Khashoggi.

The second journalist recognized is Maria Ressa, who runs a Philippine news site critical of the authoritarian Philippine president Rodrigo Duterte. The next two, according to Today, are Wa Lone and Kyaw Soe Oo, Reuters journalists who were put in prison in Myanmar for reporting on a massacre of 10 Rohingya men that they believed the state's security forces had carried out, according to Reuters. Finally, TIME is recognizing the Capital Gazette, the Maryland newspaper where a deadly shooting took place back in June, killing five employees. TIME has created a magazine cover for each person or group recognized as Person of the Year.

Felsenthal also announced TIME's runners up for Person of the Year on Today. President Donald Trump came in right behind The Guardians, with special counsel Robert Mueller landing in third place. Trump held the top spot in 2016 after winning the presidential election, and TIME's 2017 choice was "The Silence Breakers," which referred to the women who launched the #MeToo movement.

The honorees this year don't only represent themselves; as Felsenthal explained in his essay on the magazine's choices, they instead stand for the "broader fight by countless others around the world." As Reporters Without Borders wrote, 2018 has been a particularly deadly year for journalists, and not only in war zones.

While Person of the Year is less an award or honor than a simple recognition of importance and influence, this year's choice, as Felsenthal explained in his essay, brings attention to this group "for taking great risks in pursuit of greater truths, for the imperfect but essential quest for facts that are central to civil discourse, for speaking up and speaking out."