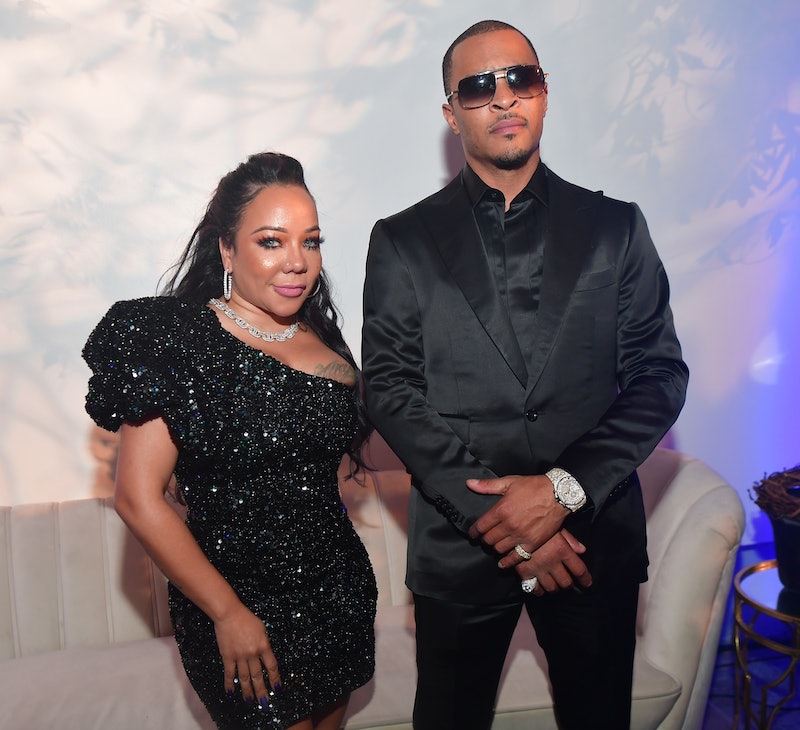 Almost a month after the rapper T.I. revealed that he took his daughter to the gynecologist to "check her hymen," a bill was introduced to the New York State legislature to ban the practice. T.I.'s comments inspired the anti-"virginity testing" legislation by Assemblywoman Michaelle C. Solages. According to the New York Times, Solages was inspired to introduce the legislation after T.I. revealed on the Nov. 5 episode of the Ladies Like Us podcast that he took his daughter, 18-year-old Deyjah Harris to the gynecologist every year since she turned 16 to ensure that her hymen is still intact.

In the since-deleted interview, T.I. explained to podcast hosts Nazanin Mandi and Nadia Moham that the "yearly drops" to the doctor began the day after Harris' 16th birthday, and that the rapper accompanies her to all of the appointments. Though he acknowledged that doctors told him that it was possible for someone to break their hymen through something other than sexual penetration, T.I. claimed that he responded, "She don’t ride no horses, she don’t ride no bike, she don’t play no sports. Just check the hymen, please, and give me back my results expeditiously."

His comments caused a major backlash on social media, with many people calling out the rapper for subjecting Harris to a violating and inaccurate practice, but it wasn't just Twitter users who were incensed by T.I.'s comments.

"It made me angry and I was just very upset,” Assemblywoman Solages told The New York Times about her reaction to the rapper's interview. "To use your platform to say that you did this is just misogynistic and it sets the women’s movement back."

The proposed legislation would not only ban medical practitioners in New York from performing "virginity examinations," but would also "subject them to penalties for professional misconduct" if they perform them regardless, according to The Times. The law would also consider any "virginity tests" performed outside of a medical office to be a form of sexual assault. Solages' bill has already received three co-sponsors in the New York State Assembly, and Sen. Roxanne J. Persaud has introduced a companion bill to the State Senate. (In October 2018, the United Nations also declared "virginity testing" to be a human rights violation with "no scientific or clinical basis.")

"The invasive procedure of a virginity examination violates the sanctity and purity of a female," Sen. Persaud told The Times about the exams. "Whether a child or adult, this breaches not only moral grounds, but also the privacy entitled to a female and their doctor."

In the wake of the backlash to his comments, T.I. and his wife, Tiny, appeared on Jada Pinkett Smith's Facebook Watch show, Red Table Talk to "clear up" all of the reports surrounding his Ladies Like Us interview. The rapper admitted that he "embellish[ed] and exaggerate[ed]" during his conversation. He claimed that he was never in the exam room with his daughter and that Tiny also accompanied her to the exams. The rapper also admitted that he was unaware of how sensitive a topic virginity testing is, though he said that he "absolutely" was more aware now.

However, despite apologizing to his daughter for speaking about her hymen on the podcast, T.I. justified his "virginity testing" by explaining that he was trying to protect his daughter from teenage boys. "I'm talking about all the slimy, grimy, chubby-fingered little boys, who want to defile and destroy the sanctity..." he said, suggesting that teen boys are following their "primal" urges.

While the backlash has helped the rapper to realize that what he saw as a form of "protection" and parenting was actually a very harmful — and sometimes traumatic — procedure, its real benefit has been to inspire politicians like Assemblywoman Solages and Sen. Persaud to make change and help prevent others from ever having to endure a "virginity test" themselves.

More like this
The 12 Most Controversial & Unexpected Grammy Moments Ever
By Jake Viswanath
18 Photos Of Jennifer Lopez’s Mansion You Can Now Buy For $42.5 Million
By Alyssa Lapid
Jay-Z Is Performing At The Grammys, Meaning Beyoncé Might Actually Show Up
By Jake Viswanath
Adele Is Attending The 2023 Grammys, Thank You Very Much
By Jake Viswanath
Get Even More From Bustle — Sign Up For The Newsletter
From hair trends to relationship advice, our daily newsletter has everything you need to sound like a person who’s on TikTok, even if you aren’t.