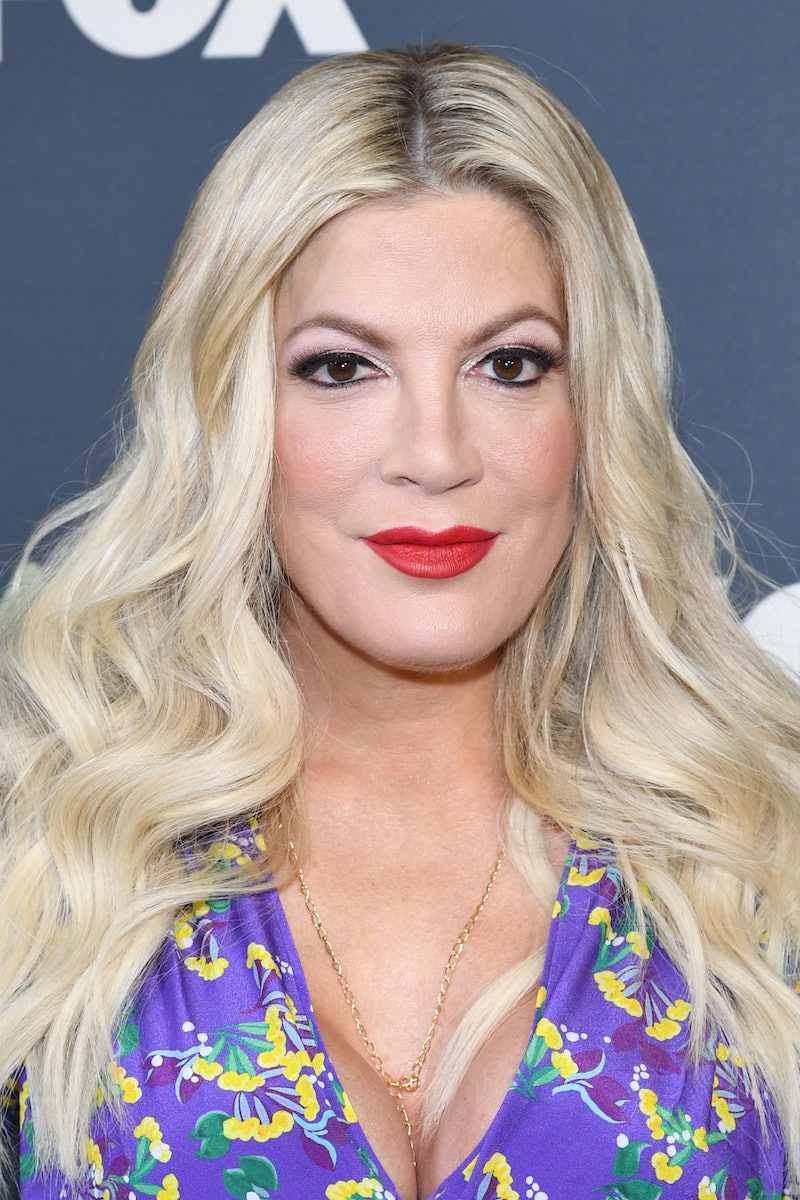 Upon hearing the news of Luke Perry's death, the actor's many celebrity friends, including his costars on both Riverdale and Beverly Hills, 90210, expressed their sorrow over the devastating loss. Now, according to People, Tori Spelling and Shannen Doherty released statements about Luke Perry's passing. And the former 90210 stars only had the kindest things to say about Perry, whom both women viewed as "family."

“I’m in utter shock and heartbroken,” Spelling told People, in an article published on March 4, hours after it was reported by TMZ that Perry had died at age 52 as a result of a massive stroke that he experienced on Feb. 27. She also told the publication, “I’m saddened for his kids whom he adored beyond words. He was so proud of Jack and Sophie."

Spelling's statement ended with an emotional note about their longtime friendship, stemming from their early days on 90210. “Luke was one of the kindest and most humble human beings I’ve ever known,” she said, and added, “I’m grateful for the years of friendship we had. He truly was family to me, a protector and a brother. I’m so sorry for the loss that everyone is experiencing.”

Spelling wasn't the only one of Perry's former costars to release a statement about her friend's passing. Ian Ziering, Gabrielle Carteris, and Jennie Garth have all expressed their condolences for the late Riverdale star and his family. Additionally like Spelling, Doherty, who played Perry's onscreen love interest Brenda during 90210's run, also released a statement to People that is sure to leave many emotional.

Doherty was, understandably, "devastated" to hear about Perry's passing, as she told the publication, “I am in shock. Heartbroken. Devastated by the loss of my friend. I have so many memories with Luke that make me smile and that are forever imprinted on my heart and mind." According to People, Doherty and Perry lost touch after their 90210 days. But, they had recently reconnected after the Charmed actor went public with her breast cancer diagnosis in 2015. She continued:

"Luke was a smart, quiet, humble and complex man with a heart of gold and never-ending well of integrity and love. Luke reached out to me during my cancer journey and we picked right back up, albeit older and wiser, but that connection remained in tact."

Through everything they've experienced together over the years, it's easy to see why Doherty and Perry had such a special bond and why, consequently, his death has hit her so hard.

“There is a special kind of love one has for each other when you are experiencing the journey we did on 90210 and of course life in general. Luke and I were working on show ideas for us. We wanted to work with each other again and create something special and meaningful for our fans at this stage in our lives," she said, ending her statement with, “I will miss him everyday. Every minute. Every second.”

Perry's reps previously confirmed to Bustle that the actor had passed away and released a statement which read:

This news sent shockwaves through Hollywood and left those who knew him truly heartbroken. But, based on both of his costars' moving statements, it's clear that Perry will forever live in the hearts of those closest to him.