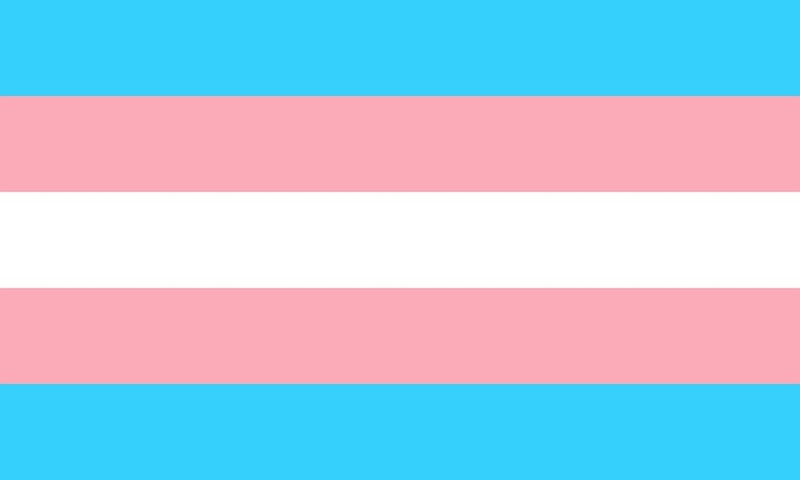 Trans Visibility Day is March 31 and I highly suggest you take the opportunity to get involved. If you're not familiar, it's a relatively new holiday but one that shouldn't be missed. "The International TDoV is an annual holiday celebrated around the world," their website explains. "The day is dedicated to celebrating the accomplishments and victories of transgender [and] gender non-conforming people while raising awareness of the work that is still needed to save trans lives. The holiday was founded in 2009 as a reaction to the lack of LGBT holidays celebrating transgender people’s successes." This years theme is trans resistance, with a focus on direct action countering transphobia.

It's important to note that this is different than Trans Day of Remembrance and, while they're both significant, they fulfill very different functions. “Transgender Day of Visibility feels like a step in the right direction for the community," Trans100 recipient and founder of the transgender suicide hotline Trans Life Line Greta Gustava Martela tells Bustle. "I think it’s so easy to get caught up in counting our losses that we sometimes forget our gains. We have to ensure that we express our appreciation for the folks in our community while they are still here.” Though it's also important to remember that when you're trans, every day is Trans Visibility Day. So while having a day to celebrate and to open up new dialogue is so important, remember to keep up the support the other 364 days of the year.

But make sure you show up to support on March 31. While a major gathering is happening in San Francisco, check out the website to find events in your area or find out how to join via Livestream. Despite the huge injustices and violence done to the trans community, not everyone feels the need to come out and get involved in the same way they would for say, Pride week. But it's so important that you do, especially if you're a feminist. Here's why:

Because Trans Folk Need To Be Celebrated

Trans folk have contributed huge amounts to our society and are so often under-appreciated— and, far worse, persecuted for who they are. Taking the opportunity to celebrate them shouldn't be missed. Being an ally means stepping up to the plate when it matters.

Because Trans Folk Are Often Misrepresented And Underrepresented

Trans Visibility Day is about just that — visibility. So often trans folk are marginalized or put in boxes, often only acknowledged when they're entertaining, sassy characters, or victims of horrific abuse. And it's not that those stories shouldn't be recognized — it's that so many more should, too. All of the amazing trans people who are parts of our community, who are mothers and daughters and fathers and brothers. They need just as much visibility.

Because Trans Folk Deserve More From The Feminist And Queer Communities

Despite the huge role the transgender community played in starting the pride movement, they are often underrepresented in or excluded from parts of the queer community. Though there has been some improvement recently. "The transgender movement is finally finding its voice after decades of suppression and oppression from heteronormative society," author and activist Kelsie Brynn Jones tells Bustle, "and even exclusion by the mainstream gay organizations of the past." But just because the movement and appreciation of trans people is gaining ground, doesn't mean that there isn't a long way to go.

And, similarly, some women have been critical about including trans women under the female umbrella and some in the feminist community have done trans women a huge disservice. It needs to stop.

Because Feminism Is About Equality

The bottom line is, feminism is about equality. Demanding, acknowledging, and celebrating equality. I am so reticent to tell another woman how to be a feminist, because that feels awful and just isn't what feminism is about. But if you're a feminist and can't celebrate and support other women, you may need to look at the definition of the word.

It doesn't get all the press and glitter that Pride does, but don't let Trans Visibility Day go unnoticed. Though there's definitely a 'T' in LGBTQ, trans folk deserve their own separate celebration and support. And feminists should be lining up to give it.