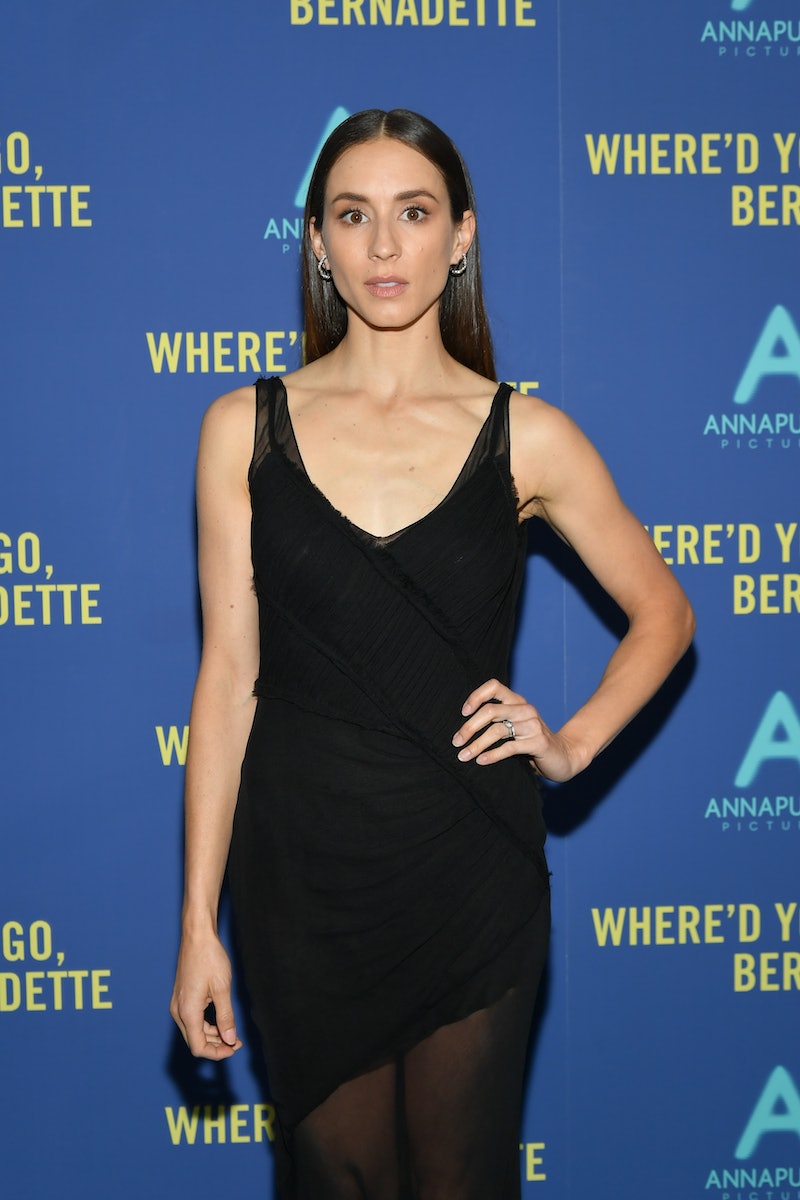 There was no shortage of fashion moments at the 2020 Golden Globes. From Beyoncé enormous sleeves to Jennifer Lopez's massive bow, the first red carpet of the season came through. However, there were even more looks thanks to the after parties, and at one of them, Troian Bellisario rewore her wedding gown to the Golden Globes in a moment that wasn't show during the live telecast.

For film and television buffs as well as style lovers, it's no secret that there's a whole second set of memorable award show moments that go down after the ceremony is over and no longer airing on television. Following the show, additional stars begin popping up at parties, celebrities give more interviews, and some even have outfit changes.

Bellisario was one of the many stars that may not have attended the Golden Globes itself but did celebrate the nominees and winners. After all, her Where'd You Go, Bernadette? co-star Cate Blanchett was nominated. For the event, the former Pretty Little Liars star rocked a rewear, but not just of any gown, of her wedding dress. According to a post on her Instagram feed, the actor wore "half" of her wedding dress to an after party, and the look definitely worked.

For her wedding, Bellisario wore matching white separates, but she switched up the look for the Globes by pairing the flowing, pleated skirt with a soft blush tank top.

While there may be a running joke about wearing a bridesmaid dress more than once, apparently you actually can find new ways to wear your wedding dress — at least according to Bellisario.

Bellisario, however, wasn't the only former Pretty Little Liars star who attended some of the Golden Globes festivities. Her former co-stars Ashley Benson and Shay Mitchell also popped up on some of the post-show red carpets.

For her look, Benson chose a new approach to the naked blazer, opting instead for a glittering naked cape paired with a sleek beaded column skirt.

While the Liars may no longer be gracing your television screen, they're still popping up on red carpets, looking just as stylish IRL as they did on the show.

More like this
Kendall Jenner’s Colored Tights Prove That Cheugy Can Be Chic
By Alyssa Lapid
Olivia Rodrigo’s Grammys After-Party Dress Was Sequined Perfection
By Alyssa Lapid
Megan Fox & Machine Gun Kelly Are A Masterclass In Emo Couple Dressing
By Avery Matera and Allie Fasanella
Emily Ratajkowski Wore A See-Through Top For Marc Jacobs' Runway Show
By Alyssa Lapid
Get Even More From Bustle — Sign Up For The Newsletter
From hair trends to relationship advice, our daily newsletter has everything you need to sound like a person who’s on TikTok, even if you aren’t.