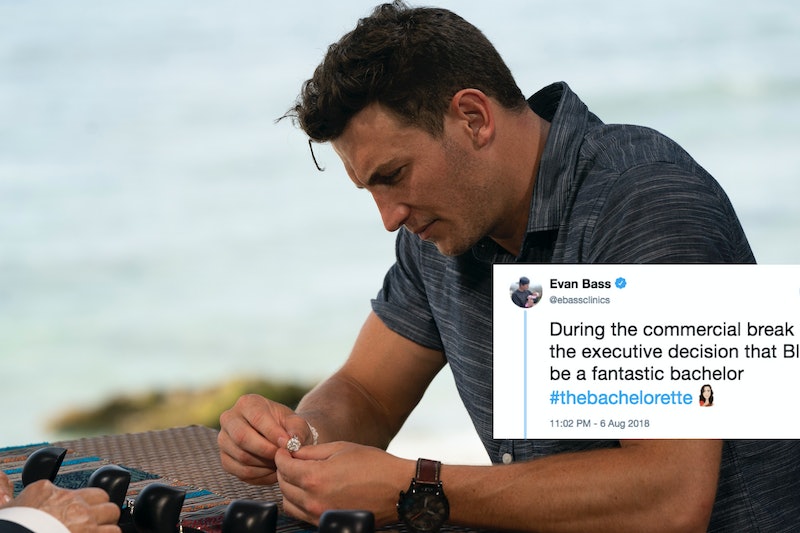 Even before The Bachelorette finale aired, there was already talk about who would be the next Bachelor. As it turns out, there are a lot of Bachelor alums who think Blake Horstmann should be the Bachelor. Unfortunately, the new lead hasn't been named yet, but Becca Kufrin's second place guy is a great candidate for that role. He's proven that this process — uh, "journey" — does actually work for him and that it is possible to fall in love in this setting. There's no doubt that he is sincere. In a world full of aspiring social media influencers, it's very much apparent that Blake truly was on The Bachelorette for the "right reasons."

He was someone that was easy to root for right from the jump. The viewers first met Blake when he brought a horse on stage during the After the Final Rose special during The Bachelor Season 22 finale. He encouraged Becca to "get back on the horse" and look for love again after her devastating breakup with Arie Luyendyk Jr. Now Bachelor and Bachelorette alums want him to do the same thing and embark on a "journey" of his own.

There are plenty of viewers who are on board with this idea, but getting encouragement from so many people who have been on this show is especially telling. If they have a say, Blake will be the handing out roses next season.