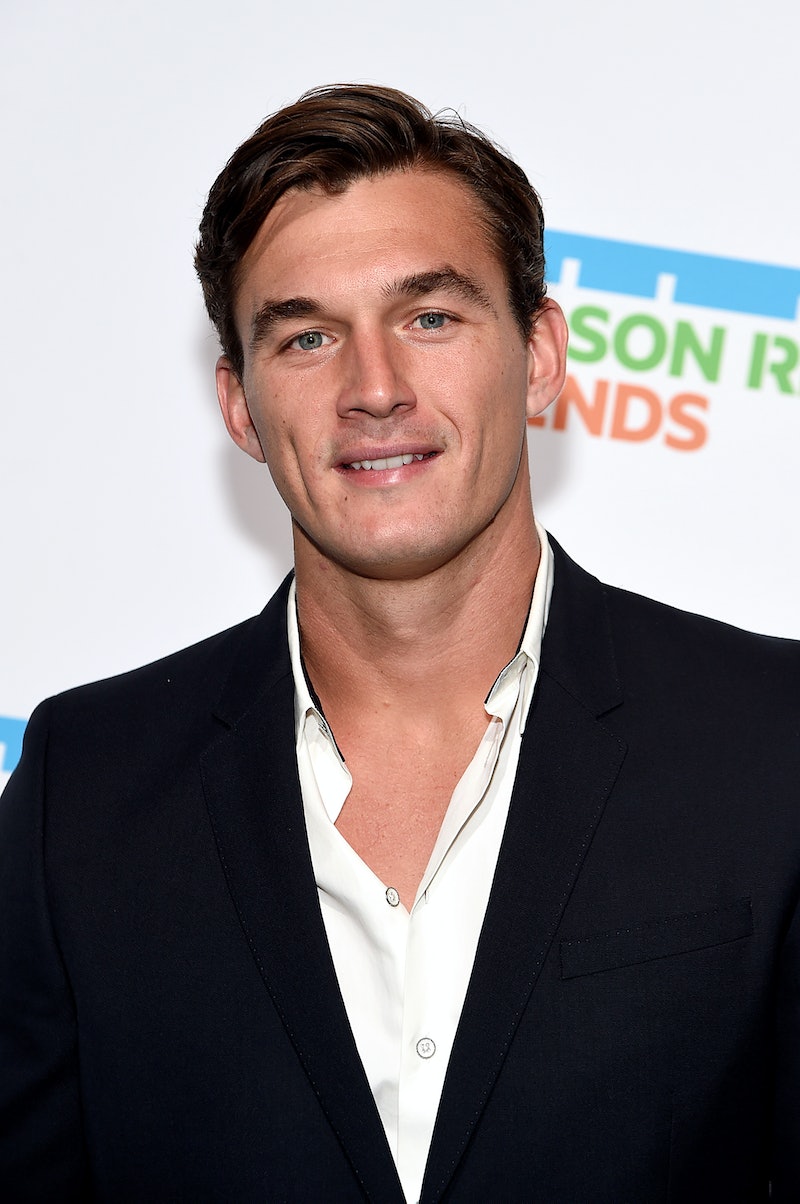 While Gigi Hadid and The Bachelorette's Tyler Cameron might not be together anymore, that doesn't mean they're not still friendly. In a new interview with Us Weekly, Tyler discussed what dating Gigi was like, and he even gave an update about where their relationship stands today.

"It was just a different world … I never navigated it before," he explained, since dating someone so famous was new to him. During their time together, they were repeatedly photographed by paparazzi around New York City, and reportedly attended the same VMAs afterparty as the Queer Eye cast and Taylor Swift. Even so, Tyler told Us Weekly that, despite the added spotlight, celebrities are "no different than anyone else."

In early October, Tyler and Gigi reportedly broke up after about two months of dating. At the time, an Us Weekly source shared the reality star was single after what seemed like a whirlwind romance (including Tyler accompanying Gigi and her family to the Netherlands for her grandmother's funeral.) Shortly before the news was official, Tyler hinted at the split on Watch What Happens Live where he said that he "may be single."

Tyler and Gigi were first spotted together around NYC in early August, including a trip to Brooklyn's Soho House and a hangout at Frames Bowling Lounge with their friends. After that, Page Six reported they went on a getaway to Lake George, New York. In between all those activities, Tyler reportedly met Gigi's mother, Yolanda Hadid, according to HollywoodLife.com.

Even though the two have since ended their romantic relationship (which neither of them ever directly confirmed), Tyler told Us Weekly that he's in touch with Gigi "when we need to be," clarifying, "We’re friends.” As for Gigi, she never publicly addressed the Tyler situation, but publications including Cosmopolitan and E! News interpreted her recent sweatshirt (which read "Boys Lie, Goodbye") as an unofficial statement on the matter.

Now, Tyler is hoping to keep his dating life private, telling People earlier this month, "I’m at a point right now where I don’t really talk about what I’m doing relationship-wise." Instead, he explained he's just focusing on himself right now.