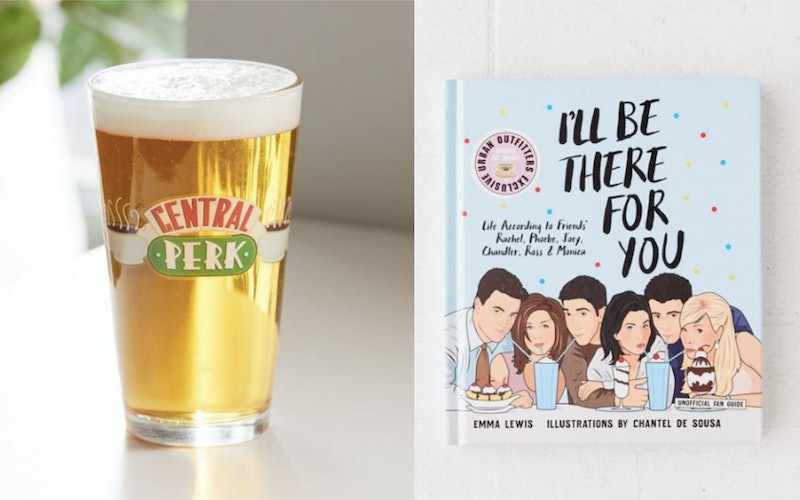 Fans of the iconic '90s sitcom, rejoice! Urban Outfitters has Friends merchandise on its site, and wow, could it BE any cuter? These items are going to remind you so much of the good old days that you're going to want to take a couch up the stairs while obnoxiously yelling, "Pivot. Pivot. PIVOT!!!!!"

Rachel, Ross, Phoebe, Joey, Monica, and Chandler are a huge part of the '90s. They’ve defined a generation (and beyond), influenced our fashion choices and hairstyles, and inspired and crawled their way into the hearts of millions of people. Their experiences are relatable and their funny antics never get old, even long after the show saw its last episode. Friends’ magic hasn’t waned over the years, and this line is a most welcome surprise. I do believe I'm going to need one of everything. It will all pair so perfectly with the Pottery Barn Friends collection, which I bought in its entirety. Don't you judge me.

Now, with its 25th anniversary on the way, much merchandise is coming out to celebrate this TV series’ success. Urban Outfitters yet another store to jump on the bandwagon with Friends merch that we, diehard fans, simply can't ignore. Let’s go back in time and reminisce with these awesome purchases.