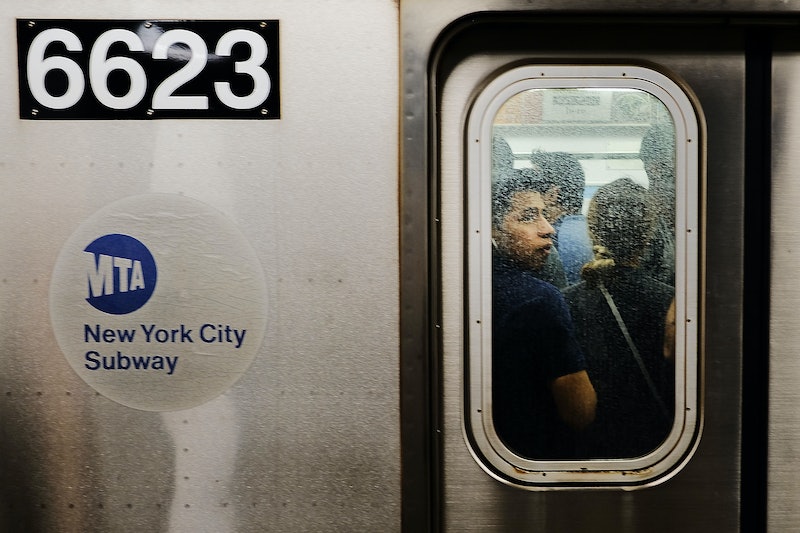 Flu season is always miserable, but this year's flu virus has proven especially concerning. In the U.S., we've seen a record number of deaths and hospitalizations. On top of that, the Centers for Disease Control and Prevention says flu activity is still on the rise, which means flu season will likely last for several more weeks. But a new study provides encouraging news: ultraviolet lights can kill flu germs without hurting humans, and it could change the way we view the virus. Researchers from the Center for Radiological Research at Columbia University Irving Medical Center in New York published their results in journal Scientific Reports Friday.

It's not groundbreaking that UV light can kill germs — scientists have known this for a long time. But conventional UV lights are harmful if you're regularly exposed and can cause skin cancer and cataracts, according to a press release about the study, so it hasn't been a viable solution for the flu. This new study examines far ultraviolet C (far-UVC) light, a light with a narrower range that is safe for humans.

During the course of the study, airborne flu particles were put in a test chamber and exposed to far-UVC light, and the light made the flu virus inactive. Basically, the researchers found that this specific UV light can stop the flu in its tracks without putting humans in danger. David J. Brenner, PhD, the director of the Center for Radiological Research at Columbia and the study's leader said in a press release that far-UVC light manages to kill the flu without posing significant risk.

“Far-UVC light has a very limited range and cannot penetrate through the outer dead-cell layer of human skin or the tear layer in the eye, so it’s not a human health hazard. But because viruses and bacteria are much smaller than human cells, far-UVC light can reach their DNA and kill them,” he said.

While these findings are encouraging, they won't help you right away because scientists need to do more research. If you're nervous about catching the flu right now, the most effective way to protect yourself is the flu vaccine. The CDC also recommends washing your hands frequently and staying away from people who have been diagnosed with the virus. One of the most encouraging findings from this study is that far-UVC lights could eventually be placed in hospitals, schools and airports to stop the spread of the virus. A study released last month by the University of Maryland School of Public Health concluded that the flu can be spread by breathing near someone who has the virus, which could prove catastrophic in crowded areas. But a strategically placed far-UVC light could significantly reduce the chances of you catching the flu from a stranger. From the study:

The results have promising implications. This could eventually be used to stop other airborne diseases, Brenner says in the release. “If our results are confirmed in other settings, it follows that the use of overhead low-level far-UVC light in public locations would be a safe and efficient method for limiting the transmission and spread of airborne-mediated microbial diseases, such as influenza and tuberculosis,” he says.

If you haven't gotten the flu this year, there's not much you can do besides follow the CDC's tips and wait for flu activity to decrease. But in future years, we may be able to stop the virus from becoming an epidemic early on, and we'll have ultraviolet lights to thank.