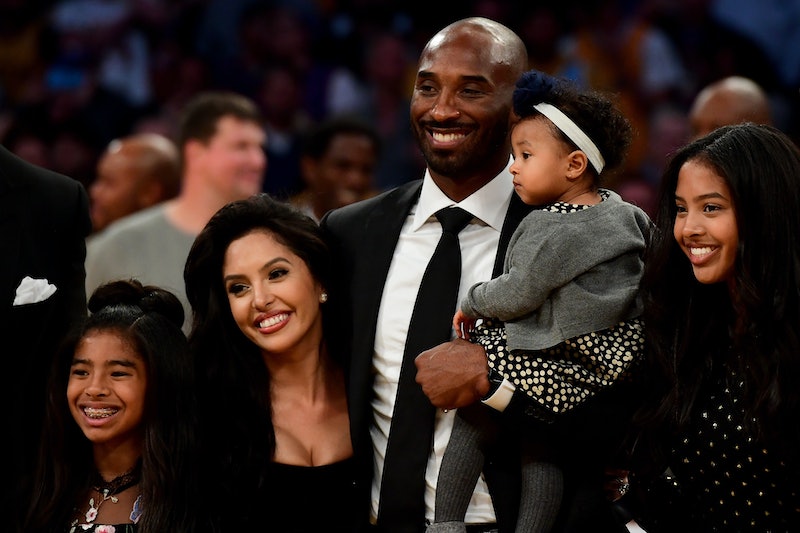 To commemorate what would have been her daughter's 14th birthday, Vanessa Bryant paid tribute to Gianna Gianna on May 1. In a series of two Instagram posts, Bryant remembered her “sweet baby girl” four months after the helicopter crash that also claimed the lives of her husband, Kobe Bryant, and seven others in January. Recalling an anecdote about her late daughter’s affinity for red bows, Bryant also ended her homage with a call to action rooted in kindness.

“Happy 14th Birthday to my sweet baby girl, Gianna,” Bryant captioned the first image of Gianna, all smiles in Mickey Mouse attire against a colorful backdrop. “Mommy loves you more than I can ever show you. You are part of MY SOUL forever.” Adding that she misses her “so much everyday,” Bryant wrote, “ I wish I could wake up and have you here with me. I miss your smile, your hugs and your giggles. I miss EVERYTHING about YOU, Gigi.”

In her second post, Bryant recalled Gianna’s love for wearing red bows in school photos (a color representative of life and love), and called on others to wear red and engage in an act of kindness in Gigi’s memory — since she “always gave everything she did her all and led with kindness.” Alongside photos of a red bracelet that reads “Gigi Bryant ❤️Mambacita,” she asked followers to share their homages with the hashtag #PlayGigisWay.

Per Bryant’s post, the red bracelets will soon be available to purchase, with proceeds benefiting the Mamba & Mambacita Sports Foundation, the family’s nonprofit organization that empowers marginalized communities through sports. Originally named Mamba Sports Foundation in reference to Kobe’s famed “Black Mamba” nickname, the foundation added “Mambacita” to its name in February to honor Gianna and the Bryant legacy.

The unexpected crash in Calabasas, California, in late January sent shockwaves across an international community of fans, athletes, and celebrities. Former president Barack Obama mourned the loss of the former Los Angeles Lakers basketball player, 41, and his daughter, 13, on Twitter. "Kobe was a legend on the court and just getting started in what would have been just as meaningful a second act," he tweeted. "To lose Gianna is even more heartbreaking to us as parents. Michelle and I send love and prayers to Vanessa and the entire Bryant family on an unthinkable day."

Bryant’s homage to Gianna comes after she paid tribute to her late husband on April 18 for their 19th wedding anniversary. She captioned a throwback image of the two on Instagram, “My king, my heart, my best friend. Happy 19th wedding anniversary baby. I miss you so much. I wish you were here to hold me in your arms. I love you.”

More like this
The 2023 Super Bowl Commercials Feature A 'Breaking Bad' Reunion & Missy Elliott
By Alyssa Lapid
Twitter Is Shook As Tom Brady Holds Back Tears Announcing His 2nd Retirement
By Marina Watts
David Beckham’s Controversial Qatar Deal Skyrocketed His Net Worth
By Catharina Cheung
Jameela Jamil Defends Sam Smith After Trolls Body-Shamed Them
By Jake Viswanath
Get Even More From Bustle — Sign Up For The Newsletter
From hair trends to relationship advice, our daily newsletter has everything you need to sound like a person who’s on TikTok, even if you aren’t.