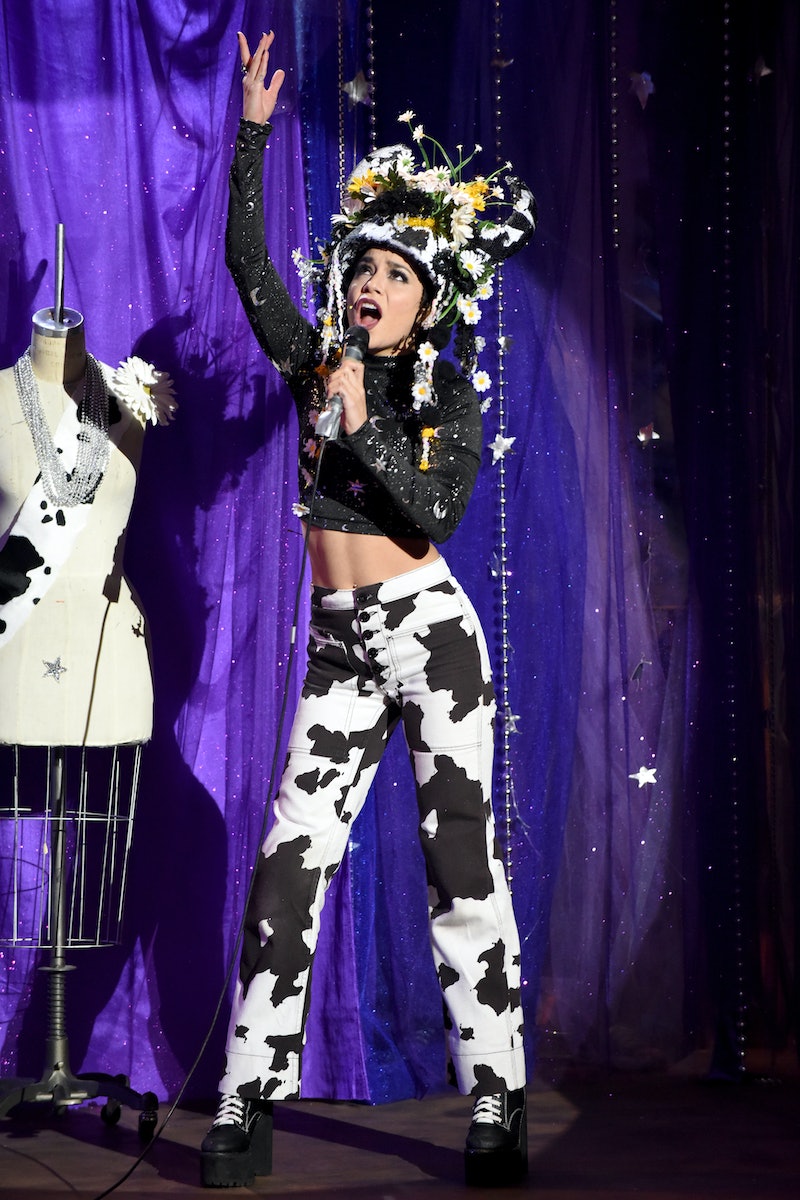 There are those songs that every Broadway fan knows, the ones that are the seminal tunes of the show — for Rent, one of those is "Over The Moon," Maureen's opening (and biggest) number. While protesting how homeless people are treated, she concocts a crazy story of cows and knives and forks — it's an allegory, OK? And on Rent: Live, Vanessa Hudgens' "Over The Moon" performance had fans breathing a sigh of relief.

Maureen is possibly the biggest vocal in the show, and in an interview with Playbill, Hudgens said that she wasn't ready to play Maureen the first time she did Rent as a live show at the Hollywood Bowl — she played Mimi instead. "I was not at a place of confidence in myself to do it at that time, but it feels very fitting that eight years later, I feel strong enough to play the part," she said. Later, she continued that Jonathan Larson himself, the late creator of Rent, was partly responsible for her taking the role as Maureen. "Jonathan Larson's whole thing was about finding his true, authentic voice as an artist, and that inspires me so much, so I've been trying to take the same approach in finding who Maureen is to me and making sure that is true," she said.

"Over The Moon" is Maureen's big number, and it was originated by Idina Menzel. Those are big shoes and a big voice to fill, and yet, fans were happy with Hudgens' take! Look at all these glowing reviews.

Hudgens certainly grew into the role of Maureen — she's been in musical theater for a long time (hello, High School Musical), working steadily enough to be able to have the chops to do a role like this. It's pretty amazing, and it's a testament to her work ethic and evolution as a performer. Plus, this is the perfect show to do it in.

As executive producer Adam Siegel told Variety, putting Rent on for a new audience is smart because Rent is for young people, for the future, and everyone can relate to it. "Rent was written by this young man who believed in true love, standing for what you believed in [and] that art was more important than anything else — all of these things that at some point in our lives we all believed too," Siegel shared to the publication. "For a young person it ignites that part of you, and for an older person it wakes up that part of you again, and that's the most fun thing to put into people’s living rooms."

Whether or not you thought the live show was the same caliber as the original, one thing can't be denied — Hudgens and the rest of the cast and crew deserve so many kudos for staging such a complicated production. Even among the broken bones and the TV errors, they did an amazing job. Now, when's the next musical?