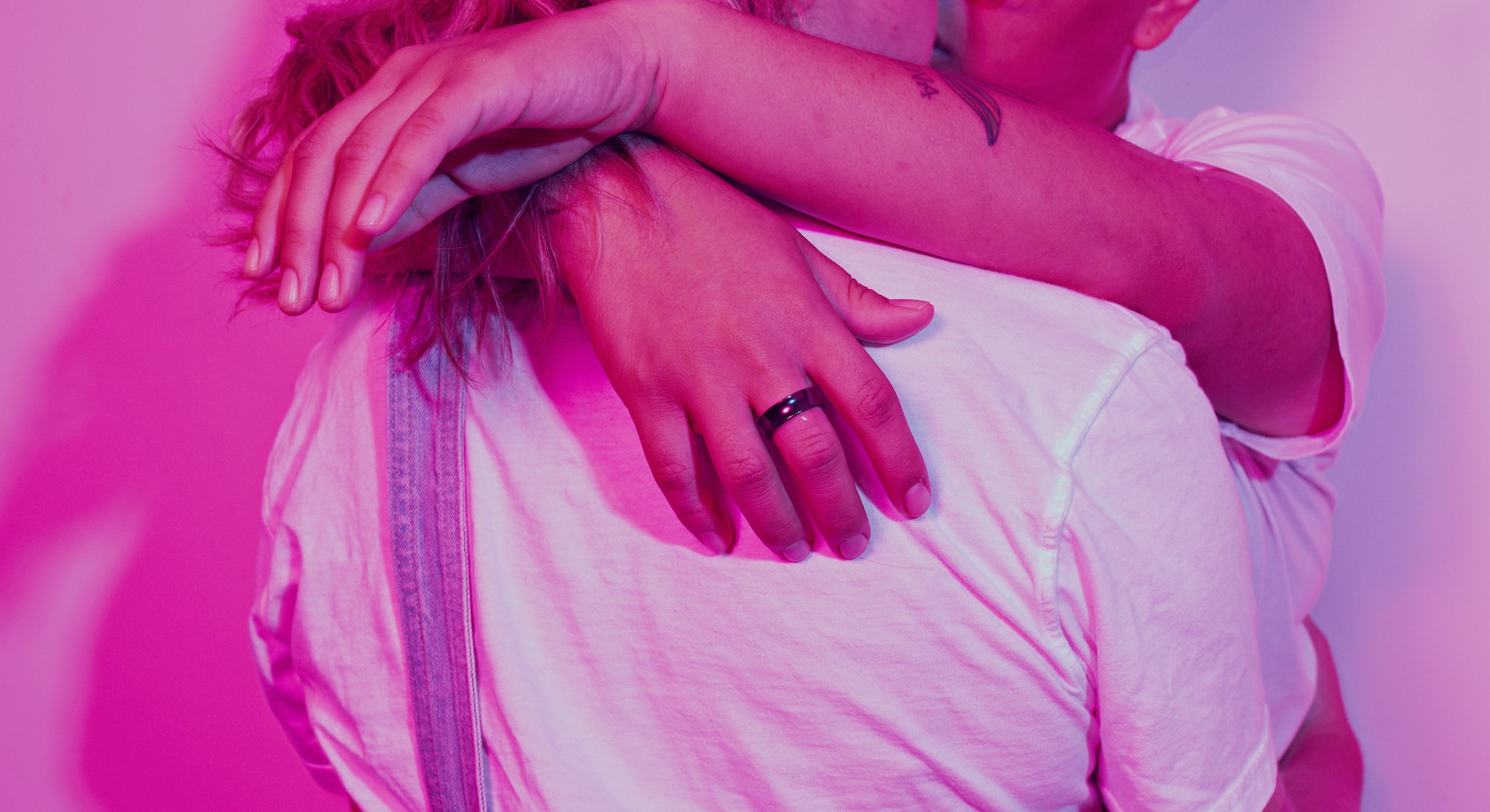 "I just think it's like a really good appetizer with no main course," one friend said to me. That may be true for her, but to assume that it's true for others isn't fair. What satisfies one person might not satisfy another, but the problematic way we talk about sex makes it hard for people to understand that it's multifaceted. And the root of the problem just may be intercourse and how we, as a society, interpret it.

That's why there's so much attention on the sex term "outercourse" right now. Outercourse, to put it simply, includes all kinds of sexual activity, including vibrators, massage, clitoral stimulation, and more — everything but penetrative sex. It's a way of acknowledging the fact that sex is about so much more than PIV. And it's time to really embrace it.

The problem is, we've already developed a dialogue that puts penis-in-vagina sex above all else. Focusing on it is an issue for a variety of reasons — it excludes LGBTQ couples, it doesn't recognize that most women can't come from vaginal penetration alone, and it makes us look at "foreplay" as something to get through in order to arrive at the main event.

But there is so much more to sexual pleasure. "In my book I use this quote: 'Instead of intercourse being the main course, it is now merely another a la carte in a satisfying sexual experience'," Dr. Dawn Michael, author of The Ultimate Intimacy Guide For Passionate People, tells Bustle. "When couples can enjoy all of the wonderful sexual experiences that have nothing to do with intercourse it can also create deeper intimacy as well as add spice to the relationship."

"I think many people equate intimacy with the in-and-out of sex," Amy Levine, sex coach and founder of Ignite Your Pleasure, tells Bustle. "It's often due to lack of relationship role models to teach them about true intimacy and lack of sex ed. Instead many people learn through trial and error and may not have a better understanding of what it takes to have better sex until the info pop-ups on the web or social media to educate them."

There are so many benefits to focusing on outercourse, and understandably, a lot of us probably need more of it in our lives.

Intercourse often just doesn't cut it for everyone, and research is constantly proving women need more to orgasm. Debby Herbenick, director of the Center for Sexual Health Promotion at Indiana University and a research fellow and sexual health educator at the Kinsey Institute, recently looked at data from 1,055 women ages 18 to 94 and found that only 18.4 percent of respondents said that intercourse was enough for an orgasm — that's such a tiny percentage. And yet, because of the focus on intercourse as being the end-all be-all, women can be made to feel like something is wrong with them for not coming during vaginal penetration alone. No one should feel self-conscious about something that is totally common and normal — and that's why outercourse deserves more attention.

"Different types of touch offer different sensations; sex toys and vibes can be a pleasurable addition to your repertoire," Stefani Threadgill, sex therapist and sexologist, tells Bustle. "I encourage patients to slow down and explore each other’s bodies; discover new erogenous zones. Many of my female patients say that their partner(s) go directly to the nipples, clitoris, and/or anus in order to please her and that they prefer a longer warm-up." If we can start thinking about every kind of sexual touch, including penetration, as equal, we start to have this amazing pick n' mix of pleasure.

But, embracing outercourse is about more than just pleasure. Another problem with our fixation on PIV sex is that it doesn't recognize all of the different sexual experiences people have and enjoy. Even with sex between two men, we often think of penetration as necessary for it to be "real sex" — despite the fact that many gay men don't engage in penetration every time they have sex. For lesbian couples, it's often thought that their sex is only "foreplay." The amount of times I've been asked, "But when does it end?" shows just how reliant we are on the idea of penetration — and the male orgasm — as the defining moment of sex. Sure, some lesbian couples use strap-ons, but not all. And not using one in no way makes the sex less complete.

Everybody's sex is going to look different, and that's fine. In fact, it's more than fine — it's great. It's time to start celebrating different sexual experiences and preferences, rather than engaging in a subtle hierarchy that one type of sex is better or more important than another. To start putting gay and straight sexual experiences on the same plane, we need better language. And outercourse can help.