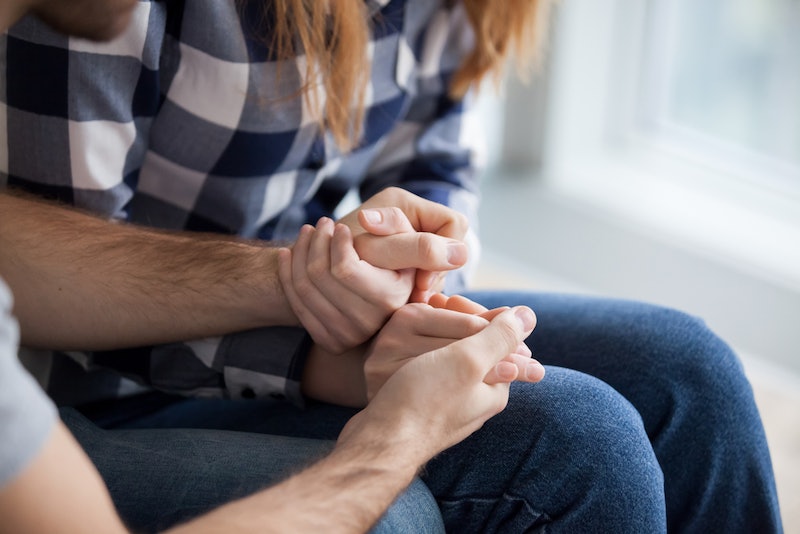 Mental health has become more widely and openly discussed in recent years, but borderline personality disorder (and those people who live with it) is rarely a topic of conversation — no thanks to stigma and stereotypes. However, there’s a much larger and urgent discussion we need to have about the link between borderline personality disorder and suicide.

As The National Alliance of Mental Illness (NAMI) reported, somewhere between 1.6 percent and 5.9 percent of adults in the U.S. are thought to have borderline personality disorder, aka BPD. The disorder is characterized by mood swings, an unstable sense of self, impulsive behaviors, persistent feelings of emptiness, self-injurious behaviors, a fear of abandonment, and difficulty maintaining relationships. Borderline personality disorder remains one of the most stigmatized mental illnesses, so much so that NAMI reported even some mental health professionals are biased against people with borderline personality disorder, and will limit the amount of patients they see with this diagnosis (or not accept them altogether).

Actor and comedian Pete Davidson has been open about his struggles in the past with mental health issues, particularly surrounding his borderline personality disorder. However, Davidson’s statement on Dec. 3, in response to the online harassment he’s received following his break up with Ariana Grande, addressed how borderline personality disorder and suicidality oft go hand-in-hand — an issue that largely goes unspoken. Part of Davidson’s statement read:

I've been getting online bullied and in public by people for 9 months. I've spoken about BPD and being suicidal publicly only in the hopes that it will bring awareness and help kids like myself who don't want to be on this earth. I just want you guys to know. No matter how hard the internet or anyone tries to make me kill myself. I won't. I'm upset I even have to say this.

While suicide prevention is important for everyone, people with borderline personality disorder are at a disproportionately high risk of dying by suicide. According to the Substance Abuse and Mental Health Services Administration (SAMHSA), up to 80 percent of people with this disorder attempt suicide at least once throughout their life. As an article in Psychiatric Times by Dr. Joel Paris discussed, long-term studies of borderline personality disorder revealed that around 10 percent of people living with this mental illness — one person in 10 — will die by suicide.

“With [borderline personality disorder], there are several factors that can contribute to destructive behaviors, suicidal thoughts, and suicide attempts,” Roberta Marin, LMHC, a psychotherapist and a member of the Alma mental health co-practice community in New York City, tells Bustle. “People who live with BPD often describe experiencing severe emotional distress that has the potential to lead to feelings of emptiness or even a desire to ‘escape.’ Hence, they may try to reduce their intense emotional pain through self-harm, suicidal ideation, or by attempting suicide.”

As someone who has lived with borderline personality disorder for over a decade (though officially diagnosed when I was 18), I know all too well the struggle with suicidality and self-harm that many people with borderline personality disorder must cope with. When emotions or situations become too intense, my brain misfires on repeat with thoughts of suicide or self-harm. This was especially the case earlier on in my life, before I had a psychologist I trusted, a long list of coping skills, and the right mental health medications.

“Before my diagnosis, I felt far more in the dark about my suicidal ideation. [...] After learning about the strong link between BPD and suicidal tendencies, my family history with suicidal thoughts, and reaching out to other survivors of sexual abuse, I feel more grounded,” Elena explains. “Don't get me wrong, I still have many days where I feel suicidal; the difference is, now, I am able to control those tendencies, and am in the process of forming healthy coping mechanisms.”

“As it can be extremely challenging helping those who we cherish and care for cope with suicidal thoughts, professional help is certainly recommended. Dialectical Behavior Therapy (DBT), in particular, has been shown to be effective for those living with BPD,” she says, adding that, “[DBT], for example, utilizes specific techniques to assess for and manage suicidality.” While DBT is often the go-to therapy for borderline personality disorder, you can always talk to your doc about what treatment options are available, and what may suit you best.

This is an exceedingly difficult subject to talk about — one that can be painful, uncomfortable, and even triggering to some of us. However, as the common phrase goes, secrets keep you sick. And so does stigma. The more we spoke freely about mental illness and suicide, like Davidson did, the more people with borderline personality disorder will feel safe enough to seek support when feeling suicidal or distressed.