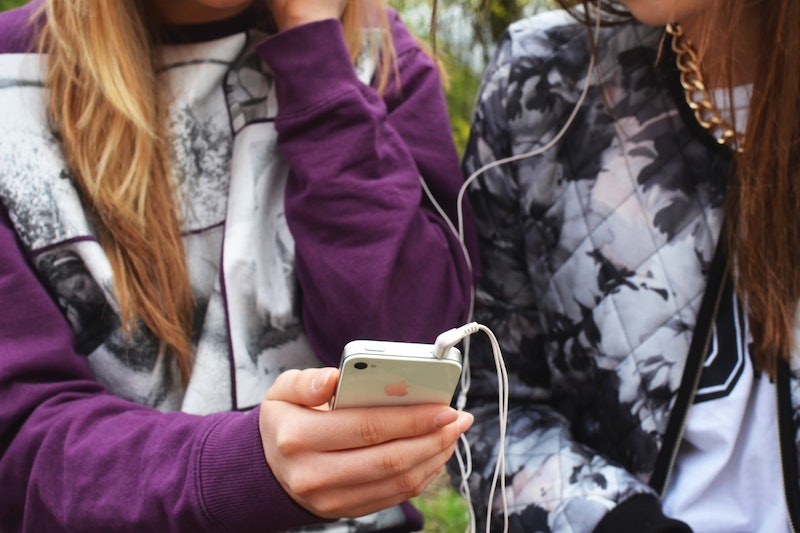 It's no secret that millennials have disrupted myriad marketplaces by finding new ways to do things. The generation has been blamed for everything from the demise of the nuclear family to the death of chain restaurants. But, the question remains: What are millennials really spending money on? A new survey from ThermoSoft asked 1,000 people what modern luxuries they couldn't live without, after their basic needs of food, water, and shelter were met, and almost everyone, including Baby Boomers, cited Wi-Fi and smartphones as must haves. What millennials in particular are buying stands out because their purchases are focused, not only convenience, but on self improvement.

The survey results reveal that perhaps everyone is responsible for the demise of modern retail with all of their online shopping, not just millennials. In fact, there has been such a diatribe about everything millennials are doing to ruin things that other generations hold near and dear that Washington Post columnist Alexandra Petri crafted a clever tongue-in-cheek editorial lamenting on her role in the epic erosion of modern society in a hilarious take down of millennial critics.

Petri argues that millennials are being criticized for spending money on things that bring them joy, and not buying items other generations want them to indulge in to continue the cycle of American consumerism because, frankly, it's ridiculous. I can relate. When people try to sell me a cable package, and I tell them I don't have a TV, they look at me like I have two heads. And, I'm OK with that because I can put that extra $100 toward a trip to Europe while they're home watching cable.

So, now that society as previous generations have known it ceases to exist, what's really important to you as a millennial?

What You Can't Live Without

While everyone cited the internet and smartphones as can't-live-without items, millennials are particularly dependent on their phones. I get it, I'm right there with you. Leaving the house without my phone sends me into a panic because without it I don't know anyone's phone number, I never have change for a payphone (do those still exist?), and I don't know how to get around Los Angeles because I never had to learn thanks to my phone being so smart. And, while I can still tell you the first two phone numbers I had as a child, I couldn't tell you my mom's current phone number.

"It's no surprise that internet access and smartphones rank at the top, each with the highest score of the lot," the survey cited. "Nearly all basic needs, as well as convenience needs, can be researched or accessed through the internet. As a bonus, the internet also provides entertainment and communication, thanks to devices like smartphones."

Another thing that millennials have been criticized for, valuing experiences over things, also ranked high on the list in the form of international travel. Because, millennials want to see the world rather than encase themselves in a prison of luxurious household items. Thrive Global reported that this is actually really good for you.

"Over the past decade, psychologists carried out a great amount of research proving that, in terms of happiness and a sense of well-being, spending money on new experiences is much more profitable than buying new things," Miles Demars-Rote, blogger and founder of Wellness Gangsters, wrote. "It brings more joy."

You Spend Money To Take Care Of Yourself

Millennials also taking better care of themselves than any previous generation, so it's no surprise that a gym, or some type of fitness membership, is also high on their list of priorities. NPR reported that "more millennials reported making personal improvement commitments than any generation before them." They spend twice as much as Baby Boomers on self-care essentials such as "workout regimens, diet plans, life coaching, therapy, and apps to improve personal well-being."

Perhaps this is why millennials aren't too bugged by that whole demise of the chain restaurant thing, because they're so well taken care of. As a millennial, you also value ride-sharing services like Uber and Lyft, and many millennials don't even own a car. Additionally, you recognize that having a soundtrack to your life is a non negotiable. I will admit to paying for Spotify premium, and I am in fact streaming Lady Gaga's "Joanne" album as I write this. Because, music makes me feel better while the world is burning down around me. Truth be told, it's part of my self care.

And, while you know that if you ate fast food all the time you might eventually be able to buy a home in a plum location in 50 or 60 years, as a millennial, what you put in your body is important to you. And, surprisingly, it's also important to the generations that criticize your love of avocados.

"Responders recognize that there are cheaper ways to eat — for example, brown bagging their lunch and buying canned produce instead of fresh — but the convenience, lifestyle match, and social aspects make eating out and [eating] higher quality foods very popular," according to the survey results.

Additionally, in an email to Bustle, no-fee bank Simple said it analyzed thousands of millennials’ spending habits across dating apps and found that millennials are spending an average of $32 a month for paid dating apps to try to find their perfect match.

No One Care About Towels

So, what ranked lowest on the list of must haves? Luxury towels. True story. I mean, seriously, how much time do you spend thinking about towels? My requirements for an acceptable towel include a low price, and whether or not it's going to shed little towel fibers all over me. Otherwise, a towel is a towel.

I also don't care about having a television. Personally, I haven't had a TV in six years, and I don't miss it at all. While I stream everything on my computer, Gen-Xers and married couples of all ages still rely on their DVRs. However, both alcohol and tobacco ranked more important than the DVR for everyone, right above Spotify. Perhaps this is because of the ongoing dumpster fire that is the Trump administration.

As far as companionship, women ranked having a pet as the third most important thing after Wi-Fi and smartphones, and married couples can't live without a dishwasher because dishes can cause epic fights, even with a dishwasher because then there's the question about how to load it. Remember Crosby and Jasmine's dishwasher debacle on Parenthood? In relationships, let's approach everything related to dishes with caution.

What This Means For The Future of Humankind

"Surveys like this show that while we may live in the digital age, and technology is constantly outsourcing more and more tasks to automated machinery, we are only one power outage, internet-service disruption, or zombie apocalypse away from relying on just the basics," the researchers said.

Maybe the zombie apocalypse is when I will finally appreciate premium towels since I will want to be swaddled in comfort while I'm sitting with my dog drinking a glass of wine and singing to myself when I can't get online. This will likely be more distressing for me than the onslaught of zombies, who are probably just looking for Wi-Fi and a cellphone signal like the rest of us.