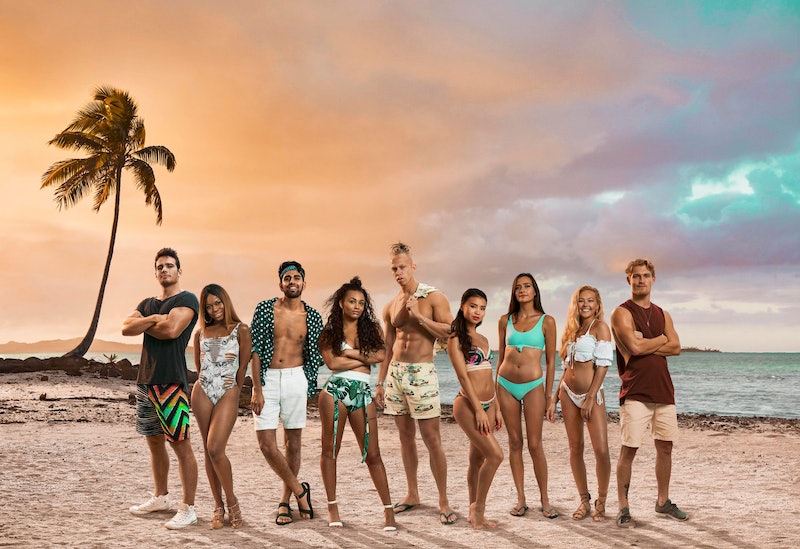 If you have a job that's a tad on the tedious side, you probably find yourself thinking about food a lot. When the day starts to drag, you probably finding yourself drifting off to the sweet place that is your own mind, considering what grub you are going to gobble down on your lunch break. But y'all, imagine if your actual life was just sitting on a beach all day with pretty much nothing to think about? Yep, you would be thinking "food, food, food" all day long. But the food on Shipwrecked is absolutely not something to be dreaming about.

Oi! Dinner's ready! Come on down! What's for dinner then? Five star cuisine? Bit of delicious barbecue on the beach? Beautiful island eats and a few chips on the side?

It's not quite that, so I wouldn't get too jealous of the contestants. This may look like a honeymoon destination but when it comes to nosh it's way less luxurious. But there are carbs. A lot of carbs. I contacted a representative for the show who told me what castmates can expect to eat.

"There are food provisions such as rice, pasta, rice pudding, tinned fish," they said. "And of course they are surrounded by natural food supplies like coconuts and fish which they can catch for themselves. Some of the islanders also brought food in as their luxury items."

Several of the cast mentioned the carb situation, which must have been very trying for them. Just kidding — marooned on a beautiful desert island with nothing but carbs to eat? Sounds like flipping heaven to me babes.

But TBH the carbs mentioned are largely like, plain rice. I mean how boring can you get?

According to the press pack, some of the contestants were a little more creative in their food prep with one particular contestant thinking back to her favourite take away and using coconut water to cook the rice. Ugh, so yum. Liv, the youngest islander is the creative genius behind this recipe.

"I brought coconut rice to the island. We had rice there and I was the one who boiled it in coconut water".

However, Liv wasn't the only person who reckons they are the master chef in the camp. Big T said her role was total mum vibes, and says she cooked for everyone.

Big T might have been cooking all those delicious carbs for everyone but you know what she missed most during her stint on the show? "Bread," she told Channel 4. "I really missed a good old sarnie. I didn’t miss home because I was in paradise and in the most beautiful place on earth. I love city living but nothing can compare to that".

It remains to be seen whether trainee Marine Tom was able to wangle a bit of fresh fish for the islanders, or if anyone was any good at foraging to boost their meals.

Guess you will have to tune in to find out.