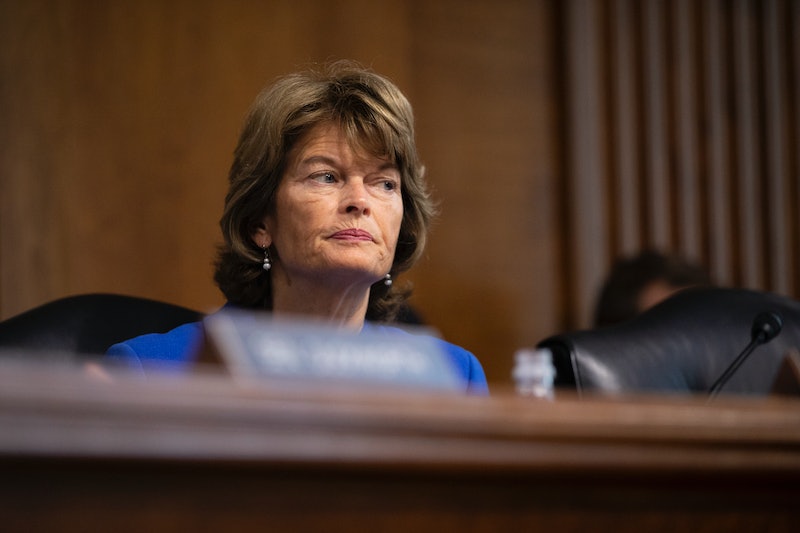 Montana Sen. Steve Daines announced earlier in the week that he would likely have to miss Saturday's full-Senate vote in order to attend his daughter's wedding. Although Murkowski remained a "no" in Kavanaugh's confirmation, she withdrew her vote and ultimately voted as "present," so that Daines would not have to rush back to D.C. to place his vote.

Voting "present" did not change the outcome, but it did ensure that the Senate did not have to wait for Daines' return to conclude the vote. In a statement issued by Senate Majority Leader Mitch McConnell's office on Friday night, a McConnell spokesman explained this arrangement.

“When a senator is necessarily absent (for example, attending their daughter’s wedding), they can ‘pair’ with another senator who is voting the opposite way,” the spokesman said.

Daines had planned to vote in favor of Kavanaugh's confirmation, while Murkowski had intended to cast a "no" vote. Had Murkowski voted "no" as planned, CNN reported, Republican senators may have had to wait for Daines' return, in case he became the deciding vote. But by pairing up with Daines and recording her vote as "present," Murkowski enabled the vote to conclude while not affecting the final vote margin. If both senators had been present to cast their votes, Kavanaugh would have been confirmed with 51 votes in his favor and 49 against. Due to the pairing strategy, he was instead confirmed 50-48; the margin did not change.

"If he were present and voting, he would have voted 'aye,'" Murkowski explained after the rest of the senators had cast their votes. "I have voted 'no.' The pair will not change the outcome of the vote. I therefore withdraw my vote."

Another Republican lawmaker from Montana — Rep. Greg Gianforte — initially offered Daines the use of his private plane to return to Washington. Murkowski, however, wanted to save Daines the potential trouble of leaving his daughter's wedding, and explained on Friday that she was pairing with Daines "as a courtesy to my friend."

"I do hope that it reminds us that we can take very small, very small, steps to be gracious with one another and maybe those small, gracious steps can lead to more,” Murkowski said.

Murkowski acknowledged prior to the vote that her opposition likely would not stop Kavanaugh from being confirmed. Indeed, according to The Hill, Maine Sen. Susan Collins' announcement on Friday that she would vote in Kavanaugh's favor gave Republicans the 50 votes they would have needed to enter a tie-break. Mike Pence would then have cast the tie-breaking vote, if necessary. However, West Virginia Sen. Joe Manchin — a Democrat — soon joined Collins in announcing his support for Kavanaugh, giving him 51 votes, including Daines', and ensuring his confirmation.

Saturday's confirmation vote was interrupted various times by protesters in the gallery, but Kavanaugh was ultimately confirmed to the Supreme Court, becoming the second justice appointed by Trump.