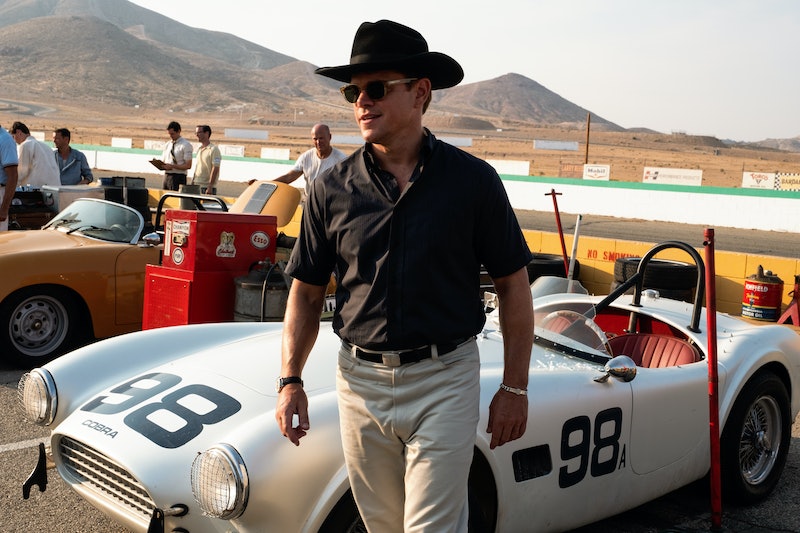 With a title as on the nose as Ford v. Ferrari, the players in the conflict depicted in the new James Mangold film, out Nov. 15, are pretty clear. However, those not well versed in car culture most likely don't know the specifics of the drama leading up to the 1966 24 Hours of Le Mans sports car endurance race that the film covers. Nor would most understand how triumphant was the upset of the infamous Scuderia Ferrari racing program losing to the Ford GT40, an American-built car designed by a team led by Carroll Shelby (played by Matt Damon in the film). But what happened to Carroll Shelby after his win? The man who quite literally built his life around cars kept doing so, while continually innovating and improving on his own ideas.

The 1966 win was personal for Shelby. Though he's mainly known among gearheads as the creator of the Cobra and Shelby Mustang, Shelby got his start in cars as a driver, and a great one at that. In 1955, Shelby turned down an offer from Ferrari to race for them. Per Hagerty.com, Shelby told the president of the company himself, “With all due respect, Mr. Ferrari. I got three kids at home. I make more money driving in the States.” When Enzo Ferrari said Shelby should be honored they'd even made an offer to him, Shelby got up and walked out. The same article notes he also felt the company was responsible for the 1958 death of his good friend Luigi Musso after the Ferrari he drove in a race flattened and spun out.

Shelby's Ford GT40 won the 1966 race, vindicating American design and putting him on a new career track. While his relationship with Ford lasted from the '60s through his death in 2012, he spent the '80s working with Dodge, particularly modifying the Dodge Viper to be faster, lighter, and stronger; Motor1.com declared the car to be his true and finest legacy in engineering.

He was inducted into the Motorsports Hall of Fame and the Automotive Hall of Fame in 1992, and while his car legacy is his strongest claim to fame, he had a diverse array of interests he pursued, including hunting, flying planes and... making chili. Shelby was co-inventor of one of the country's biggest chili cook-offs. He and fellow chili enthusiast Wick Fowler set up the Terlingua, Texas contest up in 1967 to settle a longstanding feud between two Texan journalists who each claimed they had the best bowl. Shelby stood sideline as judge.

Meanwhile, the driver/designer's personal life was intense as the cars he raced. Autoweek reports that Shelby was married a total of seven times, including to TV actor Jan Harrison, who appeared on Flipper, Gunsmoke, Bonanza, and many other shows. He had a heart transplant in 1990 and immediately bounced back to work, and his son donated a kidney Shelby had transplanted in 1996. These medical incidents and the time he spent in hospitals inspired him to set up the Carroll Shelby foundation, funding children and doctors helping children battle life-threatening diseases around the world.

Shelby's boundless energy and constant curiosity lasted him his entire life. In 2007, when the Los Angeles Times asked the then-84-year-old Shelby to name the most exciting experience of his life, his answer was simple: "Tomorrow."