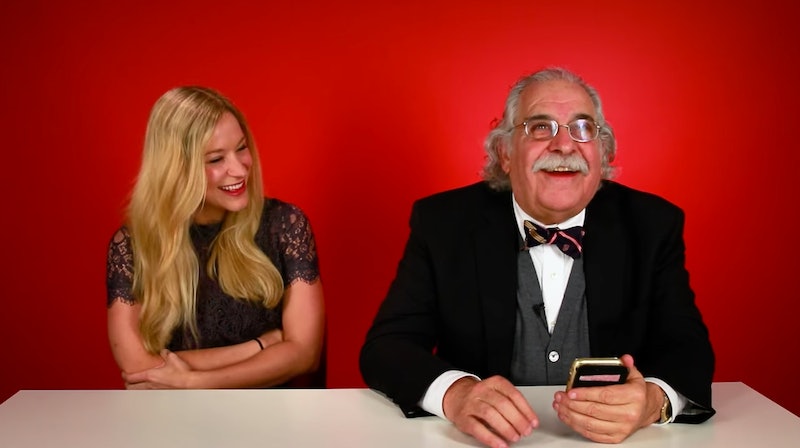 Although most folks under 30 have grown up with digital dating as the norm, those a bit older often don't have any idea how rough it can get out there in the world of swiping left and right. In a new BuzzFeed video, parents read their daughter's Tinder messages, and they are not amused by the Pandora's box of horrors they unleash.

The median age of Tinder users is 26, and the dating app boasts seven million monthly users who are pretty evenly spit gender-wise. Ask any woman about her experiences on dating apps, however, and they are likely to differ exponentially from your average dude's.

According to Instant Checkmate, a public records search engine, 42 percent of female online daters have felt harassed in their bid to meet someone new. The most common behaviors they've encountered include death threats and sexist or racist epithets directed at them. And the number one word used to insult a woman? "Bitch." Followed closely by "fat," of course. In short, it's not easy out there, and parents likely have no idea what their daughters are dealing with. Here's what dads and moms learned about what it's like to be a young woman on Tinder these days:

More like this
The Differences Between Kinks & Fetishes, Explained
By Lexi Inks
Are Quality Time & Gift-Receiving Love Languages Compatible?
By Lexi Inks
It's A Pleasure #53: Help! My Boyfriend Won't Tell Me Why He Stopped Going Down On Me
By Sophia Benoit
Breeding Kinks Have Been On The Rise Since Roe V. Wade Got Overturned
By Lexi Inks
Get Even More From Bustle — Sign Up For The Newsletter