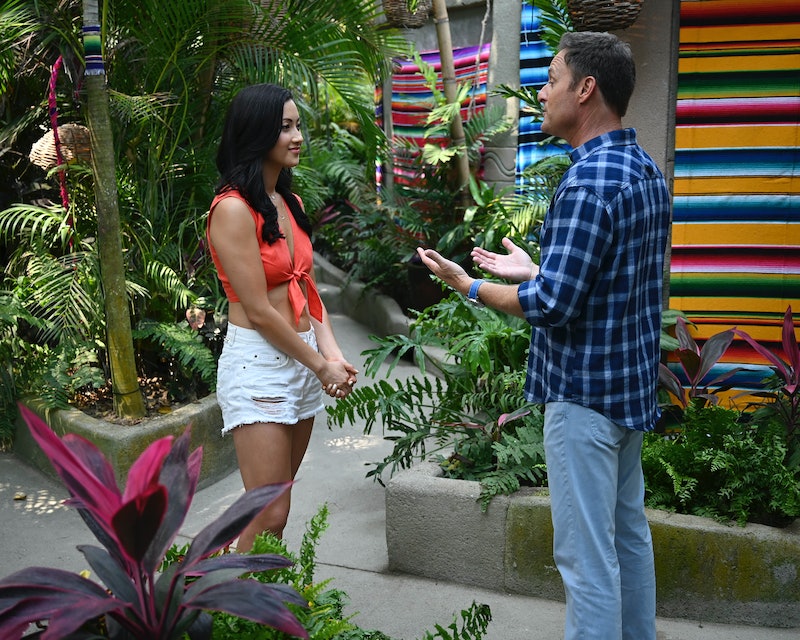 Getting onto The Bachelor isn't easy, but leaving it has to be even harder. Whether you don't get a rose from the Bachelor or Bachelorette or you decide to go home by yourself, you've given up so much of your life just to be on reality television. One example of this is Sydney Lotuaco from Colton's season, who eliminated herself from the competition early on. Sydney's been doing a ton since Colton's season, but it looks like she's ready to take a shot at love again on the beach.

Sydney and Colton got along OK when she was on his season of The Bachelor, but ultimately, Sydney decided to call it quits because he was barely paying any attention to her. At the time, Sydney said, "He's giving a lot of other girls more opportunities and chances. I feel I'm everything he's searching for, but he's not looking at me. He's looking at everything but me." That's gotta hurt, but at least she took the hint before wasting any more of her time.

Sydney never got a one-on-one date or anything of the sort, so everything she said was true. Colton had other priorities and rather than wait around, Sydney opted to return to New York City and continue to live her life.

Right after the episode where she left aired, Sydney posted a very personal post on Instagram saying that she auditioned for The Bachelor as a joke and never thought she would make it.

"I didn’t fail, I tried my hardest, I was authentic and ultimately did the thing that I would have always wondered about had I not gone," she wrote. And while she wondered if she should have even left her dream job — she was a dancer for the New York Knicks basketball team — ultimately, Sydney said, she didn't want to live in "what ifs" and is choosing not to look back and doubt herself. Though she's never had a real boyfriend because she's always chosen to focus on career, it doesn't mean that it will never happen. It just hasn't happened yet. That's advice that a lot of single people could definitely take for themselves.

Since The Bachelor, it seems like Sydney is back to her old life. She's still teaching at Physique57, a fitness class, and her Instagram bio mentions that she's a model and a dancer — both things she was doing before she decided to quit her life for Colton on The Bachelor. The biggest change right now is probably that she's going to be on the next season of Bachelor In Paradise and hopefully connects with someone there.

Maybe being on Bachelor In Paradise means that Sydney is finally putting love as top priority instead of her job. Everyone's life shifts and moves around, and now, perhaps Sydney is enlisting Chris Harrison to help her find her forever dance partner. He's helped many other couples, so why not her?

At the very least, she's smart enough to know that if the going gets tough down in Mexico, she can just leave. It doesn't hurt to try.