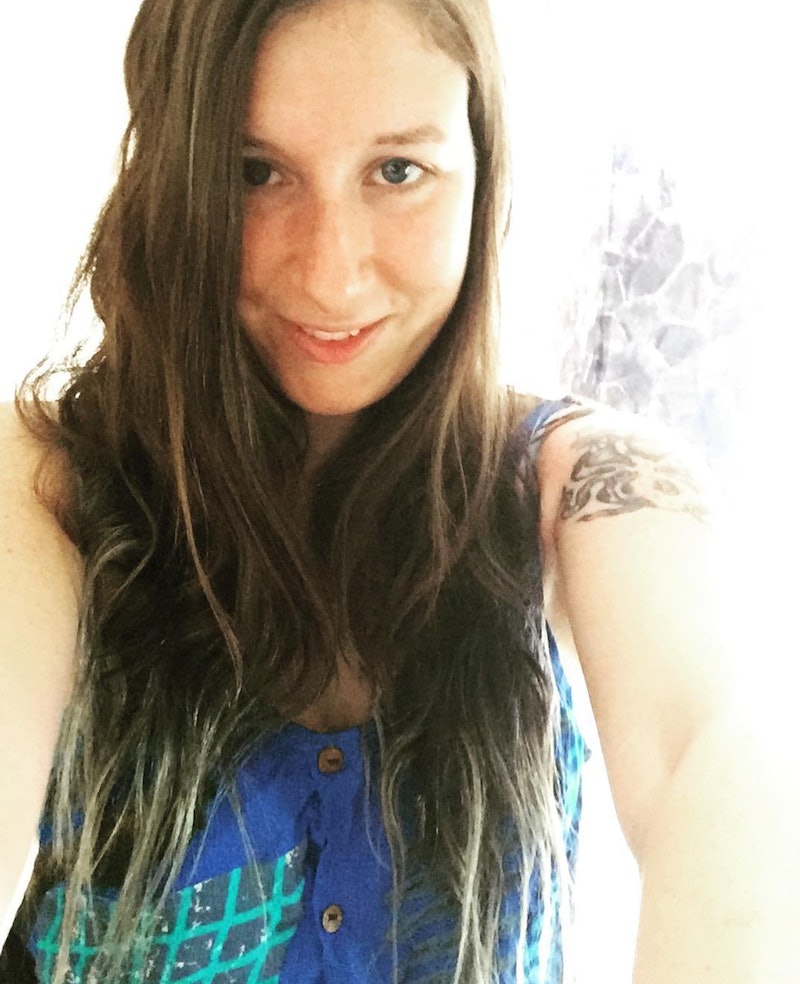 A few months ago, a friend told me about a man named Rob Wergin who could reportedly heal people through the power of his touch. This sounded too good to be true, but she told me she always felt uplifted after listening to his “divine transmission calls.” She also told me he’d had success healing Lyme Disease, a condition I suffer from. The very next morning, I received an email inviting me to attend one of Wergin’s workshops. I figured it was a sign, so I accepted. Wergin told me it’s best if you go to more than one workshop, so I signed up for two days in a row.

My attempts to research what exactly it is Wergin does left me pretty confused. His website describes his work as “energy and life transformation.” It reads, “Rob’s intention is to be a portal of the highest light as it creates transformation for your highest good. During distance work, Rob will bring forth your Divine Light and Love and allow the miracles of Source to come forth."

According to the site:

Still stumped, I figured I’d have to see what exactly he did for myself.

In what seemed like some sort of office building in Culver City, California, Wergin's assistant Jane greeted me outside the room he'd rented out. She explained that the room was full of massage tables, under each of which there was “healing water” we should drink. I drank my cup (healing water tastes like regular old water, in case you’re curious) and lay down on a table.

When the session started, Wergin told us to just relax and let whatever happens happen. He told us some weird stuff had happened in the past, from people screaming like demons to people falling asleep to people feeling spirit guides tap their shoulders. “There’s nothing I haven’t seen,” he said.

I decided this was going to be interesting… until a few minutes in, when it hit me that I’d have to just lie there for two hours listening to spiritual music while Wergin walked around putting his hands on people. I've done my share of New Age things, but this was perhaps the most New Age of all. There were around two dozen people in the room, so I had to wait a while for my turn. Nobody was making demonic noises, and I didn’t feel any angels on my shoulder.

For many people, this would not be such an issue. They might just rest or go to sleep and enjoy the relaxing music. However, I was having a rough day with my Lyme symptoms — non-stop rage attacks all day and full-body twitches the moment I relaxed. I lay there with my eyes open, thinking, and Jane kept telling me to just relax. If only she knew! Actually, though, she did kind of know. She said they’d helped heal people with Lyme before and that I should think of the twitches not like my usual twitches but like a discharging of energy.

When Wergin got to me, he put his hands on my stomach and sort of jiggled me around, then pulled at my feet. He went around the room doing this to everyone three or four times. A couple people cried during their turns, but I didn’t feel much of anything. He seemed to see how pained I looked and asked if I was feeling anxious. “More like angry,” I said. “Good,” he replied. “Let it out.” I wasn’t sure what an acceptable way to let it out was; I didn't want to become future proof that he'd seen everything by screaming and yelling. So, instead, I kicked my legs and waved my hands. Soon, the session was over. “You were getting the hang of it at the end,” Jane said.

I walked in the next afternoon feeling slightly annoyed that I’d have to lie down and do nothing for another two hours but also slightly hopeful that I was apparently starting to get it right. When we started, I went straight for the leg kicking, hand waving, and arm pumping. I looked like a maniac, but I didn’t care. OK, so I kind of cared. But I didn’t feel self-conscious enough to lie there in misery again.

The first time Wergin got to me, he told me I looked different. “You’re shaking off all the anger and shame and guilt,” he said. By the end, his stomach-jostling was tickling me. “You look so different,” he said at the end. “Lighter.” I felt lighter, too. I was bursting with energy and optimism and childlike playfulness as I got up.

Before we took home bottles of “healing water” and a bottle of “transformational bath” potion, Wergin took questions. I asked him how exactly this works. “I’m removing the negativity and making space for the positivity and light to come in,” he said.

He explained to me later over email that his “shaking” technique facilitates emotional transformations that can in turn facilitate physical ones. “Our bodies hold onto emotions, and they build up and become very dense and then block our energy and that creates disease,” he told me. “The beings that work through me transmit high-frequency energy and high-frequency vibration through my body to break up the density. It comes down through my hands. As the vibration breaks apart the density, the shaking helps the release. At the same time, Divine Light (unconditional love) is transmitted down through my hands to fill the spaces in the body where the density used to exist.”

When I got home, I realized I wanted to go to the beach. Normally, I’d suppress this desire and force myself to work instead. But today, I told myself, “We can go to the beach! Whatever will make you happy,” as if I were talking to my inner child. As I walked to the sand, I pictured myself hold the hand of my five-year-old self, and as I ran to the ocean, I pictured her scampering around. “Look at the sunset, isn’t it pretty?” I said in my head as I gazed over the water. I’ve been doing something similar almost every day since then.