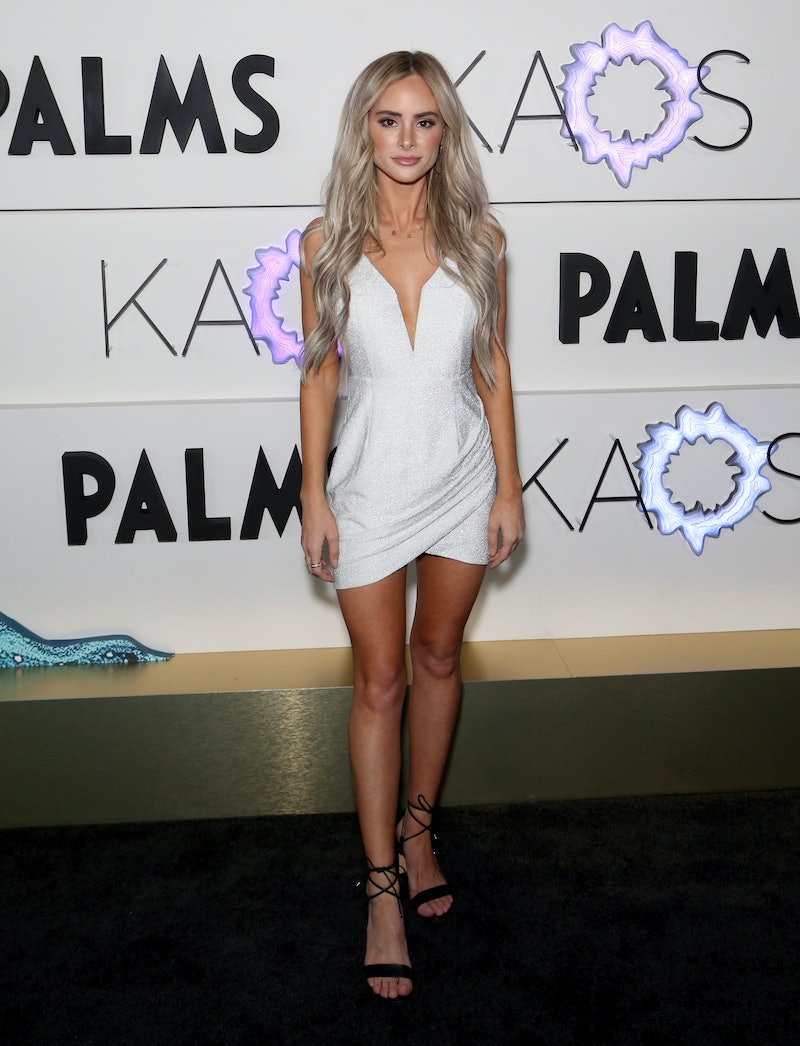 As far as the third runner-up from Ben Higgins' season of The Bachelor is concerned, you only Paradise twice. In a new interview with Entertainment Tonight, Amanda Stanton said she's done with Bachelor in Paradise, and no, this is not one of those "never say never" situations that so many reality stars love to dangle in front of us. Amanda, who was on the third and fourth seasons of BiP, has had enough of the pressure that can come with trying to find love on The Bachelor spinoff. And so, she has closed that door.

"I would never go back to Paradise. It's so much better being on the other side of the TV, and not being a part of all the drama, because it's really stressful. That's why I feel for Blake [Horstmann], because I was so stressed when I was involved in all the drama on the show."

Two long years have passed since Amanda was last on Bachelor in Paradise, and it is totally understandable if you are a little fuzzy on the details and can't remember what transpired. Well, what do you know, I am more than happy to provide a quick refresher: All the way back in 2016, Amanda and Bachelorette Season 10 winner Josh Murray were two of the six contestants to leave Paradise Season 3 engaged. They stayed together for a few months, but ended things that December. Amanda shared with Entertainment Tonight just last Thursday that their breakup was "definitely the hardest" for her, emotionally speaking. She continued, "I feel like it was because he was probably the person I was most excited about and really saw a happy future with."

Less than a year after she and Josh called off their engagement, Amanda gave Paradise another shot, and that is where she hit it off with Bachelorette Season 11's Robby Hayes. However, their relationship did not last once they were back in the "real world."

Amanda moved on from Paradise, like, right away. After she and Robby broke up in 2017, Amanda told Glamour that she was “positive” Season 4 would be her “last time” on the series. “I was pretty over it even like a little during the season,” she explained. “At times I was like, ‘Uh…’.”

Amanda also confirmed to People that she is "done with all the Bachelor shows." She added, "I’m glad I came back this season, but I’m done." Around that same time, she told E! News that she planned to steer clear "of dating from the franchise from now on" and hoped to "meet someone the normal way."

Amanda’s gone on to date outside Bachelor Nation. Robby has been linked to multiple reality stars. Oh, and Robby and Josh wound up in Todd Chrisley’s statement regarding his daughter Lindsie Chrisley’s alleged extramarital affairs. Todd's claims about Robby and Josh caught many a reality TV viewer off guard, but they apparently did not shock Amanda. When ET asked her about the matter last week, she said, "I was like, 'Of course. Those two — of all people!'"

Her two stints on BiP didn't pan out for her in the long run, but by golly, have they paved the way for some wild reality TV content. If it was not for Amanda, would we have ever gotten the bonkers opening credits bit involving a man in a pizza suit? Shudder to think.